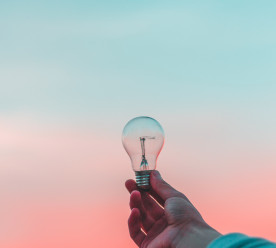 The UK Government has opened two innovation funds aimed at helping businesses plan and deploy technology to help reach net-zero emissions by 2050. The two fund challenges, run by UK Research and Innovation (UKRI) on behalf of the government have opened, allow businesses to apply for a share of up to £1 million to develop plans to decarbonise industrial clusters and another share of up to £1 million to create roadmaps toward net-zero by 2050. Up to £140 million could then be accessed by successful applicants. The Deployment and Roadmaps funds are being opened as part of the wider Industrial Decarbonisation challenge that commits £170 million towards technologies such as carbon capture and hydrogen networks. These technologies will help decarbonise industrial clusters located in Grangemouth, Merseyside, Teeside, Humberside, South Wales and Southampton. The Government is aiming to establish the “world’s first net-zero carbon industrial cluster by 2040 and at least one low-carbon cluster by 2030”, as part of the Industrial Clusters Mission. (edie)

German supermarket chain Lidl has redistributed the equivalent of more than four million meals since 2017, as it announced plans to donate a further 250,000 meals to community groups before Christmas 2019. The giveaway is part of Lidl’s ‘Feed It Back’ initiative, which aims to slash food waste across the retailer’s supply chain, targeting a 25 percent reduction per store by the end of 2020.  Launched in 2017, Feed It Back has redistributed more than 1,800 tonnes of surplus food among more than 1,500 organisations. Lidl is now partnering with the charitable platform Neighbourly to give away a further 250,000 meals between 6 November and 25 December, highlighting they are able to “cut down on food waste and support the important work these groups are doing”. The UN Food and Agriculture Organisation estimates that around a third of the food humanity produces each year ends up as waste. (Business Green)

Argentina has changed its definition of waste in a move that could allow it to import millions of tonnes of plastic waste discarded in the US. The country’s president, Mauricio Macri, signed a decree in August reclassifying some materials destined for recycling as commodities instead of waste, allowing looser oversight of mixed and contaminated plastic scraps that are difficult to process, and are often dumped or incinerated. Social and environmental groups say the decree is illegal and calls for a global trend toward improving controls over waste imports. Jim Puckett, the executive director of the Basel Action Network, a group that fights the export of toxic waste from industrialised societies to developing nations, said: “they’re willing to become a sacrificial country where the rest of the world could send their waste and they could profit from it”. Waste pickers in Argentina, who sift through piles of plastics to collect those that are deemed worth recycling, have protested against the decree, as it is expected to decrease the value of the domestic plastics they retrieve. (The Guardian)

The BBC has “deliberately misled” female employees over their salaries, Britain’s main journalism union claimed when it gave evidence in a landmark gender pay case against the public service broadcaster. Michelle Stanistreet, general secretary of the National Union of Journalists (NUJ), claimed “many” women at the BBC had been lied to “over their salary levels, in some cases despite explicitly querying whether they were being paid equally to male comparators”. The NUJ is backing Newswatch presenter Samira Ahmed, who has taken the BBC to the tribunal over claims that she was paid less than colleague Jeremy Vine. Ms Ahmed said she was paid £440 per episode, by contrast, Mr Vine made £3,000 for each Points of View programme before he took a £1,700 pay cut to help the broadcaster address its gender pay gap. The BBC, however, said the large pay discrepancy was due to significantly higher market rates for presenters working on entertainment programmes compared with news. (Financial Times*)

To accelerate the shift to renewable energy, the United Nations Economic Commission for Europe (UNECE) has launched specifications that enable the classification and reporting of solar and wind energy resources in an internationally-harmonised manner. Similar specifications already exist for bioenergy and geothermal energy and are also being developed for hydropower and marine energy. The new specifications will make it possible to assess wind and solar energy resources in different geographical contexts in comparison with alternative energy sources. The assessments will inform policy decisions on increasing renewable energy investments, with significant potential for climate action. The specifications, developed by an international team of experts, are part of the United Nations Framework Classification for Resources (UNFC), a global system used by countries and companies to classify and report both non-renewable and renewable resources. UNECE Sustainable Energy Director Scott Foster encouraged “all energy resource stakeholders to use UNFC to optimize their resource portfolios in line with the 2030 Agenda for Sustainable Development, thereby contributing to investment in and development of sustainable energy”. (UNECE)