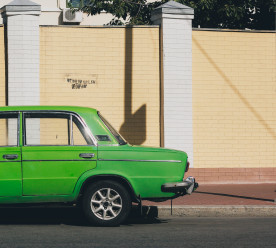 The Department for Environment, Food and Rural Affairs (Defra) has launched a new initiative bringing together businesses, NGOs and policymakers in a joint ambition to making the UK’s IT sector more sustainable. Called the ‘Defra e-Sustainability Alliance’ (DeSA), the coalition consists of 16 organisations which the Government already works with, either in a supplier capacity or as an NGO partner. This coalition of organisations, which includes the likes of Dell and Capgemini, will be producing regular blogs for Defra, outlining best practice advice on the ways in which IT firms of all sizes can minimise their environmental impacts and how non-IT businesses can use digital technologies to drive progress towards the Sustainable Development Goals (SDGs). In a first step towards this knowledge sharing, DeSA published a guide detailing how businesses can use IT to align their work with the SDGs and the UK Government’s 25-Year Environment Plan. DeSA’s founding members also include the UN’s Environment Programme (UNEP), Unicef UK, The Responsible Business Alliance (RBA), Vodafone, Microsoft and WWF. (edie)

Mango, Farfetch and Decathlon are among a coalition of 24 other big-name fashion brands to have signed Kering‘s ‘Fashion Pact’, committing them to net-zero emissions globally by mid-century. Unveiled at the G7 summit this summer by Kering’s chairman and chief executive officer, Francois-Henri Pinault, the Fashion Pact binds signatories to set science-based emissions reduction targets in line with a 1.5oC trajectory – which, according to the Intergovernmental Panel on Climate Change (IPCC), will require most organisations to reach net-zero carbon status by 2050. It additionally requires signatories to remove all single-use plastics from business-to-business and consumer-facing products and services by 2030 and to support new technologies aimed at minimising waterborne microplastic pollution – a key source of which is the laundering of synthetic fabrics which contain polymers, such as polyester and viscose. The Pact was initially signed by 32 fashion companies, including H&M Group, Inditex and Nike. This week saw a further 24 join the list, bringing the number of brands covered to 250. (edie)

Growing demand for SUVs (Sport Utility Vehicles) was the second largest contributor to the increase in global CO2 emissions from 2010 to 2018, analysis by the International Energy Agency has found. In that period, SUVs doubled their global market share from 17% to 39% and their annual emissions rose to more than 700 megatonnes of CO2, more than the yearly total emissions of the UK and the Netherlands combined. No energy sector except power drove a larger increase in carbon emissions, putting SUVs ahead of heavy industry (including iron, steel, cement and aluminium), aviation and shipping. The recent dramatic shift towards heavier SUVs has offset both efficiency improvements in smaller cars and carbon savings from electric vehicles. Figures show the average mass of new cars rose 10% between 2000 and 2016, which the group suggested could be down to a trend towards SUVs, heavier automatic and dual-clutch gearboxes and the inclusion of other equipment including cameras and sensors. (The Guardian)

A coalition of ten of the world’s largest seafood companies have joined a scheme connecting businesses, non-profits, scientists and public sector bodies in a bid to tackle the 640,000 tonnes of fishing gear abandoned in the world’s oceans each year. This waste, also known as ‘ghost gear’, is estimated to represent 10% of all marine debris and as much as 70% of all macro-plastic in the ocean. The companies, including Cargill and Thai Union, are the latest signatories to the Global Ghost Gear Initiative (GGGI), which was set up by non-profit World Animal Protection in 2015 to help remove some of the millions of abandoned fishing nets, pots and lines that get left in the sea each year. Once dumped, this ghost gear is likely to remain present for more than 600 years and has been found to bring about declines of 5-30% in fish stocks. The GGGI’s supporting organisations have collectively committed to supporting 30 projects addressing ghost gear by 2025. (edie)

Offshore windfarms ‘can provide more electricity than the world needs’

Erecting wind turbines on the world’s best offshore sites could provide more than enough clean energy to meet global electricity demand, according to a report from the International Energy Agency (IEA). A detailed study of the world’s coastlines has found that offshore windfarms alone could provide more electricity than the world needs – even if they are only built in windy regions in shallow waters near the shore. The analysis revealed that if windfarms were built across all useable sites which are no further than 60km (37 miles) off the coast, and where coastal waters are no deeper than 60 metres, they could generate 36,000 terawatt hours of renewable electricity a year. This would easily meet the current global demand for electricity of 23,000 terawatt hours. The study predicts offshore wind generation will grow 15-fold to emerge as a $1 trillion industry in the next 20 years and will prove to be the next great energy revolution. (The Guardian)