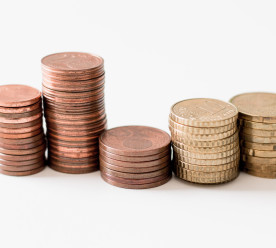 Melinda Gates, the philanthropist and co-founder of the Bill and Melinda Gates Foundation, has announced that she will be committing $1 billion over the next 10 years “to expanding women’s power and influence in the United States.” “I want to see more women in the position to make decisions, control resources, and shape policies and perspectives,” Gates writes in an op-ed for Time magazine. Gates highlights that today, women hold just 24 percent of seats in Congress and only 6.6 percent of Fortune 500 CEO positions, with women of colour holding up even fewer. Gates emphasized that through her company, Pivotal Ventures, she will put resources behind companies and organizations that are “taking innovative and diverse approaches to expanding women’s power and influence.” The funds will focus on three key priorities; removing the barriers women face advancing professionally, fast-tracking women into previously male-dominated industries, and “mobilizing shareholders, consumers, and employees to amplify external pressure on companies and organizations in need of reform.” (CNBC)

Business consulting giant Capgemini has launched a project which uses artificial intelligence (AI) to support farmers in improving environmental practices on their land. The project, called FARM (Financial and Agricultural Recommendation Models) is delivered in partnership with social enterprise Agrics and provides more than 200,000 small-scale farmers in Kenya with big data capabilities to monitor information such as weather patterns and soil quality. The platform uses AI to “intelligently” collect and process the data, before providing the user with personalised insights and recommendations to optimise crop yield and eliminate inefficiencies. It is hoped the project will lead to be better water management, reduced use of fertiliser and reduced food waste throughout the value chain and improved incomes for farmers. The move from Capgemini forms part of its overarching vision to help its staff and clients act as “architects of positive futures” where, it claims, AI could play a key role in maintaining food security. (edie)

The Climate Action 100+, a group of 370 global investors overseeing more than $35 trillion in assets has seen positive responses from corporates on calls to cut net emissions to zero by 2050. The Climate Action 100+ call for corporates to implement specific measures in order to drive the business sector towards a low-carbon economy. The group’s first progress report has revealed how investor engagement with 161 ‘focus companies’ has helped to push climate change up the agenda, but that more needs to be done to meet the rapid decarbonisation required to deliver the Paris Agreement. The group found that just 9 percent of the focus companies, considered the most polluting global corporates, have set targets aligned with the 2oC warming goal of the Paris Agreement. In total, 70 percent of the firms have long-term emission reduction targets. In particular, the report notes that investor pressure played a key role in net-zero commitments from corporates including Nestlé, ArcelorMittal, Centrica and Thyssenkrupp in the last seven months. (edie)

The French bank, BNP Paribas, has teamed up with global coffee giant Neumann Kaffe Gruppe to establish a $25 million loan facility aimed at supporting long-term, sustainable sourcing of coffee from smallholder famers across 10 countries. The revolving loan facility has been set up in support of Neumann Gruppe’s sustainable sourcing initiative, “NKG Bloom”, which is designed to financially assist more than 100,000 coffee farmers, as well as offer them sustainability training and resources. The initiative enables farmers to secure, manage, and diversify their supplier base, adopt sustainability principles, and ensure their farm is economically viable, thereby helping to tackle poverty and climate change in coffee communities. The loan facility has been set up in partnership with Dutch banking firms ABN AMRO and Rabobank and is structured so that the partner banks share the direct risks, should a farmer default on a loan. (Business Green)

Ride-hailing firm Uber has launched an app to connect temporary workers looking to work shifts with businesses trying to plug gaps in their rosters. The app, called “Uber Works” and being trialled in Chicago, will show workers the available shifts in a certain area and help businesses that struggle to staff up during peak demand. The move to diversify its core business comes at a time when Uber’s main ride hailing operations face competition in Asia, while the U.S. company is also facing regulatory scrutiny for classifying its drivers as independent contractors. Uber said Uber Works will partner with staffing agencies such as TrueBlue – which employ, pay and handle worker benefits – and connect directly with businesses. Users of the app can get detailed information about shifts that they are interested in, including information about gross pay, work location and skills, or required attire, Uber said, adding that the app will enable time-tracking by allowing users to clock in and out and log breaks. (Reuters)