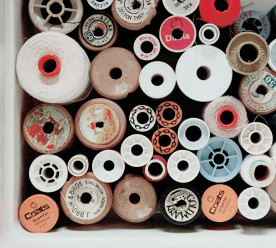 Financial services corporation Mastercard has launched a global effort to pay garment factory workers digitally, a pivot the industry is making from traditional cash payroll to ensure workers receive their hard-earned wages securely and consistently. With industry partners including clothing giants Levi Strauss & Co., Marks & Spencer and VF Corporation; and global non-profit Business for Social Responsibility (BSR), the program aims to improve the wellbeing of factory workers who currently lack access to financial tools and services. Globally, 230 million adults – nearly 85 percent of adults in low-income countries – who work in the private sector, receive their wages in cash which creates significant challenges for both employees and factory owners as workers are at risk of theft, have limited ability to save and often have to take days off to travel miles to pay bills. Mastercard and its partners are coordinating pilots for the new process in Egypt and Cambodia where wages will be deposited directly into worker’s accounts. (Sustainable Brands)

Boeing, after facing harsh criticism that it failed to focus on safety while developing and building the 737 Max, is establishing an aerospace safety committee on its board following two fatal crashes that killed 346 passengers. The new committee will be permanent and led by retired Adm. Edmund Giambastiani Jr., former vice chairman of the Joint Chiefs of Staff who will oversee a three-person committee whose other members will be Boeing directors Lynn Good, chairman and CEO, Duke Energy, and Lawrence Kellner, president of Emerald Creek Group and former chairman and CEO of Continental Airlines. In addition, Boeing’s board says it will add safety-related experience to the list of criteria it will consider when choosing directors. Following two 737 Max crashes within the last year, Boeing has been criticized for not having more board members with extensive backgrounds in safety-related matters. In the same week, the Wall Street Journal reported that Boeing engineers working on the 737 Max’s flight-control system omitted safeguards included in an earlier version of the system used on a military tanker jet. (CNBC, CNBC)

US-based consumer goods firm SC Johnson has revealed it has achieved a 1.7-million-kilogram reduction in the amount of plastic used in its primary packaging, as outlined in the firm’s 2018/19 sustainability report. The reduction has helped push the percentage of the company’s plastic packaging that recyclable, reusable or compostable from 90% the year prior to 94%. SC Johnson’s commitment was made to the Ellen MacArthur Foundation’s New Plastics Economy initiative, where it joined more than 250 other organisations in committing to ensuring 100% of plastic packaging can be reused, recycled, or composted by 2025. SC Johnson has since forged a new partnership with the Foundation, in a bid to scale-up closed-loop solutions. This will connect the company to its nine other Global Partner corporates, including Nike, Unilever, Google and H&M, while SC Johnson will invest in research, development and trials of new products and materials. The company is also partnered to the NGO Plastic Bank which has helped create nine recycling centres in Indonesia to help local communities manage ocean-bound plastic waste. (edie)

Swiss chocolate maker Barry Callebaut – one of the largest in the world, supplying to Nestlé, Hershey, Unilever – has launched a new recipe which it claims is the first to use the entire cacao or cocoa fruit – as opposed to just the beans. The company said it is aiming this new product at the younger generation seeking healthier and more sustainable products. About 70% of the cacao fruit is typically discarded in the traditional process of making chocolate, which is increasingly regarded as very wasteful. The company says using the entire fruit, from beans to peels, pulp and juice, results in a range of products that can be used in desserts, juices and baked goods. The so-called WholeFruit chocolate is the latest innovation from the Swiss chocolatier, which is facing pressure to innovate and experiment with new products amid growing competition in the global market. Higher cocoa prices have squeezed the profits of chocolate-makers already under pressure as consumers shift toward healthier alternatives. (The Guardian)

Beer giant Carlsberg is poised to half the amount of water needed to run its brewery in Fredericia, Denmark, with the unveiling of plans for a ground-breaking water recycling plant at the site. The Frederica brewery is set to be home to Carlsberg’s first water recycling system, which will reduce average water consumption at the site from 2.9 hectalitre (hl) of water per hl of beer to 1.4. Carlsberg says the system will make it the first brewery to “virtually eliminate water waste”, future-proofing the site as part of the firm’s Together Towards ZERO sustainability strategy. The upgrade is also expected to cut energy consumption by 10 percent by reusing hot water and generating biogas. The company said it expects the water recycling plant to be in test production by the end of 2020, and fully operational by early 2021. Fredericia is acting as a test bed for the water recycling technology, and Carlsberg suggested that, it could start rolling out the technology to its breweries more widely. (Business Green)