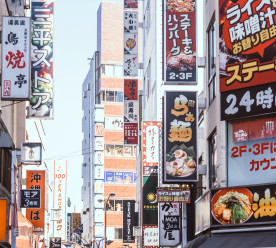 Some of Wall Street’s largest asset management companies are failing to fulfil commitments in fighting the climate crisis, according to a new report. The report by the Washington DC-based Majority Action and the Climate Majority Project, claims that BlackRock, the world’s largest asset manager with more than $6 trillion under management, and Vanguard, with assets of $5.2 trillion, have voted overwhelmingly against the key climate resolutions at energy companies, including a resolution at ExxonMobil’s annual shareholder meeting, and at Duke Energy. The report claims that if BlackRock and Vanguard had not voted against these investor efforts, at least 16 climate-critical shareholder resolutions at S&P 500 companies would have received majority support in 2019, representing a significant corporate shift on climate. Refusing to use their proxy votes to support shareholders’ resolutions means letting companies off the hook – even as the climate crisis threatens their investors, their business models and the planet, the group says. Both Blackrock and Vanguard have stated climate change as an investment risk and committed to sustainable investing. (The Guardian)

Japan’s largest companies have signed up to new environmental disclosures at a faster rate than their European and US rivals, as Tokyo prepares to ramp up its implementation of climate standards before the 2020 Olympics. Nearly 200 of Japan’s big companies and agencies, including Mazda Motor, Nomura and Sony have complied with the Task Force on Climate-related Financial Disclosures (TCFD), a framework for climate impact reporting that was created by Mark Carney, governor of the Bank of England, and other central bankers in 2015. Initially drawn up in response to a request from G20 leaders at a time of heightened international concern over the effects of climate change, the recommendations ask companies to report on how they are addressing associated risks within their sectors. The 172 Japanese companies supporting the TCFD puts the country ahead of the US, where only 107 companies have backed the measures, and the UK, which has a tally of 109 adoptees. (Financial Times)*

US attack on WHO ‘hindering morphine drive in poor countries’

An attack on the World Health Organization (WHO) by US politicians accusing it of being corrupted by drug companies is making it even more difficult to get morphine to millions of people dying in acute pain in poor countries, say experts in the field. Representatives of the hospice and palliative care community said they were stunned by the Congress members’ report, which they said made false accusations and would affect people suffering in countries where almost no opioids were available. “At least 5 billion people live in countries where there is limited or no availability of opioids for pain treatment,” according to the International Association for Hospice and Palliative Care (IAHCP). More than 18 million people a year worldwide die with “untreated, excruciating pain”, the organisation says. The report published earlier this year has undermined efforts to encourage governments to buy generic morphine or other appropriate opioids and doctors to prescribe them, dealing a severe blow to the struggle to help people dying in acute pain from cancer, Aids, injuries and other conditions, the IAHPC says. (The Guardian)

The Body Shop, a British cosmetics company, is trialling a refill station in its new concept store in Bond Street, central London. Tapping into growing consumer concern about the impact of single-use plastics on the environment, the Bond Street store will include a water station for customers to refill their bottles. Most of the materials in the shop are upcycled, including till points rescued from landfill and stools made using reclaimed steel and recycled wood. An activism zone designed to empower girls and women and encourage shoppers “to come up with ideas for how they can help their local communities”. Additionally, shoppers can also use a packaging return scheme to bring back empty bottles and containers from any brand, with the incentive of a £5 voucher for every five returned. The Body Shop’s managing director, Linda Campbell, said the brand was hoping to revive the spirit of its founder, with environmental and community-minded initiatives designed to put it back at the forefront of ethical business. (The Guardian)

More than $1 million per minute is being provided as global farm subsidies, much of which is driving the climate crisis and destruction of wildlife, according to a new report. The analysis, published by the Food and Land Use Coalition (FOLU), as reported last week, also highlighted the economic boost a transition to sustainable food and land use could generate. Just 1% of the $£560 billion a year given to farmers is used to benefit the environment, with a large amount promoting high-emission cattle production, forest destruction and pollution from the overuse of fertiliser. It identified that the security of humanity is at risk without reform to these subsidies, a reduction in meat eating in rich nations and other damaging uses of land. Redirecting the subsidies to storing carbon in soil, producing healthier food, cutting waste and growing trees is a huge opportunity. The report rejects the idea that subsidies are needed to supply cheap food, finding that the cost of the damage currently caused by agriculture is greater than the value of the food produced. (The Guardian)