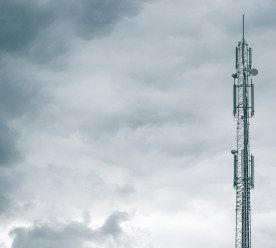 Telecommunication providers, BT Group and Vodafone Group are among a coalition of over 50 mobile operators to have agreed to begin publicly disclosing their climate impacts. The businesses, convened by trade association GSMA, have committed to disclose their energy use, greenhouse gas (GHG) footprints and wider climate impacts through CDP, an organisation that supports businesses to disclose environmental impact. GMSA advocates a roadmap which would enable all members to set approved 1.5C science-based targets, in line with the Science Based Targets Initiative’s (SBTi) criteria, reaching the net zero target “significantly ahead of” the IPCC’s recommended deadline of 2050. GMSA director general Mats Granryd said “the mobile industry will form the backbone of the future economy and therefore has a unique opportunity to drive change across multiple sectors and in collaboration with our suppliers, investors and customers”. (edie)

Major firms sign up to The Climate Group’s ‘Cooling Challenge’

Some of the largest companies in India and the Middle East, including industrial giant Mahindra & Mahindra, Indian conglomerate Godrej, and Dubai retailer Majid Al Futtaim, have signed up to a new corporate challenge to cut the carbon impact of their cooling systems. Called the ‘Cooling Challenge’, created as part of The Climate Group’s EP100 programme, members commit to using energy in their operations more efficiently. The Climate Group works with businesses and governments to address climate change and have partnered with the Alliance to Save Energy, which aim to accelerate a clean economy, to introduce this initiative. A key component of the Cooling Challenge is to find ways of running cooling operations, such as air conditioning, more efficiently. The number of air conditioners in use is expected to rise from 1.2 billion today to 4.5 billion by 2050, which could see emissions from the sector grow 90 percent by 2050. The Climate Group stress that participating companies could more quickly reach their energy productivity goals and benefit from greater economic output per unit of energy consumed. (Business Green*)

The first major international conference exploring the #MeToo movement is taking place in Reykjavik, hosted by the Icelandic prime minister, Katrín Jakobsdóttir, who said she hoped it would contribute to “relegating sexual harassment to history”. #MeToo revealed many cases of systemic harassment in non-unionised jobs and saw thousands of women take to Facebook to share their stories. The three-day gathering will explore why the movement first gained traction, and the effect it has had across different countries and sectors. Panellists scheduled to appear include the UN spokeswomen on addressing sexual harassment, the cofounder of the UK’s Women’s Equality party amongst other campaigners and activists. Jakobsdóttir stated that the conference is intended to “create a platform for an international and in-depth conversation about the impact and the future of #MeToo”. It will provide an opportunity to expand the conversation to listen to voices that haven’t been heard, including those with more insecure employment whose status might have affected their ability to file a complaint. (The Guardian)

Consumer goods giant, Unilever, has been accused of offering food products that haven’t been fortified to add necessary nutrients that mitigate health concerns. A new report, by campaigners, the Changing Markets Foundation, Proyecto Alimente and ContraPESO, accuses Unilever of failing to keep to global commitments on nutrition. Specifically, it states that Unilever is not fortifying its Maizena Natural product in Mexico. In 2002, a law came into force requiring all wheat and maize flours available for sale in Mexico to be fortified as a means to combat malnutrition and micronutrient deficiencies, which are serious health concerns in the country. It identified nutrient levels were found to be less than advertised on the package. In response Unilever says it is engaging with Changing Markets about their research and stated they “aim to provide at least 15% of the recommended dietary allowance per serving, based on international guidelines”. Safe Food Advocacy Europe’s (SAFE) secretary general, Floriana Cimmarusti, stated that the study identifies the “stark gap between companies’ official commitments and communication, and their actual practices”. (edie)

United Auto Workers at car manufacturer, General Motors (GM), called a strike for the first time in over a decade as contract negotiations reached an impasse. The workers are demanding higher pay, more benefits, more job security and a greater share of profits. However, GM stated they “presented a strong offer that improves wages, benefits and grows U.S. jobs in substantive ways”. Now nearly 50,000 union employees at GM’s US plants and distribution centres have joined the strike, which if extended could result in earnings of just $250 per week. Throughout the contract negotiations union officials have repeatedly said that their membership saved the once troubled GM, but now that the company is profitable the workers want profit sharing. One analysis suggests that the stoppage could cost GM $50 million a day in lost earnings. (The Guardian, Bloomberg*, CNN)

Image source: gray radio tower under the cloudy sky during daytime by Echo Grid on Unsplash