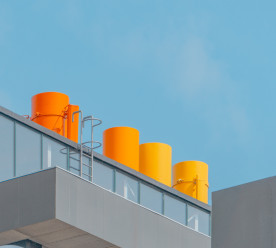 Big US fund managers that have promoted their credentials in tackling sustainability issues have done little to support environmental and social shareholder proposals, their voting records reveal. During the 2019 shareholder voting season, funds labelled by BlackRock, JPMorgan Asset Management and Vanguard as sustainable frequently sided against shareholder proposals on issues ranging from political spending to diversity disclosures, according to the US Securities and Exchange Commission. The data comes as environmental, social and governance (ESG) funds have received criticism for the companies they hold, such as oil and gas producers and gun manufacturers. As previously reported, Vanguard discarded a number of stocks that seemed at odds with its ESG funds. The voting data raises new questions about whether social and environmentally conscious investors’ expectations are being met as they pour billions of dollars into ESG funds. Blackrock’s chief executive Larry Fink continues to press that his company will become a global leader in sustainable investing. (Financial Times*)

An alliance of energy companies, including National Grid, Drax and Equinor, have initiated multibillion-pound plans for the UK’s first carbon-neutral “industrial cluster” in the Humber region. The companies are leading a campaign to shrink the carbon footprint of Britain’s most polluting industrial zone, which threatens to undermine the UK’s goal to become carbon-neutral by 2030. The cluster includes hundreds of refineries, factories and the Drax coal-fired power plant near the Humber estuary, safeguarding 55,000 jobs and a local industrial economy worth £18 billion a year. The alliance plans to trial world-leading technology to capture and store carbon emissions from factory and power plant flues before they enter the atmosphere. It also hopes to use carbon capture while breaking down natural gas to create hydrogen, which can be used in industry, heating and transport without creating climate emissions. UK urban centres, such as Bristol, Glasgow and Edinburgh are also contending for investment to become the country’s first carbon-neutral city. (The Guardian)

EU countries have ‘no concrete plans’ to phase out fossil fuel subsidies: report

Not a single EU member state has so far outlined a comprehensive plan to phase out fossil fuel subsidies, despite a commitment taken at the G20 ten years ago to eliminate them, according to a study of the bloc’s 28 National Energy and Climate Plans. Only nine EU countries have reiterated their commitment to end fossil fuel subsidies as part of their national plans, according to the analysis by the Overseas Development Institute (ODI), Friends of the Earth Netherlands, and Climate Action Network (CAN) Europe. While six of nations envisage concrete steps, these are often limited to targeted subsidy schemes, rather than a comprehensive plan, the analysis found. Five EU countries – the UK, Germany, Greece, Poland, and Slovenia – are even looking to introduce new subsidies by 2030, many of which are labelled as ‘low-carbon transition support’. At the G20 in 2009, EU governments committed to stop subsidising fossil fuels, a pledge they reiterated at the G7 in 2016, agreeing to a deadline of 2025. (edie)

The majority of companies, such as Glencore, Vale and Jiangxi Ganfeng Lithium, that mine copper, lithium and other minerals used in solar panels, wind turbines and battery-powered cars are riddled with exploitation, a new study has found. The analysis, by international non-governmental organisation Business & Human Rights Resource Centre, shows that efforts to power societies using non-polluting sources are mired in human rights violations and destructive environmental practices. Nearly 9 in 10 of the top mineral mining companies have been linked to human rights violations since 2010, the centre’s analysis showed. Among the 167 allegations made against 37 companies, cases also include the denial of access to water, violation of environmental regulations and displacement of local communities, especially concerning indigenous peoples’ rights. With the demand for the minerals is expected to increase, the Centre said firms and governments must step up to protect workers risking their lives in toxic and perilous working environments in countries such as Chile, Zambia and the Democratic Republic of the Congo. (Eco-Business)

UK supermarket ASDA is to trial a new invisible food coating that claims to treble the shelf life of fresh fruit and vegetables. ASDA announced a new partnership with US start-up Apeel, to pilot its plant-derived, water-based coating in a bid to cut the supermarket’s food waste. Apeel-coated clementines are now on sale in two ASDA stores. It is the first time the coating has been trialled in the UK, after winning approval from EU regulators. The trial will test how Apeel’s coating performs through the supply chain and under differing storage conditions. The technology is already in use across the US in stores Costco, Kroger and Harps, where it is extending the shelf life of apples, lemons, limes, and asparagus. ASDA suggested the Apeel coating could reduce the amount of pesticides needed to treat foods after harvest and reduce the volume of plastic packaging needing to keep food fresh. (Business Green)