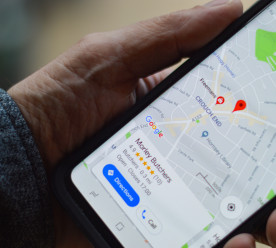 Tech giant Google has added a new feature to its Maps service, enabling users to add last-mile ridesharing and biking options to journey plans in order to reduce emissions. The feature will work automatically, whenever a user enters their destinations in the search box and clicks “directions”. Of these options, the lowest-carbon choice will bear a small logo stating “green”. Google launched the feature in parts of the US and will be rolled out to cover 30 countries on both Apple and Android platforms in the next couple months. The move is part of the emerging trend of low-carbon and shared mobility. Volkswagen, for example, recently launched an electric vehicles (EV) sharing platform in Berlin, with similar offerings being put on the market by the likes of Renault, Rideshare and Zipcar in recent months. Similarly, Uber is now applying a 15p-per-mile “eco-charge” to all London trips, in order to fund EV investments. (edie)

Oil and gas companies have spent £40.5 billion on investment projects that undermine the Paris Agreement and risk wasting £1.8 trillion on ‘stranded assets’ by 2030, according to a new report from think tank Carbon Tracker. The report claims that the companies are on track to spend £5.2 trillion on new production by 2030, although these assets could become ‘stranded’ if regulation prevents the natural resources being exploited. Companies such as ExxonMobil, Chevron, Shell, and BP have already spent 30 percent of their investment levels for 2018 on projects that are incompatible with the Paris Agreement, the report estimated. A Carbon Tracker report from earlier this year found that no large corporates within this sector are providing “anything close to an ideal level of disclosure” around climate-related risks and opportunities. This week green groups have also branded the UK’s offshore oil and gas industry’s blueprint to contribute to net-zero emissions by 2035 as “overt lobbying”. (edie)

UK corporates have ranked among the worst nations in the world when it comes to responsibly sourcing raw materials for apparel, footwear, textiles and homewares. According to US ratings platform, Better Buying’s 2019 Index report, the supply chain practices of some of the UK’s largest retailers, including Tesco and John Lewis & Partners, are generally worse than those implemented by corporates in nations such as Bangladesh, China and India. Specifically, the report found that just 35% of suppliers providing to the UK firms assessed were receiving incentives for complying with sustainable procurement requirements. In comparison, the proportion was 62.8% in Bangladesh. Other nations ranked amongst the bottom are the US, Turkey, Japan and Hong Kong. The report recommended that the winners in the future will be the brands and their suppliers that come together in new, strategic partnerships that draw on the core competencies and strengths each brings to the table and where the benefits they achieve together are shared fairly. (edie)

Plastic pollution is being deposited into the fossil record, research published in the journal Science Advances has found. Most of the plastic particles were fibres from synthetic fabrics used in clothes, indicating that plastics are flowing freely into the ocean through waste water. The research found that since the 1940s the amount of microscopic plastics in the sediments has doubled about every 15 years. Two-thirds of the particles are plastic fibres, a fifth were broken-down fragments of other plastic and a 10th were plastic film. The study also reflected on the direct effect on humans. It is estimated people consume at least 50,000 microplastic particles a year through food and water. The health impact is unknown but microplastics can release toxic substances and may penetrate tissues. The research is helping to boost awareness and put pressure on policy makers to show the severity of the problem. (The Guardian)

Asian cities are switching to electric vehicles in a bid to tackle worsening air quality, cut climate changing emissions, and expand their public transport networks. Transport is the fastest-growing source of climate-warming greenhouse gases, with the vast majority of projected increases expected to come from developing Asia by 2030. An air quality report by environment activist group Greenpeace stated the majority of the world’s top 100 polluted cities are in Asia. Only seven Asian countries have transport emission reduction targets under the Paris Agreement on climate change, but many cities in the region are now taking action. Authorities are now taking action that not only lowers emissions, but also reduce congestion and improve air quality. Examples include transitioning the 16,000 bus fleet in Shenzen, China and converting Bangkok’s canal ferries from diesel engines to electric. Cities are also adding infrastructure for walking and cycling, which are key to improved liveability. However, these changes require extensive planning, charging networks and a lot of financial input so poorer countries and regions are not involved. (Reuters)