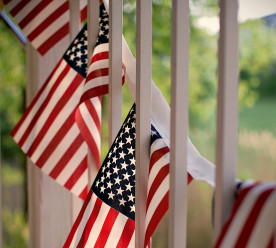 United States Democratic candidates, including Bernie Sanders, Joe Biden and Elizabeth Warren, promised unprecedented new action on climate change in the first forum devoted to the issue in a presidential campaign. More than half of the 10 candidates at the forum openly embraced the idea of putting a tax or fee on carbon dioxide pollution, the one policy that most environmental economists agree is the most effective way to cut emissions — but also one that has drawn intense political opposition. Opponents have attacked it as an “energy tax” that could raise fuel costs, and it has been considered politically toxic in Washington for nearly a decade. Nearly all the candidates have called for re-joining the Paris climate change agreement and for implementing policies that to reach a carbon-neutral economy by 2050. The calls vow to undo the Trump administration’s environmental policies and spend trillions of dollars to promote renewable energy. (The New York Times)

Technology giant Google has been accused of secretly using hidden web pages that feed the personal data of its users to advertisers, undermining its own policies and circumventing EU privacy regulations that require consent and transparency. Ireland’s Data Protection Commission (DPC) is investigating whether Google uses sensitive data, such as the race, health and political leanings of its users, to target ads. Johnny Ryan, chief policy officer of the niche web browser Brave, said he had discovered the secret web pages as he tried to monitor how his data were being traded on Google’s advertising exchange. A spokesperson for Google said the company had not seen the details from the regulator and that it was co-operating with investigations in Ireland and the UK into its advertising business. Google stated they do not serve personalised ads or send bid requests to bidders without user consent. (Financial Times*)

Garment factories in Thailand that supply to global brands, such as coffee giant Starbucks and sports gear maker Bauer Hockey, are under investigation, after it was found that workers are illegally underpaid. Starbucks, which has some of its barista aprons supplied by Thai garment factories, said it was investigating the findings while Bauer Hockey said it had asked its supplier to look into the matter. Both companies said they required their suppliers to comply with local laws on issues including compensation for workers. In Tak Province, Thailand, The Office of Labour Protection and Welfare said it aimed to inspect 260 factories this year and so far about 50 owners have been ordered to comply with labour laws or risk fines or up to a year in prison. In 2013, a nationwide minimum wage was introduced which saw wages almost double. However, the increase means many factories now deduct housing, food and work permit costs, whereas they previously provided such services for free. (Thomson Reuters)

The Scottish government has unveiled a vast legislative programme for the next year entitled, ‘Protecting Scotland’s Future’. New commitments include a pledge for all new homes to use renewable or low carbon heat by 2024 and putting the transition to net-zero emissions at the heart of the Scottish National Investment Bank’s work. There will also be a £17m fund to support the demand for ultra-low emission vehicles and an expansion of the Low Carbon Transport Loan Scheme to include electric vehicles. The Scottish government said it would seek to unlock additional resources for emissions-reducing investment through a Green Growth Accelerator combining public and private investment to transform cities and regions and would bring forward a £3 billion portfolio of projects, including renewables, waste and construction, ready for green finance investment. Morag Watson, director of policy at Scottish Renewables, welcomed the announcement but stated that it is essential that “government regulation and support is consistent with the needs of the climate emergency.” (edie)

A report by the European Environmental Agency (EEA) has found that any advantages to European agriculture from a warming world will be outweighed by the losses from extreme events and environmental stress, leading to a large economic loss for farming. Across Europe, the overall economic loss to agriculture from climate change is likely to be as high as 16% by 2050. The report stated that the industry needs to adapt urgently, especially at farm level, and highlights the importance of EU policies to be designed in a way to facilitate and accelerate transition. It’s noted that Europe’s food supply is not in immediate danger, but increased food demand around the world from growing populations and the impact on yields from climate change may force prices up in the future. An agriculture bill by the Department for Environment, Food and Rural Affairs (Defra) will provide financial assistance for farmers to reduce emissions and adapt to climate change. (edie)

Image Source: four US flags by twinsfisch on Unsplash.