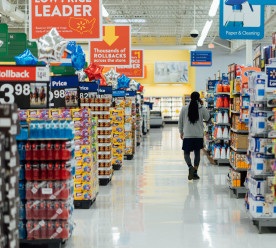 A new Index from the investor network, FAIRR, has concluded that companies supplying meat and dairy to some of the world’s biggest food firms are failing to act in line with their clients’ environmental ambitions. The “Protein Producer Index” maps the sustainability initiatives of 60 of the world’s largest animal protein producers supplying to firms including Nestle, McDonalds and Walmart. The Index uses multiple metrics, such as greenhouse gas (GHG) emissions, deforestation, water stewardship and animal welfare, to give each supplier an overall ranking of “high-risk”, “medium-risk”, “low-risk” or “best practice”. None of the companies assessed achieved “best practice status” – but 39 were classed as high-risk and a further 16 as medium-risk. FAIRR founder, Jeremy Coller, said that the lack of environmental action from food suppliers was undermining the “bold commitments made on sustainability in recent years” by high-street food brands and that investors are concerned that the sector is failing to act. (edie)

Australia has met its 2020 target for generating electricity from large-scale renewable energy a year ahead of plan, the country’s clean energy regulator said, even as wind and solar investment has slowed. The renewable energy target was achieved despite more than a decade of climate policy uncertainty in Australia which has led to soaring power prices and unreliable supply. The target, launched in 2001 by a conservative government and reduced in 2015, was for Australia to generate 33,000 gigawatt hours (GWh) of power from large-scale renewable energy by 2020. Australia’s total power generation is currently around 260,000 GWh. Reaching the target means the end of a government scheme that provided subsidies to wind, solar and hydro power projects. The clean energy industry said A$24 billion ($16 billion) had been invested in renewable energy in the last 18 months alone, while wind and solar have gone from the most expensive form of power in 2001 to the lowest cost. (Reuters)

Green groups have criticised the UK’s offshore oil and gas industry’s blueprint to contribute to net-zero emissions by 2035, claiming that the accompanying evidence fails to “leave fossil fuels in the ground”. OGUK, the UK’s offshore oil and gas industry group, published its Roadmap to 2035: A Blueprint for net-zero, listing the five key areas that industry, government and regulators must collaborate on to enable the sector to contribute to the UK and Scotland’s net-zero targets. The Blueprint details steps to ensure the sector can decarbonise while continuing to provide a “secure energy supply”. Production of oil and gas currently accounts for 3% of UK total greenhouse gas emissions, and green groups have responded to the strategy by claiming that fossil fuels must be left behind on the transition to net-zero and to avoid the worst effects of climate change. The Scottish Green party energy spokesperson Mark Ruskell said this “overt lobbying” is putting the industry’s own interests ahead of the climate emergency. Groups have also highlighted that oil and gas production in the North Sea has increased 20% since 2014, a contrast to national declarations of the climate crisis. (edie)

Growing interest in healthy and sustainable lifestyles could be worth about A$25 billion and make up about 10% of the value of Australia’s food and agribusiness sector by the end of next decade, a report by Australia’s industrial research agency CSIRO found. Domestic demand comprises about $15 billion and exports of $10 billion will be underpinned by rising demand throughout Asia. The economic analysis by CISRO considered factors such as trends in consumer preferences, competitive advantages, potential competitors and substitutes, and broader macroeconomic forces such as population and income growth. It identified the biggest opportunity to be in fortified and functional foods. Examples include probiotics and omega-3 oils added to yoghurt and milk, and antioxidant-rich breads, cereals and beverages. Alternative protein sources are estimated to have domestic and export sales valued at $6.6 billion in 2030, and $5.4 billion in carbon emission and water savings. (The conversation)

Submerged seaweed could become the UK’s newest carbon sink under a pioneering new scheme launched by environmental NGO WWF, Sky’s environmental campaign Sky Ocean Rescue and Swansea University. Seagrass is a marine plant that grows in large underwater meadows, and traps carbon from the atmosphere 35 times faster than tropical rainforests. Globally, it accounts for 10 percent of annual ocean carbon storage, despite occupying only 0.2 percent of the seafloor. By planting one million seagrass seeds in Welsh waters the team hope to dramatically boost the proliferation of the plant, 92 percent of which has disappeared from the UK in the past 100 years due to pollution, runoff from the land, coastal development and damage from boat propellers. It is hoped that the marine restoration of seagrass could improve the UK coastline’s ability to sequester carbon. Seagrass also supports marine life and protects coastlines from erosion by absorbing wave energy. (Business Green)