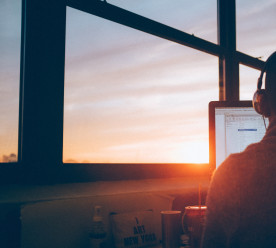 The rise of Side Hustlers and the value from breaking convention

The rise of ‘side hustlers’ – those engaged in money-making activities outside their regular employment – indicates that people are looking to attain fulfilment, skills and income outside their traditional workplace. According to new research, millions of Britons are engaged in a ‘side hustle’. The study, commissioned by Vistaprint, found that of 2,000 adults in full-time employment, almost one quarter have already turned a hobby into a side business alongside their career, while a further 56% aspire to. The findings of the latest study back up previous research by Henley Business School, that revealed one in four Brits is running at least one business project alongside their full-time job, contributing £72bn to the UK economy.

The trend may be seen as a challenge to the traditional model of employment, in which an employer acts as the sole provider of income, skills development and fulfilment. Vistaprint’s study found that generating an additional source of income was the primary reason for undertaking a side hustle, with a third also pointing to the pursuit of a passion and spending more time doing what they enjoy. According to Bloomberg, side hustles also help to develop a unique and adaptable skillset.

Employers might initially be fearful that their side hustler employees are less committed and more likely to burn out. With side hustlers putting in an extra 6-15 hours, according to Hiscox, the risk of burnout is very real. However, giving employees the freedom to pursue passions outside work while allowing time to recharge, may bring significant value to a business. For one, an employee looking to gain new skills will be less likely to find a new role entirely, if they are able to have their cake and eat it with a side hustle-friendly employer. Moreover, the employer will be able to tap into the new skills acquired and reap the rewards of having a happy, fulfilled workforce.