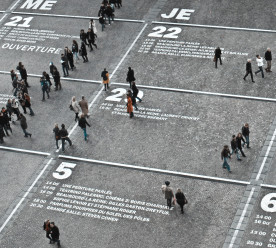 Are we headed for a four-day week?

In July, the Henley Business School published new research claiming a four-day working week makes business sense, and could save UK businesses an estimated £104bn annually. The study said a shortened working week increased staff productivity, reduced sick days and produced an uplift in staff physical and mental health. This, according to the Henley report, could add to businesses’ bottom lines, despite the fact employees would be paid the same wage for fewer working hours. The report also found that a four-day week would help to retain talent and attract talent, as it demonstrated an employer’s forward-thinking mindset and respect for a work/life balance.

July also saw the financial results of one company trialling a four-day week over the past year. Versa, an Australian digital marketing company, had allowed employees to take Wednesdays off, provided they could fit their five days of work into four. Versa said that profit had almost tripled since the scheme was introduced, with revenue also growing by 46%. The results were similar to those of New Zealand financial services firm, Perpetual Guardian, which also trialled a four-day week earlier this year. The company claimed the policy resulted in a 20% rise in productivity, with reduced stress levels for employees.

The above demonstrates an evidence base that is building around the four-day week. However, implementing such a change to an established work pattern has its challenges. Earlier this year, London-based Wellcome Trust, the world’s second-biggest research donor, decided not to trial a four-day week for its 800 head office staff, stating it was ‘too operationally complex to implement’. Those complexities may include which specific day an employer or employee decides to take off, whether the office remains open on the ‘off’ day, and how best to cater for clients in the service industry. Moreover, while there may be mental health benefits from an extra ‘free day’, there are question marks over the impact of cramming five days of work into four.

The practical challenges of implementing a four-day week may, for now, prohibit widescale adoption among businesses. But given that the concept of the weekend was popularised only in the 1920s, companies should take the prospect of four-day weeks seriously. Those brave enough to adopt early while overcoming the barriers of implementation, could reap the rewards.