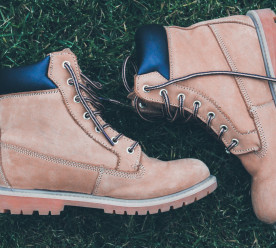 VF Corporation, which owns Timberland, Vans, North Face amongst other clothing brands, said that it would stop using Brazilian leather after the international outcry over the Amazon fires. VF said it would resume buying Brazilian leather when “we have the confidence and assurance that the materials used in our products do not contribute to environmental harm in the country”. Greensboro, the North Carolina-based company, whose other brands include Dickies, Smartwool and JanSport, said it is no longer able to assure that leather from Brazilian suppliers meets this commitment. Meanwhile, luxury retail conglomerate LVMH, which owns Louis Vuitton, announced its initiative to provide financial aid to help fight the Amazon wildfires. According to the Center for the Brazilian Tanning Industry, the main leather trade group in Brazil, the country exported $1.44 billion of bovine leather in 2018. Its largest export markets were the United States, China and Italy, which together consumed about 60% of Brazilian leather exports in 2018. (Reuters)

Australia has downgraded the outlook for the Great Barrier Reef to “very poor” for the first time, highlighting a fierce battle between environmental campaigners and the government over the country’s approach to climate change. In its 2019 outlook report, The Great Barrier Reef Marine Park Authority (GBRMPA), a government agency, warned that immediate local and global action was needed to save the reef from further damage from climate change. The GBRMPA report in 2014 highlighted the deterioration and prompted a plea from conservation groups for the Liberal-National coalition government to move decisively to cut greenhouse gas emissions and phase out the country’s reliance on coal. However, emissions have risen every year in Australia since 2015, when the country became the first in the world to axe a national carbon tax. The World Wide Fund For Nature warned the downgrade could also prompt UNESCO to place the area on its list of world heritage sites in danger, a move that could hit the A$6.4 billion economic contribution the reef makes through tourism. (Financial Times*)

Electric vehicle (EV) drivers are set to benefit from easier access to UK charging points, after Swedish energy firm Vattenfall and Shell’s NewMotion announced a roaming agreement to provide their customers with seamless access to each other’s charging networks. The deal, which is due to come into effect from next month, is aimed at boosting EV drivers’ charging options by offering access to more than 400 public charging points operated by both companies around the UK via a single phone app or charge card. There are currently 25,000 public EV charging points around the UK, but they are owned and managed by a range of companies. Only a small minority have installed pay-as-you-go functionality or agreed roaming deals allowing drivers to use a multitude of different charging points hassle-free. As a result, there have been calls from industry bodies and politicians for EV charging companies to improve the user experience, else the government has signalled it could regulate to ensure easier access to charge points. (Business Green)

Crown Estate has agreed to progress seven offshore wind extension projects following successful habitats assessment. Consultation with independent advisors, conservation groups, and marine planning authorities, led to approval of the project with the potential to provide 2.85GW of new power capacity. The announcement is a welcome boost for the offshore wind sector, which is currently mired in uncertainty due to a legal challenge from Banks Renewables that threatens to stall the next government auction for a fresh round of clean energy contracts. Extending existing wind farms offers an opportunity to unlock a 10 percent increase in the UK’s offshore wind portfolio, while supporting the continued growth of the development pipeline and demonstrating continued strong market appetite for new projects in UK waters. This development will help to achieve the UK’s goal of a third of electricity coming from offshore wind by 2030 and ending contribution to global warming entirely by 2050. (Business Green*)

China’s ban on waste imports has thrown Europe’s paper recycling sector in a crisis situation, leading to a chronic oversupply of recovered paper that sent prices plummeting by 300% over the past two years. In July 2017, China notified the World Trade Organisation (WTO) that it will ban imports of 24 categories of waste as of January 2018, including plastics and mixed papers, and plans a total phase-out of waste imports by 2019, citing environmental concerns. In 2018, Europe collected on average 56.5 million tons of recovered paper, using around 48.5 million tons for its own production. However, that leaves a gap between supply and demand of more than eight million tons for recovered paper in Europe. European Recycling Industries’ Confederation (EuRIC) stated that Europe’s recycling industry can no longer bear such market conditions for a third year in a row. Although new recycling facilities in Europe are currently being built, they will only become available in two to five years, therefore EuRIC are calling on policymakers to take urgent action. (edie)