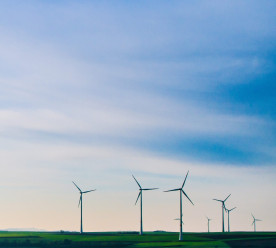 At the G7 summit, the UK confirmed it will double its contribution to the global fund aimed at tackling climate change in developing countries to £1.44 billion. The pledge was issued following consultation meetings with developing countries and board members of the Green Climate Fund (GCF), which will collect and redistribute the money. The GCF has allocated more than $5.2 billion to 111 climate projects located across 99 countries. The Fund has also approved $160 million for capacity building activities to help 126 developing nations identify their highest-impact climate finance issues and the methods to address them. In May, the UK’s International Development Secretary Rory Stewart revealed plans to increase the amount of foreign aid spent on climate-related projects by the Department for International Development (DFID) to £2.2 billion. However, over the last seven years, the UK has spent 60 percent of its overseas support for energy investment in developing countries on fossil fuels. (edie)

Social media platform Pinterest will redirect users searching for vaccine-related information to results from public health organisations. Last year, the social platform stopped showing results for vaccine searches to tackle the spread of anti-vaccine misinformation, which has become prevalent in recent years. Under the new policy, Pinterest said searches for “measles,” “vaccine safety” and other related health terms will return results from public health bodies including the World Health Organization (WHO), the Centres for Disease Control and the WHO-established Vaccine Safety Net. The firm also said it won’t show ads, comments or recommendations on results pages for vaccine searches. The WHO stated anti-vaccine views were a “top 10 global health threat” in 2019. In recent months, several other platforms have taken steps to counter false information about vaccines. YouTube stopped serving ads to a number of popular channels that promote anti-vaccine conspiracy theories and Instagram has blocked hashtags that are used to spread verifiably false information. (BBC)

Mars and Schneider Electric have become members of the Business for Inclusive Growth (B4IG) coalition, a business-led initiative tackling inequality launched in connection with the G7. They join 32 international companies that have committed to the coalition coordinated by the Organisation for Economic Co-operation and Development (OECD). B4IG aims to step up business action to advance human rights throughout their value chains, build inclusive workplaces and strengthen inclusion in their internal and external business ecosystems.  Its members cover a broad range of sectors, employing more than 3.5 million people around the world and have combined annual revenues of over $1 trillion. The B4IG coalition member companies have put forward over 50 projects representing more than $1 billion in investments for the B4IG incubator program and benefiting 100 million people to date. Projects include ‘Cocoa & Women for Change’ programme and ‘Social Innovation to Tackle Energy Poverty’ from Mars and Schneider Electric respectively. Certain projects will be accelerated, scaled or replicated leveraging collaboration with other coalition members, philanthropic organisations and the public sector. (CSRwire; CSRwire)

India is set to impose a nationwide ban on six single-use plastics on October 2nd, in its most sweeping measure yet to stamp out single-use plastics from cities and villages that rank among the world’s most polluted. The ban will be comprehensive and will cover manufacturing, usage and import of plastic bags, cups, plates, small bottles, straws and certain types of sachet. The ban on the first six items will reduce 5 to 10 percent of India’s annual consumption of plastic, which currently stands at 14 million tonnes. India lacks an organised system for management of plastic waste, leading to widespread littering across its towns and cities. However, growing concerns worldwide about plastic pollution means this problem cannot be ignored. Penalties for violations of the ban will take effect after an initial six-month period to allow people time to adopt alternatives. The federal government also plans tougher environmental standards for plastic products and will insist on the use of recyclable plastic only. (Reuters)

Major US firms Ben & Jerry’s, Patagonia, Lush Cosmetics and personal care firm Seventh Generation have agreed to close stores on 20 September to join the worldwide day of climate strikes. The four companies have agreed to take part in the Global Climate Strike, organised by a host of green groups including 350.org, Greenpeace, and Extinction Rebellion. The strikes are expected to create peaceful protests across the globe, acting as an unofficial prelude to the UN Climate Summit in New York the following week. Lush Cosmetic’s North America chief executive, Mark Wolverton, said “We are committed to disruptive, transformative change. That means a break in ‘business as usual,’ holding our global leaders accountable and answering the call of the youth activists to join them on the streets.” The message behind the strikes is to urge national governments and large corporations to align themselves with the Paris Agreement’s 1.5C trajectory. (edie)