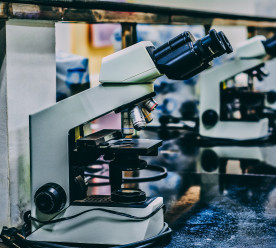 The healthcare giant Abbott is making its internal strategy for creating science, tech, engineering and maths (STEM) internships for young people public to help more companies set up similar programmes. Abbott is encouraging companies to download its strategy to use it as a blueprint to set up successful STEM internships. The overall aim is to expose more young people, particularly girls, to STEM careers. In a YouGov-Abbott study more than half of girls said they aren’t encouraged to study STEM, but 89 percent of girls who are urged to study STEM say they plan to pursue it in their educations. Even when women do get STEM degrees, only about 6 in 10 of them said they got STEM jobs or internships out of college – and more than half of women who work in STEM upon graduation leave STEM within 10 years. About 130 young people have completed the Abbott internship program since 2012, and of them, 97 percent have gone on to study STEM in college. (Sustainable Brands)

World leaders from the most powerful global economies have promised $20 million (£16 million) to Brazil to help the nation deal with the fires that have been destroying the Amazon for the last fortnight. The French President, Emmanuel Macron, said the funding would help Brazil and neighbouring Bolivia procure more fire-fighting planes to bring the flames under control. Brazil has suggested it will reject the G7 funding and says it has already deployed 44,000 soldiers to combat the fires, with military operations underway in seven states. Brazil insists it has sovereignty over the Amazon, with Bolsonaro accusing France of treating Brazil like a colony. Environmental groups, such as Greenpeace UK, said the G7’s offer of aid was not nearly enough, particularly given the economic and trade factors driving deforestation in Brazil. Many experts blame farmers or ranchers for deliberately starting the blazes to clear land for crops. (Business Green)

Sainsbury’s to accept glass in deposit return trials for bottles

The British supermarket Sainsbury’s has announced it will trial reverse vending technology that accepts glass and plastic bottles and cans. The trial located is at the Newbury supermarket in Berkshire with a machine provided by manufacturers Tomra. Sainsbury’s is offering a 5p coupon for every drinks container returned via the machine. Rival supermarket Iceland introduced reversed vending machines in select stores in May 2018 and has recently confirmed that more than 1 million plastic bottles has been recycled. UK recycling rates for plastic bottles is 43 percent, with 700,000 being littered every day and 7.4 billion sent to landfill or incineration each year. In contrast, a return scheme was introduced in Germany in 2003 where 99 percent of plastic bottles are now recycled. This has led UK MPs to believe that a deposit return scheme could boost the plastic recycling rate to 90% and help businesses repurpose plastic waste streams by assigning them a value. (edie)

The fast fashion retailer Primark has announced plans to improve its sustainability credentials by training 160,000 cotton farmers in India, Pakistan and China in environmentally friendly farming methods by 2022. The target is part of a programme, launched in 2013, with the aim to use 100 percent sustainable cotton in all its product categories. The announcement will lead to a five-fold increase in the number of farmers enrolled in the programme, operated in partnership with Cotton Connect, which works to increase commercial opportunities while minimising negative impact to people or the environment, and the Self Employed Women’s Association trade union. The methods being taught include efficient irrigation, planting in rows with trenches to maximise drainage, and introducing organic pesticides and fertilisers such as cow dung. As one of the most prominent fast-fashion retailers on the high street, Primark is widely seen as a major culprit in unnecessarily encouraging consumers to buy new products. (The Guardian)

A British energy firm, BBOXX, has secured a £40 million deal with Japanese automotive manufacturer Mitsubishi to provide solar power in Asia. BBOXX currently provides pay-as-you-go solar power to homes in Africa, operating around 270,000 solar systems that are paid for monthly by customers. The funds from Mitsubishi will help BBOXX to break into Asia and new African markets, where an estimated one in three people live without reliable access to electricity. Mansoor Hamayun, BBOXX’s chief executive and co-founder, said Mitsubishi’s “extensive reach” and “technological expertise” would help the company to supply more people living without access to modern utilities and services. The falling cost of solar technology and the strength of mobile banking across Africa have encouraged major investments from global energy companies including US giant General Electric and France’s EDF and Engie. (The Guardian)