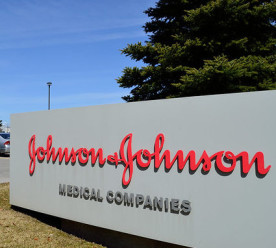 An Oklahoma court ruled that pharmaceutical giant, Johnson & Johnson, ran a “false and dangerous” sales campaign that caused addiction and death in America’s opioid epidemic. It stated that Johnson & Johnson aggressively pushed false claims about the safety and effectiveness of its own narcotic painkillers and changed medical practice with deceptive claims intended to break down caution among doctors about prescribing opioids. The company is ordered to pay $572 million in compensation initially with additional payments to be negotiated to cover treatment, overdose prevention and other costs of abating the epidemic. Johnson & Johnson have announced they will appeal this charge, disputing the facts and the law that drew this conclusion whilst stating that the company’s painkillers account for less than 1 percent of the US market. There are over 2,000 other lawsuits currently being made in the US against opioid makers, distributors and pharmacy chains blamed for the deaths of over 400,000 people since 2000. (The Guardian)

Chinese legislators approved a new law that will give local governments the authority to tax as many as 164 different resources, including fossil fuels, minerals and eventually water. Major resources, such as crude oil or rare earth minerals, will still be subject to a fixed tax rate set by the central government. However, local authorities will be able to adjust the rates levied on other products, with officials insisting it will not raise the overall tax burden on local firms. It will also lay the groundwork for a nationwide water resource tax designed to encourage efficiency and conservation. China began levying a pilot water resource tax in heavily polluted Hebei province in 2016. This will strengthen water conservation awareness and prevent the overexploitation of groundwater. Chinese firms were previously charged on the basis of how much of a resource they used, but the new tax system is based on prices rather than volume. (Reuters)

Government funding for bodies such as Natural England, the Environment Agency and National Parks has fallen steeply in recent years, leaving the UK at risk of failing to meet key green policy objectives. The investigation, led by The Institute of Environmental Management and Assessment (IEMA), found that the Environment Agency’s environmental protection budget has fallen by 62 percent since 2011, taking into account government cuts, inflation and economic trends. Budget cuts were a key contributor to a 22 percent drop in staff numbers and an 80 percent reduction in prosecutions. According to IEMA, these trends in regard to staff and financing are leaving environmental enforcement bodies unable to complete the inspections and prosecutions necessary for the UK to meet ambitious environmental targets. In total, there has been a 33 percent fall in waste-related prosecutions, 57 percent fall in wildlife crime prosecution and a 30 percent fall in water quality tests between 2010 and 2017. (edie)

Underground line to heat up London homes during winter

High temperatures on the London Underground will soon be harnessed to provide heating for hundreds of London homes and businesses in winter. The project is one of a growing number of schemes across the UK designed to warm homes using “waste heat” from factories, power plants, rivers and disused mine shafts. The hunt for alternative sources of renewable heat has gained pace after the government’s pledge to ban gas-fired boilers from new-build homes from 2025. The new project will pipe waste heat from the tube into over 450 homes and businesses in the borough of Islington, North London. The Greater London Authority (GLA) estimates there is enough heat wasted in London to meet 38 percent of the city’s heating demands. Tim Rotheray, director of the Association for Decentralised Energy, said district heating schemes were mushrooming across the UK as a low-cost tool in tackling the climate crisis. (The Guardian)

Construction firm Willmott Dixon is creating a new housing development in Bristol which will feature roads made with the equivalent of 150,000 plastic bags of non-recyclable plastic waste. Willmott Dixon is working with waste management company ETM, plastic road company MacRebur and Gworks Surfacing to incorporate plastic construction waste into the asphalt used on new roads in the area. The plastic will replace bitumen, a carbon-intensive material found in asphalt. The new recycled approach will create a more flexible asphalt-replacement, reducing the number of future cracks and potholes. This innovation is complemented by low-carbon heating, which is being installed at the site, making a sustainable development with individual homes making lifetime carbon savings of 23.5kg. Convened by the UK Green Building Council, Willmott Dixon is amongst several businesses that have formed a task group aimed at creating an industry-led framework for net-zero buildings. (edie)