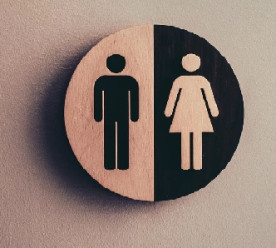 Television adverts from US food giant Mondelez and German carmaker Volkswagen have been the first to be banned under new UK gender stereotyping rules in advertising. A ban on ads featuring “harmful gender stereotypes” or those which are likely to cause “serious or widespread offence” came into force in June. The first ad, for Mondelez-owned Philadelphia cheese, showed two fathers leaving a baby on a restaurant conveyor belt as they were distracted by food. 128 people complained to the Advertising Standards Authority (ASA) about this advert saying that it perpetuated a harmful stereotype by suggesting that men were incapable of caring for children. The second ad, for Volkswagen, showed men camping on a cliff edge and exploring space as astronauts, while a woman sits by a pram. Three people complained about the ad claiming it perpetuated harmful gender stereotypes of men engaged in adventurous activities in contrast to a woman in a care-giving role. Both Mondelez and Volkswagen have said that their ads made no harmful suggestions about gender roles. (BBC)

Tech giant Apple has promised to source gold for its electronic products from sources that do not negatively impact on fish-stocks. Specifically, Apple will source gold from miners registered under the Salmon Gold partnership, a scheme where miners open old mining sites to search for gold while taking steps to improve nearby watercourses for salmon. Intensive mining in Alaska has proved one of the major threats to the region’s salmon population, with chemicals leaching into the streams and soil erosion from open pits clogging up spawning beds. Salmon Gold, established by NGO RESOLVE, pairs miners with environmental restoration and conservation workers, to combine mining sites with projects to restore the health of the natural environment. Apple has also partnered with US jewellery maker Tiffany to learn from its experiences in responsible mining. As part of Apple’s pledge to use only recycled or renewable materials, it ultimately aims to end its reliance on mining. (Business Green)

US-based corporates have collectively signed contracts for 5.95 GW of renewable energy so far in 2019, compared to 6.2GW during the whole of 2018. Published by Bloomberg New Energy Finance (BNEF), the ‘Corporate Energy Outlook’ report states that corporations, globally, signed contracts to purchase 8.6GW of clean power between January and June 2019, up from 7.2GW during the same period in 2018. Brands including Target and Facebook have established solar and wind arrays in Texas. The BNEF report noted that the Chinese corporate renewables market is now poised for rapid growth. This is largely due to the government’s development of new legislation that will require large companies to meet a proportion of their energy consumption with power from solar or wind. The BNEF report also recorded comparatively slow progress in EMEA, with 950MW of contracts completed in the first half of 2019. However, it expects that global renewables sourcing will surpass the 2018 total of 13.4GW. (Edie)

Twenty-two states, including New York and California, and seven cities have sued the Trump administration to challenge the Environmental Protection Agency’s (EPA) replacement of the Obama administration’s Clean Power Plan. The lawsuit is one of dozens undertaken by Democratic-led states to challenge the Trump administration’s rule reversals in the energy sector aimed at easing regulatory burdens for industry. The EPA’s Affordable Clean Energy (ACE) rule is a set of guidelines to develop performance standards for power plants to boost the amount of power produced relative to the amount of coal burned. Petitioners argue this will not reduce rising carbon emissions, will prolong the operation of dirtier coal plants and violates the federal Clean Air Act. The petition calls for the rule to be vacated as it obstructs states that pursue cleaner electricity generation. The Clean Power Plan aimed to reduce power plant carbon emissions by more than a third from 2005 levels by 2030 by pushing utilities to replace coal with cleaner fuels like natural gas and solar and wind power. (Reuters)

Private prison operator, Geo Group, gun manufacturer, Strum Ruger, and Rupert Murdoch’s media groups, including Fox and News Corp, are among a number of stocks that have been thrown out of Vanguard funds created to invest in companies with strong environmental, social and governance records. Vanguard stated there was an issue in the screening methodology used by their benchmark provider, FTSE Russell. FTSE has since implemented additional oversight and controls to ensure the benchmark aligns with its objective. Marketing materials for the funds say they “specifically exclude” companies that profit from adult entertainment, alcohol and tobacco, weapons, fossil fuels, gambling, and nuclear power, as well as companies that “do not meet standards of UN global compact principles” or fail “diversity criteria”. Vanguard and FTSE have not elaborated on which specific criteria any of the stocks failed to meet. The indexing error affected the $544 million Vanguard ESG US Stock ETF and the $386 million Vanguard ESG International Stock ETF, which held shares from June 21 2019, and August 5 2019. (Financial Times*)