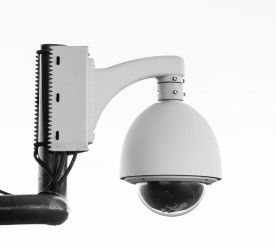 London’s King’s Cross is using facial recognition to track tens of thousands of people, while prime business district Canary Wharf is also considering implementing the technology. The King’s Cross area houses several office buildings, including Google’s UK headquarters, Central Saint Martins college, schools and a range of retailers. Meanwhile, Canary Wharf is home to many major financial services companies, including Barclays, Credit Suisse and HSBC, as tenants. Under current general data protection laws, collecting sensitive personal data including faces requires explicit consent from the people being observed. Spokespersons for Argent, the King’s Cross property developer, and the Canary Wharf Group say that the technology would be used to protect the privacy of the general public by being limited to specific purposes or threats. However, privacy groups have long voiced concerns about the implications of facial recognition on privacy rights with South Wales Police facing a legal challenge to its use of facial recognition in 2018. (Financial Times*; BBC)

Green infrastructure investor, Green Investment Group (GIG), is to buy a 40 percent stake in the East Anglia ONE offshore wind farm, in a deal that will see the Macquarie-owned firm secure almost 50 percent of the UK’s offshore wind capacity. GIG said yesterday it is to acquire the minority stake from ScottishPower Renewables, part of the Iberdrola group, for £1.6 billion subject to conditions. ScottishPower Renewables will retain the remaining 60 percent stake in the project. The 102-turbine offshore wind farm is expected to produce enough power for more than 600,000 homes each year, once fully operational next year. GIG said the purchase reinforces its commitment to the UK’s renewables rollout, while Iberdrola said it will use the proceeds from the sale of the stake to fund projects including building new offshore wind farms in the North Sea, the Baltic Sea, and off the coast of the US. (Business Green)

British retailer Marks & Spencer (M&S) is attempting to reduce the large volume of old bras sent to landfill in the UK each year, with the launch of a new campaign encouraging women to drop off their used lingerie at in-store recycling points. British women send around 320,000 old bras to landfill each year, but many of the garments could be resold or recycled. M&S will brief its in-store bra fitters to let shoppers know they can deposit their old bras in store bins, which pass on donations to Oxfam. The bras will then either be sold in Oxfam stores or processed at the charity’s recycling facility before being sent to the charity’s social enterprise project in Senegal, where women will sell them on to customers in their local communities. M&S has run its  unwanted clothing deposit since 2012, with , some 34 million items of clothing have been diverted from landfill. (Business Green)

German supermarket, Aldi, is trialling cardboard trays to replace the plastic trays usually used to house its steaks, in a move which will cut its annual plastic output by 240 tonnes. The new trays will be used to house the supermarket’s range of own-brand steaks at more than 380 of its stores across Wales, and the UK’s North West and the South East. While the new packaging format does not eliminate the need for a clear, flexible plastic film, Aldi claims that it reduced the amount of plastic used, by weight, to package its steaks by 90 percent. The new cardboard alternative is classed as recyclable at kerbside level, once the film has been removed, and is made using forestry materials certified as sustainable. If customer feedback is positive, Aldi has said that it will explore the possibility of a national rollout and assess what other meat products could be packaged in the same way. (Edie)

UK University Goldsmiths has announced it has banned beef from its campus to combat climate change, becoming the first higher education institution in Britain to do so. From next month Goldsmiths, part of the University of London, will no longer sell beef anywhere on its campus. It will also introduce a small levy on bottled water and single-use plastics to discourage use. The college said it aimed to switch to clean energy and become carbon neutral – meaning it will produce no more carbon emissions than it can offset – by 2025. Livestock farming is a major driver of greenhouse gas emissions, consumes a tenth of the world’s fresh water and causes large-scale deforestation, according to the United Nations Food and Agriculture Organization. Plant-based foods and sustainable animal-sourced food could free up several million square kilometres of land by 2050 and cut 0.7-8.0 gigatonnes a year of carbon dioxide equivalent, the IPCC said in a major report last week. (Thomson Reuters Foundation)