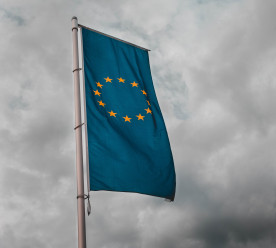 Europe’s financial services chief, Valdis Dombrovskis, has called on the EU to fight “greenwashing” by businesses through a deal on how to identify economic activities that do help the environment. He emphasised that a deal on such a classification system was essential for the EU to achieve its broader climate goals and underpin future initiatives, such as an EU green bond for financing environmentally sound projects and an eco-label for financial products. Brussels last year proposed a draft EU law setting out core criteria that products or services would have to satisfy to count as green. The law on the so-called taxonomy system would mandate the European Commission to do the detailed work of establishing which activities should make the grade. The plans reflected frustration in Brussels that companies and fund managers resort to spurious claims to attract environmentally conscious investors. The proposed approach has stoked concern among governments that Brussels would have too much control over a process that could divert financing away from some businesses and into others. (Financial Times)*

The US financial markets regulator has proposed amendments to corporate disclosure rules in a bid to improve information for investors and ease compliance by public companies. Company disclosure of environmental, social and corporate governance (ESG) topics has become a topic of debate in Washington recently. More specifically, the Securities and Exchange Commission (SEC) said, the proposed changes were intended to make disclosure documents easier to read and to discourage repetition or disclosure of information that was not material. The proposed changes included dropping a requirement for companies to disclose the “most significant” risks to their business and replacing this with a requirement to disclose the most “material” risk factors. According to the commission, its proposed amendment of the rule relating to companies’ “narrative description of the business” would also “refocus the regulatory compliance requirement by including material government regulations, not just environmental provisions, as a topic”. (IPE)

Coach and Versace attacked in China for Hong Kong reference

Fashion labels Coach and Versace have become the latest foreign brands to face a backlash from internet users in China, drawing fierce criticism across social media for referring to Hong Kong and Taiwan as countries. Chinese internet users on Monday circulated an image of US luxury brand Coach’s website that showed both regions could be selected under a menu titled “countries”. China claims Taiwan and Hong Kong as part of its territory. In a statement on Weibo, China’s version of Twitter, Coach apologised and said it had corrected its website, adding that it “is committed to long-term development in China and respects the feelings of the Chinese people”. The incident came a day after Italian luxury brand Versace was forced into a “deep apology” after outraged internet users posted images apparently showing that one of its T-shirts labelled Hong Kong and Macau as countries. The news comes as pro-democracy protests continue within Hong Kong in response to the perceived increase in the influence of Beijing on the territory. (Financial Times)*

Customer complaints about British betting companies have increased by almost 5,000 percent over the past five years, with problem gamblers alleging that bookies continue to entice them to bet even after they have pleaded to be left off mailing lists. The figures, obtained by BBC Panorama from the Gambling Commission regulator, show there were a record 8,266 complaints in 2018, compared with just 169 in 2013. Most complaints were about firms refusing to pay out on winning bets or failing to operate in a socially responsible way. LeoVegas and Jackpotjoy are among the betting companies under fire for ignoring signs of addiction. Last month, the regulator imposed a £5.9 million fine on Ladbrokes Coral for “systematic failings” at the company to protect problem gamblers who lost large amounts of money. Campaigners say that the government needs to do more to protect the most vulnerable gamblers. The rise follows a sharp increase in UK gambling over the past decade. (BBC; The Guardian)

Two new BlackRock Inc funds that exclude gun makers are off to slow starts as socially-minded investors embrace other products addressing a wide range of issues like environmental and governance concerns, according to flow data at the world’s largest asset manager. Investor scrutiny of gun makers picked up after last year’s mass shooting at a Florida high school and has continued through more recent attacks, including in Texas and Ohio last weekend. Some activists have urged asset managers to drop holdings like Sturm Ruger & Co and American Outdoor Brands Corp. Rather than divest, BlackRock introduced two gun-free funds in spring 2018. The two new funds have not taken off. Meanwhile, however, flows to ESG funds have spiked overall as investors focus on subjects like the impact of climate change at energy companies or gender pay disparities at technology firms. (Reuters)