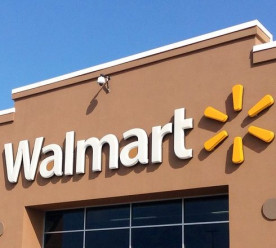 Walmart says it will keep selling guns, even as advocacy groups and workers voice concerns

US supermarket, Walmart, has announced it will not stop selling firearms or change its open carry policies, even as advocacy groups and workers voiced concerns about shootings at two of its stores that killed 24 people in the past week. Walmart spokesman, Randy Hargrove, remarked there has been no change in company policy and that following the mass shooting over the weekend “focus has been on supporting associates, customer and the El Paso community.” The retail giant sells guns in about half of its 4,750 US stores, making it one of the nation’s largest sellers of firearms and ammunition. It requires store employees to undergo active shooter training every three months and allows shoppers to carry firearms openly in cities and states where it is legal. Advocacy groups and workers say Walmart should do more to curb gun violence. Guns Down America, a non-profit that advocates for gun control policies, is calling on Walmart to stop selling firearms and to offer gun buybacks to its customers. It also wants the retailer to stop making political contributions to politicians who take money from the National Rifle Association. (The Washington Post)*

The online message board 8chan was effectively knocked offline on Monday after two companies cut off vital technical services following the mass shooting in El Paso, Texas, whose perpetrator was linked to the site. 8chan is known for trafficking in anonymous hate speech and incitement of hate crimes. A racist “manifesto” posted to the site is believed to have been written by the suspect of last week’s mass shooting in El Paso, Texas. If it was, it would be the third known instance of a shooter posting to the site before going on a rampage, following mass shootings at two New Zealand mosques in spring, and another at a California synagogue. On Sunday, the security company Cloudflare announced it was cutting off the message board, which has a history of use by violent extremists. 8chan quickly found a new online host: Washington-based Epik that also owns the security company BitMitigate. However, on Monday, London-based Voxility, a provider of network hardware and services, upended both Epik and BitMitigate by terminating its contract with the companies, according to the company’s vice president of business development. Without services like BitMitigate, it is difficult for extremist-tolerant sites to survive. (AP News)

Data protection officials in the US, EU, UK, Australia and Canada have raised concerns over the “privacy risks” of Facebook’s plans for a new digital currency, marking the latest blow to the Libra project. In a joint statement on Monday, the regulators said the Libra Network, operated by social media giant Facebook and 27 partners, may “instantly become the custodian of millions of people’s personal information”. This “vast” reserve of personal data, coupled with financial information and the design of the cryptocurrency, had amplified their concerns. The data protection officials urged the Libra group to offer more details about information-handling practices, such as how customers will be profiled and whether any of their data will be shared among Libra’s 28 founding members. Signatories include Elizabeth Denham, the UK’s information commissioner, and Giovanni Buttarelli, the European data protection supervisor. Rohit Chopra, a Democratic commissioner of the US Federal Trade Commission, is among those listed, as well as data commissioners in Canada, Australia, Albania and Burkina Faso. (Financial Times)*

The Commonwealth Bank of Australia has become the latest company to join a global push to reduce emissions and said it would phase out its exposure to thermal coal or power plants by 2030. The company announced a new environmental and social policy in its annual report released on Wednesday, emphasising its commitment to bring emissions to net zero, in line with global goals set out in the 2015 landmark Paris climate agreement. The bank joins a host of other Australian companies adopting similar policies to combat climate change, and reduce the country’s reliance on coal-generated power. Late last month, the world’s biggest miner BHP Group said it would invest $400 million over five years to reduce emissions, while insurers Suncorp Group and QBE Insurance Group have also set targets to eliminate their exposure to coal by 2025 and 2030, respectively. CBA will make A$15 billion of funding available to low carbon projects by 2025, the lender said in its environmental policy framework. (Reuters)

Razor brand Gillette has launched what it claims is the UK’s first nationwide recycling scheme for razors and blades, as part of a partnership with recycling firm TerraCycle. Under the initiative, customers will be encouraged to enter their details online in order to receive a special envelope for their used razors and blades. They can then post the filled envelope to TerraCycle for free. Once at the TerraCycle facility, the razors will be broken down and separated into plastics and metals. Plastics will be cleaned, melted and formed into pellets ready for inclusion in new products, while metals will be sent for smelting into new alloys. Such alloys are commonly used to make products for the transport and technology sectors. Customers will need to be 18 or over to use the service, with each customer limited to four envelopes per year. Each envelope can hold up to 16 products and, crucially, TerraCycle will accept razors and blades from all brands sold in the UK. (Edie)