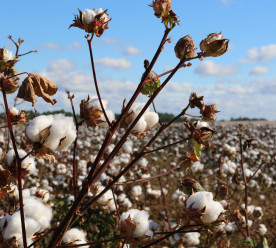 A top cotton producing state in India is to map its entire supply chain as part of a collaboration with the International Labour Organisation (ILO) to eradicate child labour and slavery from its fields and factories. The southern state of Telangana will begin a three-year project with the UN labour agency to map its cotton growing farms and spinning mills to ensure its main industry is ethical. India, the world’s second largest cotton producer after China, is the only country named by the US Department of Labour in 2016 for having child and forced labour in both cottonseed production as well as cotton growing. Six of the 10 cotton growing districts of Telangana will initially be mapped for labour violations under the project. The study will also look at gender discrimination in salaries for agriculture workers and whether they have collective bargaining rights. The state will also train officials from various government departments, including labour and education, to identify and stop any form of forced labour in cotton fields. (Thomson Reuters Foundation)

The Myanmar military controls an extensive business empire that enables it to avoid accountability and conduct operations with impunity against ethnic groups, contributing to widespread human rights abuses, according to a United Nations report released yesterday. A UN fact-finding mission urged foreign businesses and governments to sever ties with more than 140 companies owned or controlled by the military, which has carried out a campaign of ethnic cleansing, murder and rape of Rohingya Muslims. The mission calls for a criminal investigation of two companies, KBZ Group and Max Myanmar, that donated money to build a border fence aimed at preventing the return of more than 700,000 Rohingya Muslims who were driven from their homes by the military in 2017. The Tatmadaw owns and operates two conglomerates, Myanmar Economic Holdings Limited and the Myanmar Economic Corporation. The two companies own at least 120 subsidiaries and have close ties to at least 27 more companies, the report said. The conglomerates also own two of the country’s largest banks, Myawaddy Bank and Innwa Bank, which give the military direct access to the international banking system. (New York Times)

Volvo Cars, owned by China’s Geely, has produced the first cars containing recycled cobalt mapped using a blockchain, and has joined a separate project to monitor cobalt from Democratic Republic of Congo (DRC). Carmakers are under pressure from customers and investors to prove electric vehicles do not rely on conflict minerals or child labour. They are exploring the usefulness of blockchain – the technology to create a distributed ledger first used for cryptocurrency – to improve accountability throughout supply chains. The blockchain has been developed by British blockchain specialist Circulor using technology from US company Oracle and is expected to be rolled out widely this year. Volvo also confirmed it was joining fellow automaker Ford, technology giant IBM, South Korean cathode maker LG Chem and China’s Huayou Cobalt in a project overseen by responsible-sourcing group RCS Global. Among battery minerals, cobalt is particularly challenging because around two thirds of all supplies are from DRC, where governance risks are extreme. (Reuters)

Facebook is failing to shut down groups on its site where fake Amazon reviews are sold, consumer group Which? claims. Facebook and eBay were urged in June by the Competition and Markets Authority (CMA) to probe the sale of fake reviews via groups. Which? claimed to have uncovered several active groups that recruited people to write fake testimonies. For its latest investigation, Which? said it joined 10 separate Facebook groups looking for recruits. In a 30-day period, it said, recruiters added more than 55,000 posts to the groups that offered free products to people who wrote highly-rated reviews on Amazon. Natalie Hitchins, head of products at Which?, said Facebook had to take more action against any group it was told about and be more “proactive” about finding other groups and closing them down. CMA senior director George Lusty said it was “unacceptable” that Facebook groups promoting fake reviews were reappearing. Facebook said it had removed nine of the 10 groups Which? reported to it and was investigating the remaining one. (BBC)

Google has announced that all shipments to customers will be carbon neutral from next year and it will include recycled materials in all its products from 2022. In a blog post, Anna Meegan, the search giant’s head of sustainability, acknowledged that its products take a lot of resources to build and their disposal can also create “significant waste”. She said Google would start “designing in sustainability” from the start of the product development process. The new commitments step up the competition among tech companies aiming to show stakeholders that they are curbing the environmental toll from their widening arrays of gadgets. Meegan added that between 2017 and 2018 carbon emissions for product shipments decreased by 40 per cent and that it will ship one million Nest thermostats to “families in need” by 2023 as part of its Power Project which is designed to reduce energy usage from heating. Three out of nine Google products for which the company has detailed disclosures online contain recycled plastic, ranging from 20 per cent to 42 per cent in the casings for its Google Home speakers and Chromecast streaming dongles. (Engineering & Technology)