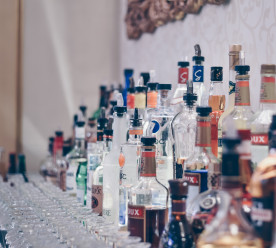 Drinks giant, Diageo, has announced its largest environmental investment in a decade, pledging to spend £180 million installing green energy and water recovery systems at brewing sites in Africa. The firm said the investment will be spread across 11 breweries in Africa, with £50 million of upfront capital investment in new green technologies backed by £130 million for long-term maintenance and operations. Diageo’s chief executive, Ivan Menezes, said the funding “is one of the biggest single investments in addressing climate change issues across multiple sub Saharan markets.” Under the plans three breweries in Kenya and Uganda will be fitted with biomass boilers, replacing systems powered by heavy fuel oil. Biomass fuel will include woodchip, bamboo and rice husks, reducing carbon emissions by 42,000 tonnes a year. Water recovery, purification and reuse facilities will be rolled out across five sites in Kenya, Uganda and Nigeria, which are collectively expected to save two billion cubic litres of water a year. Finally, breweries will be fitted with solar arrays, which will provide up to a fifth of each brewery’s electricity demand. (Business Green)

BP has teamed up with Chinese ride hailing company Didi Chuxing (DiDi) to develop plans for a network of electric vehicle chargers across China, as the British oil giant looks to scale up its low carbon business activities in the world’s largest EV market. The two companies announced late last week plans to form a new joint venture to develop EV hubs across the country, which will offer charging services to both DiDi drivers as well as the general public. DiDi is China’s leading ride-hailing app, boasting around 550 million users of its services which include taxi booking, car sharing, e-bike sharing, car rental and food delivery. Around half of the entire planet’s electric vehicle sales occur in China. By 2030, 80 percent of EV charging in the country is expected to take place at destination, forecourt and fleet hub charge points, according to BP. The two companies have opened a pilot EV charging site in Guangzhou with ten fast-charging units that will migrate into being part of the new joint venture. (Business Green)

Britain needs an overarching new sustainability law to bolster natural life-support systems and prevent economic and social collapse, according to proposals by think-tank the Institute for Public Policy Research. The paper says policymakers have made a “catastrophic mistake” by underestimating the risks posed by environmental breakdown and the potential benefits of switching to a different economic approach that focuses on building abundance. The paper is a follow-up to a widely circulated IPPR study, published in February, that said a gathering storm of human-caused threats to climate, nature and economy posed a danger of systemic crash comparable to the 2008 financial crisis. To avoid this, the new document says there is an urgent need for parliament to pass a “Sustainable Economy Act” that would mandate statutory targets to rapidly reduce the effects of declining soil fertility, air quality, pollinator numbers, fish stocks, wildlife diversity and other benchmarks of a healthy environment. It would also be markedly more ambitious than the government’s plans for a new Environment Act because the IPPR also proposes establishing a committee to regularly update goals in line with advances in scientific knowledge and creating a powerful watchdog body that would enforce the targets. (The Guardian)

KPMG faces the threat of a legal challenge from the UK agency tasked with unwinding Carillion, the outsourcer that collapsed last year, over allegations that the Big Four accountancy group’s audit of the company was negligent. Carillion issued a profits warning four months after KPMG signed off on its accounts. It collapsed five months later, in January 2018. The outsourcing group owed more than £1.3 billion to its banks and had a pension deficit of about £800 million while having just £29 million in cash. The bankruptcy process is expected to cost the taxpayer about £148 million, including a £50 million payment to PwC, according to estimates by the National Audit Office. KPMG is already under investigation by the Financial Reporting Council, the UK’s audit watchdog, for its work on Carillion. If a lawsuit is filed against KPMG, it would be one of just a handful of public legal cases brought against Britain’s largest audit firms by the administrators or liquidators of failed businesses. (Financial Times)*

Months after it became a carbon-neutral business, broadcaster ITV has unveiled a plethora of new sustainability pledges, including committing to a 1.5C science-based target, purchasing 100 percent renewables and removing all single-use plastics in operations, productions and the supply chain. The new strategy aims to build on ITV’s strong environmental work to date. In 2018, the organisation became a carbon neutral business, having reduced emissions by more than 52 percent over a five-year period and offsetting all direct emissions from business operations, travel and energy use. ITV has now committed to setting a science-based target and will aim to reduce emissions by 10 percent annually until the target is finalised. The science-based target will be aligned to the Paris Agreement’s most ambitious target of limiting global warming to 1.5C. The company has also committed to joining the Climate Group’s RE100 initiative to procure 100 percent renewable energy. ITV’s UK buildings are already powered completely by renewables, accounting for 55.6 percent of its global electricity consumption. (Edie)*