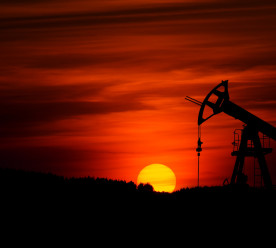 BlackRock, the world’s biggest investor, has lost an estimated $90 billion over the last decade by ignoring financial risks of investing in fossil fuel companies, according to economists. A report from the US-based Institute for Energy Economics and Financial Analysis (IEEFA) found BlackRock’s investments in the world’s largest oil companies – including ExxonMobil, Chevron, Shell and BP – were responsible for 75 percent of its multi-billion losses. The fund manager also lost money due to the collapse of big US fossil fuel companies, including General Electric and Peabody. BlackRock has denied responsibility for its fossil fuel investments because most of its funds track investment indices which are controlled by third parties. The report calls on BlackRock to propose its own low emissions index benchmark for the passive funds to avoid risking its clients’ investments. It also asks the fund to appoint a new independent chairman and refresh its 18-strong board, where six members are former executives from companies with close ties to the fossil fuel industry. (Business Insider Singapore; IPE)

Switching just some of the huge subsidies supporting fossil fuels to renewables would unleash a runaway clean energy revolution, according to a new report by the International Institute for Sustainable Development (IISD) found. Coal, oil and gas currently get more than $370 billion a year in support, compared with $100 billion for renewables. Just 10-30 percent of the fossil fuel subsidies would pay for a global transition to clean energy, the IISD said. The transition from polluting fossil fuels to clean energy is already under way. Annual investment in renewables has been greater than that in fossil fuel electricity generation since 2008 and new renewable capacity has exceeded fossil fuel power each year since 2014. However, progress is slow compared with the urgency required. The new analysis shows how redirecting some of the fossil fuel subsidies could decisively tip the balance in favour of green energy, making it the cheapest electricity available and instigating a rapid global rollout. (The Guardian)

Facebook says it has discovered that people linked to the Saudi authorities have been using its platforms to spread propaganda through fake accounts. More than 350 accounts and pages have been removed by the social media giant, who made the move to publicly link such activities to a government. In a statement, Facebook said it acted this week to tackle “co-ordinated inauthentic behaviour” on its platform and on Instagram. It says the accounts were set up so people could pose as citizens of those countries or create pages that looked like local news outlets. The pages frequently shared criticism of neighbouring countries including Iran, Qatar and Turkey, and called into question the credibility of Al-Jazeera news network and Amnesty International. According to a Guardian investigation, CTF Partners, the lobbying firm run by Boris Johnson’s ally Sir Lynton Crosby, was involved in secretly building a network of unbranded “news” pages on Facebook for dozens of clients ranging from the Saudi government to major polluters. This news follows a reveal in April that the company was behind a series of hugely influential pro-Brexit Facebook groups. (BBC; The Guardian)

Some of Asia’s biggest companies are pushing back against plans from the Hong Kong Stock Exchange (HKEX) to demand greater disclosure on environment, social and governance (ESG) issues. In May, HKEX proposed forcing listed companies to publish statements about ESG-related risks. But the Chamber of Hong Kong Listed Companies, whose members include tech firms Tencent and China Mobile, said it wants disclosure to be the discretion of companies. If adopted as proposed, the rules would require companies to disclose additional information about risks related to climate change and new details about greenhouse gas emissions. The exchange has said it wants to implement the disclosure proposals from next year. The Hong Kong corporate community’s resistance to mandatory ESG disclosures contrasts with some other major markets. The UK is exploring mandating companies disclose climate-related risks, while France already requires investors in the country to disclose how they handle ESG criteria. (Financial Times)*

A shareholder has urged retailer, Sports Direct, to devote more resources to corporate governance and learn from other founder-controlled companies such as JD Wetherspoon after the debacle of its full-year results release on Friday. Andrew Hollingworth, founder and portfolio manager at Holland Advisors, said in a letter to Sports Direct founder and controlling shareholder Mike Ashley that while senior people in areas such as finance “may come at a level of expense you dislike, they are there to help your complex business run smoothly and importantly to avoid unnecessary crises.” Mr Hollingworth’s stake is only worth about £500,000, but it is fairly typical of Sports Direct’s investor base. The letter follows an extraordinary day when Sports Direct’s results, which had already been postponed by over a week, were repeatedly delayed until after the market close following the receipt of a tax demand from the Belgian authorities totalling more than €670 million. Sports Direct acknowledged that it had received the letter but declined to comment further on its contents. (Financial Times)*