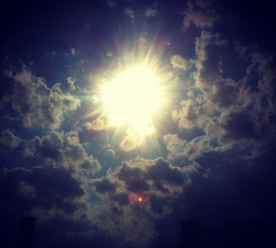 The UK’s 10 hottest years on record have all occurred since 2002, the UK national weather service, the Met Office, has said. In a further indication of how the climate changing, its records show that none of the UK’s 10 coldest years have occurred since 1963. The data formed part of the Met Office’s latest annual state of the climate report  published in the International Journal of Climatology.  In a year of extremes, the UK had a heatwave last summer, which the experts said was made 30 times more likely by climate change, and the season was the equal-hottest summer on record along with 2006.The UK data adds to a global picture of a planet that’s heating up, with this July on track to be the hottest month ever recorded on Earth, and 2019 expected to be the second hottest year. The hottest was 2016, which was boosted by an El Niño weather system. Nine of the 10 hottest years ever recorded globally have occurred since 2000. (The Guardian)

British betting and gambling group, Ladbrokes Coral, will pay a £5.9 million penalty, one of the largest imposed by industry regulator the Gambling Commission, over multiple failures to intervene in problem gambling. The regulator detailed a litany of transgressions by Ladbrokes Coral, owned by GVC, to fulfil its social responsibility obligations and prevent money laundering. Coral did not carry out any “social responsibility interactions” despite a customer, who lost £1.5 million over three years, displaying clear signs of problem gambling, such as logging into their account 10 times a day and losing £64,000 in a month. In a separate case, Ladbrokes did not ask any questions of a customer who had lost £98,000 over two and a half years and had even asked the operator to stop sending promotions. As part of this settlement, the Ladbrokes Coral Group’s new owners, GVC, will pay £4.8 million towards responsible gambling causes and will forfeit £1.1 million to “affected parties” including victims of crime, in cases where stolen money was used to bet. (The Guardian)

German prosecutors have filed charges against former Audi Chief Executive Rupert Stadler, who is being investigated over his role in automaker Volkswagen’s emissions test cheating scandal. Volkswagen admitted in September 2015 to having used illegal engine control software to cheat pollution tests, triggering a global backlash against diesel. The affair has so far cost the German carmaker €30 billion. The public prosecutor’s office in Munich said Stadler and three other defendants are being charged with fraud, false certification and criminal advertising practices. Audi only admitted in November 2015 that its 3.0 litre V6 diesel engines were fitted with an auxiliary control device which was deemed illegal in the United States. Stadler was arrested in June 2018 as part of a broader probe into emissions cheating at Audi, which is part of Volkswagen Group, and spent several months in prison. The prosecutors said that Stadler’s indictment relates to roughly 250,000 Audi branded cars, 112,000 Porsches and 72,000 Volkswagen cars that were sold in the US and Europe. (Reuters)

Finnish biofuel producer and oil refiner Neste is spending €1.4 billion euros to more than double output at its Singapore refinery to meet rising global demand for renewable energy. The refinery produces renewable fuels, mainly from waste and residues such as used cooking oil, animal fat from food industry waste, fish fat from fish processing waste and residues from vegetable oil processing. The Singapore expansion, Neste’s single biggest investment to date, will increase renewable fuel output by up to 1.3 million tonnes per year (tpy) from the current 1 million tpy. The expanded plant, which is expected to be ready by the first half of 2022, will produce renewable versions of diesel and jet fuel. Neste, which currently makes renewable fuels from facilities in Singapore, Rotterdam and Porvoo, Finland, is also starting up a company in Shanghai to source waste residues for export to Singapore. (Reuters)