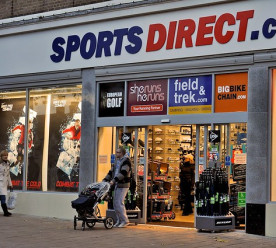 Accounting firm, Grant Thornton, has told regulators it intends to quit as the auditor of British sports retailer Sports Direct following concerns over the disclosure of a €674 million tax bill. Grant Thornton made the decision to walk away from the company — one of its largest listed audit clients — after it was informed by Sports Direct of the significant tax liability just hours before it was due to sign off on its annual accounts. The resignation could leave one of the UK’s most high-profile listed companies struggling to appoint an auditor after it admitted in its annual results last week that it had not persuaded rival accounting firms to tender for its audit contract. Last week the retailer was forced to delay the publication of its earnings by 10 hours and eventually revealed that the reason for the delay was a late €674 million Belgian tax demand (Financial Times)*

Personal details of 106 million individuals stolen in Capital One hack

The personal details of about 106 million individuals across the US and Canada were stolen in a hack targeting financial services firm Capital One, the company has revealed. Capital One said the data included names, addresses and phone numbers of people who applied for its products, but that the hacker did not gain access to credit card account numbers. The hacker also managed to obtain credit scores, limits, balances, and payment history. The data breach is believed to be one of the largest in banking history. The firm said in a statement on Monday that the breach affected approximately 100 million individuals in the US and 6 million people in Canada. The statement added that about 140,000 social security numbers and 80,000 linked bank account numbers were compromised in the US. In Canada, about one million social insurance numbers belonging to Capital One credit card customers were also compromised. The company will notify those affected and will provide them with free credit monitoring and identity protection. (BBC)

Listed UK asset manager Schroders is to acquire a majority stake in impact investor BlueOrchard, underscoring the growing mainstream investor interest in this extension of the ESG investing movement. Impact investors are those which make investments with the intention of generating positive social or environmental impact alongside a financial return. BlueOrchard has around $3.5 billion in assets under management across credit, private equity and infrastructure, and partners with leading global development finance institutions for blended finance mandates. Schroders said the deal would support the expansion of its “sustainability capabilities” and accelerate its growth in private debt and private equity investments in emerging markets. Major Dutch pension funds ABP and PGGM previously had investments in funds managed by BlueOrchard, but they had to pull out due to regulatory changes in the Netherlands. This new move by Schroders is thought to be the first time a large European asset manager has made such a strategic move into impact investing. In the US, Goldman Sachs Asset Management acquired impact investor Imprint Capital in 2015. (IPE)

InterContinental Hotels Group (IHG) has become the first global hotel company to commit to cutting the use of miniature toiletries in attempt to curb plastic waste. The UK-based owner of the Holiday Inn and Crowne Plaza hotels said it would remove the 200 million plastic bathroom products used annually throughout its estate of 843,000 rooms by 2021. Keith Barr, IHG’s chief executive, said businesses had to do more for the environment to make up for a lack of government action, adding that investor pressure on environmental issues had “upped significantly”. IHG said about a third of the estate had already stopped providing miniature bathroom products to guests, with its luxury brands offering bulk bathroom soaps in ceramic containers. IHG has also committed to reducing its carbon footprint per occupied room by 6 per cent by 2020. Its high-end resort brand, Six Senses, has said it will go plastic free throughout its supply chain by 2022. (Financial Times)*

A coalition of 18 large businesses have collectively cut $55 million off their energy costs by implementing better efficiency measures, concluded a new report from NGO, The Climate Group. The report is the NGO’s first annual progress document on its EP100 initiative. Under EP100, companies are required to either double their energy productivity, make their buildings net-zero carbon or implement an energy management system. In total, 50 companies with operations across 133 geographical markets are signed up to the initiative, including Hilton, H&M Group, Schneider Electric, Landsec and RBS. The 18 businesses to have collectively cut $55 million off energy bills include India-based engine manufacturer and supplier Swaraj Engines and the Yanbu Cement Company. A further key finding was that the 21 members of EP100 to have reported their year-on-year progress have collectively prevented the emission of 522 million MTCO2e equivalent to taking the annual energy consumption of Germany off the global system. (Edie)