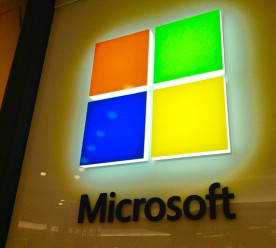 A supposed internal announcement from technology giant, Microsoft, states that the company is temporarily suspending donations from its employee-funded Microsoft Political Action Committee (MSPAC), while it restructures the programme. The document was published by a tech worker activist, who transcribed it from a verified screenshot of the document sent by a Microsoft employee. Recently, Microsoft has been under pressure from employees upset about some government contracts, such as military application of its augmented reality technology, and political donations they feel contradict the company’s stated values on issues such as immigration and LGBTQ rights. The document reads “we have heard from many employees that greater transparency is needed when it comes to MSPAC policies, giving criteria, and how decisions are made in terms of the candidates we support.” The document goes on to state that Microsoft is suspending political donations until the autumn, while it takes time to “align operations,” including creating new employee advisory councils. (Fast Company)

The incoming European Commission has started work on new legislation designed to overhaul how the EU treats tech companies and equip Brussels with sweeping legal powers to regulate hate speech, other illegal content and political advertising for the first time, according to officials. The legislation will force tech giants to remove illegal content or face the threat of sanctions under a comprehensive “Digital Services Act” due to be unveiled at the end of next year. It will be the first of its kind globally to oversee content on digital platforms at scale, along with the UK’s Online Harms white paper, which is currently being drafted. The EU has so far relied on platforms such as Facebook, Twitter and YouTube taking part in voluntary self-regulation for illegal material in everything except terrorist content. The new laws will mean social media giants will be subject to mandatory “notice and take down” orders forcing them to remove illegal content, including certain types of racism and xenophobia, from their sites, or face fines. (Financial Times)*

US agricultural trader Bunge and UK energy major BP have agreed to form a sugar cane ethanol joint venture in Brazil. BP will combine its Brazilian biofuels and biopower ventures with Bunge’s. The stand-alone entity, BP Bunge Bioenergia, will have 11 biofuels mills in Brazil, with 32 million tonnes of crushing capacity per year. It will produce both ethanol and sugar.  BP will pay Bunge $75 million and the joint venture will take on $700 million of non-recourse debt associated with Bunge’s assets. The joint venture, headquartered in Sao Paulo, will also generate renewable electricity generated by waste biomass from sugar cane to power the sites with any surplus sold to the Brazilian grid. BP is attempting to produce more environmentally friendly liquid fuel stocks, expecting continued demand for combustible fuels from transportation aeroplanes. Biofuels create carbon emissions similar to fossil fuels when combusted but are considered greener because they are produced from organic material that has absorbed carbon dioxide from the atmosphere. (Financial Times)*

Unilever, Nestle, and Tesco are seizing the ‘fake meat’ opportunity

Unilever, Nestle, M&S, and Tesco are among the firms best prepared to capitalise on the boom in plant-based ‘meat’ alternatives, according to analysis published today by institutional investor network, FAIRR. The report argues large food companies are increasingly developing “proactive” strategies for managing rising consumer demand for sustainable protein, with 23 of the 25 companies assessed having expanded their alternative protein ranges in the last year. Five of the 25 firms FAIRR engages with being awarded the top “proactive” ranking for the first time. Those firms are undertaking risk assessments on their protein supply chains and expanding their range of plant-based products, FAIRR said. The alternative meat industry is expected to be worth $100 billion within the next 15 years, according to research quoted in the paper. The FAIRR network of investors, including Schroders and Allianz, works to raise awareness among the financial risks factory farming and poor animal welfare can have on investment portfolios. (Business Green)

Indonesia’s largest online food delivery service, Go-Food, has introduced a charge for disposable cutlery. It could be the first delivery service in Southeast Asia to do so, as the region searches for business solutions to the plastic pollution crisis. The company will also provide drivers with new delivery bags, so that merchant partners can pack food directly into the new bags without using plastic carriers. The opt-in function for cutlery was introduced by Berlin-headquartered Foodpanda and UK-based Deliveroo last year. Gojek’s Malaysia-headquartered rival Grab will be inviting its customers to avoid disposable cutlery from September this year. Go-Food, which processed 529 million food and drink orders last year, is also working with the city government of Denpasar and local green group PlastikDetox to run workshops for hundreds of merchants in Bali on the importance of reducing plastic use in business operations and how they can go about doing so. (Eco-Business)