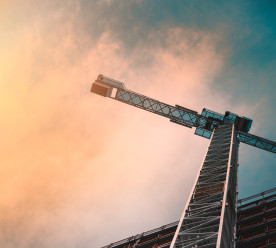 A group of investors, including Standard Life Aberdeen and BNP Paribas Asset Management, are pressuring the world’s largest construction material businesses to increase preparations for a low-carbon economy. The shareholders, which oversee $2 trillion in assets, have sent letters to the chairmen of CRH, LafargeHolcim, HeidelbergCement and Saint-Gobain, outlining the measures they expect companies to take in response to the growing risks of climate change. Jocelyn Brown, senior investment manager for sustainable ownership at RPMI Railpen, the British pension fund and one of the investors involved in the initiative, said that if the construction materials sector were a country, it would be the third-largest emitter of greenhouse gas emissions, behind only the US and China. The investors are asking construction material companies to become “carbon neutral” by 2050, setting hard targets to reach this goal. They also want the business to comply with the recommendations of the Task Force on Climate-related Financial Disclosures, as well as assign specific responsibility for climate change to a board member or committee, and be transparent about their lobbying on global warming. (Financial Times)*

28 companies with a total market capitalisation of $1.3 trillion are setting new climate ambitions in response to a call-to-action campaign ahead of the UN Climate Action Summit on 23 September. The companies have committed themselves to more ambitious climate targets aligned with limiting global temperature rise to 1.5°C above pre-industrial levels and reaching net-zero emissions by no later than 2050. Companies to first commit include AstraZeneca, KLP, Natura &Co, Singtel, Telefonica, Unilever, Vodafone Group PLC and Zurich Insurance, among others, collectively representing over one million employees from 17 sectors and more than 16 countries. Of the 28 companies, BT, Hewlett Packard Enterprise, Levi Strauss & Co. and SAP already have 1.5°C-aligned reduction targets covering greenhouse gas emissions from their operations. The companies raising the bar for corporate climate ambition are committed to setting science-based targets through the Science Based Targets initiative. Ambitious CEOs who commit their companies to a 1.5°C trajectory in support of a net-zero future will be recognised at the UN Global Compact’s Private Sector Forum as part of the UN Climate Action Summit. (3BL)

BHP, the world’s largest mining group, will set public goals next year on reducing greenhouse gas emissions from its products even after they have been sold, as it looks to take an industry lead on tackling climate change. The move — the first by a big diversified mining company — is one of a series of commitments to be announced by chief executive, Andrew Mackenzie. Plans to spend $400 million over the next five years to reduce carbon emissions and to tie executive pay more closely to environmental targets will also be outlined. BHP’s move to tackle emissions from customers that use its iron ore and coking coal for steelmaking and other products will put it ahead of rivals such as Anglo American, Glencore and Rio Tinto. While most of the industry has pledged to reduce operational “Scope 1 and 2” greenhouse gas emissions, big mining groups have been more hesitant about tackling “Scope 3”, those produced by their customers, because of the complexities involved. (Financial Times)*

Britain will ban employees from using non-disclosure agreements (NDAs) that prevent victims of workplace harassment from speaking to police, lawyers and healthcare workers about their abuse. NDAs, also known as workplace “gagging clauses”, are often used in commercial transactions to protect company information and trade secrets. The proposed new laws follow an enquiry by a British parliamentary committee beginning in November that examined whether NDAs should be banned or restricted, how easily victims can access legal aid, and if companies should be forced to report on types and numbers of NDAs used. The new law will ban NDAs that stop people disclosing information to the police, doctors or lawyers. Employees who sign NDAs are to be given independent legal advice under the legislation. Kelly Tolhurst, Britain’s minister for small business, said the new legislation “will stamp out misuse, tackle unacceptable workplace cultures (and) protect individuals.” (Thomson Reuters Foundation)

The British government has spent £680 million of its foreign aid budget on fossil fuel projects since 2010, according to analysis by the independent thinktank Overseas Development Institute. The study, commissioned by the Catholic Agency for Overseas Development (CAFOD), found that Britain allocated more overseas development cash to oil and gas in the two years after signing the 2015 Paris Agreement than it had in the previous five. Although the UK also increased support for renewables, CAFOD said the continued support for carbon-intensive energy in middle-income countries was diverting resources that should be used to help poor communities gain access to electricity from wind and solar power. From 2010-17 the UK provided £7.8 billion in financial support to foreign energy projects, with 60 percent of this total going to fossil fuels. Despite the UK parliament declaring a climate emergency and enshrining the net-zero emissions target into law, the study disputes that these efforts are reflected in the government’s development policies. (The Guardian)