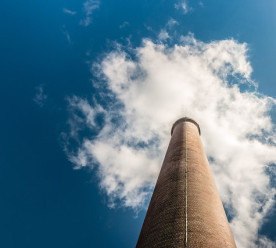 The former boss of Unilever is seeking a team of “heroic chief executives” to drive a shift to a low-carbon, more inclusive way of doing business. Paul Polman, who stepped down from the Anglo-Dutch owner of Marmite and Dove in November last year after a decade at the helm, warns that the rise of populism and Brexit are symptoms of capitalism’s failure to adapt. Bosses, he insists, must commit to fighting inequality and tackling the climate emergency. “We are about to commit the biggest intergenerational crime in the history of mankind. We need to bring us together not drive us apart,” said the 63-year-old Dutchman, who won plaudits for pushing the benefits of sustainable business long before it became fashionable. He believes the starting point is “heroic chief executives willing to step up and move outside of the comfort zone and take personal risks. I tried to do the same with Unilever. It’s a matter of willpower.” (The Guardian)

The trading division of China’s biggest food company signed a $2.1 billion loan that links all of its main financing lines to environmental targets. Cofco International Ltd.’s deal marks the first time a mainland Chinese company has embraced this new kind of financing agreement, known as a sustainability-linked loan. The deal offers lower interest rates in exchange for meeting targets, such as tracing the origin of its soybeans to ensure they don’t contribute to deforestation in Brazil. Cofco’s deal ranks among the world’s biggest sustainability linked loans and the largest in the commodity trading industry. It will replace existing revolving credit and term-loan facilities, making it the first time a commodities trader tied its core source of trade finance capital to green targets. “The future demand of agri-commodities can only be met by sustainable sourcing,” said Jing Wu, chief financial officer at Cofco International. “The market is giving us an opportunity to reflect our beliefs and how we do business with a creative financing structure.” (Bloomberg)

In a bid to spur the development of new low-carbon transport technologies and systems on the path to net-zero by 2050, the UK has launched a new £80 million funding pot for electric car and plane projects. Made as part of its Industrial Strategy, the fund will be used to help academics and businesses of all sizes to develop and commercialise what the Department for Business, Energy and Industrial Strategy (BEIS) has described as the “next generation” of transport. Funding will specifically be allocated to those working in R&D around electric cars and vans, as well as hybrid-electric passenger aircraft. BEIS is referring to these technologies as Power Electronics, Electric Machines and Drives (PEMD). In addition to capital investment, the organisations which receive support under the fund will have access to practical advice and partnerships from more than 130 academic and private sector organisations. (Edie)

Banks are closing branches in deprived communities in England four times faster than in wealthy areas. High street banks have collectively closed 990 branches in the most deprived areas of the country since 2010, compared with 230 in the richest local authorities. The digital bank Pockit, which conducted the research, said a quarter of the poorest local authorities had lost more than 40% of their bank branches – totalling 705 closures – over an eight-year period. Between 2010 and 2018 about 5,035 bank and building society branches in England closed, a rate of almost two every day, it said. “Big banks are marginalising the poorest in society by shutting up shop and leaving them behind,” said Pockit’s chief executive, Virraj Jatania. “These findings suggest that high street lenders prefer serving the most well-off rather than the most in need. Banks should be supporting customers to improve their financial health, not abandoning them.” (The Guardian)

The Department for Food, the Environment and Rural Affairs (Defra) has proposed the introduction of a “personal water target” which would legally require individuals to keep their water consumption within a certain “budget”. The proposal forms part of a public consultation examining how water can be better managed at individual, local and business levels, launched in the wake of the Environment Agency’s (EA) warning that England could run short of water within 25 years. Launched on Friday, the consultation is asking academics, businesses and individuals what measures the Government can take to foster a “water-saving culture” in which water utilities actively support domestic and business customers to use less. In addition to personal water targets, the consultation will cover how water-using products should be labelled, how information on water saving is made available to consumers and which behaviour change campaign methods are most effective. (Edie)