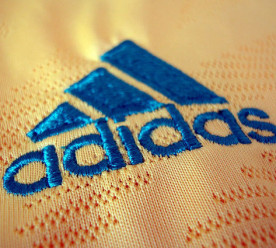 Today the UK Government has unveiled its Green Finance Strategy, outlining how better climate disclosure from corporates can help the finance sector drive progress towards net-zero emissions. The strategy is set to place UK financial services at the centre of efforts to tackle climate change and reduce emissions to net zero by 2050 – a target that was passed into UK law last month. The strategy is built on the recommendations of the Task Force on Climate-related Financial disclosures (TCFD) and focuses on investment and funding for green projects, infrastructures and homes. The strategy includes expectations for publicly listed companies and asset owners to disclose climate risk and impact data by 2022 and to work with regulators as to whether this becomes a mandatory requirement. A Green Finance Education Charter will also be launched to place green finance and climate understandings as part of future qualifications and certificates for financial practitioners. A total of £5.8 billion has also been set aside for international climate finance to encourage other nations to act on climate collaboratively. (Edie)

Adidas UK faces intense criticism after a social media campaign on Twitter backfired and led to the company inadvertently tweeting out pictures of its shirts with racist and offensive slogans on the back. The error came as Adidas launched a social media campaign encouraging Twitter users to share a tweet which automatically generated an image of the new Arsenal FC shirt with the user’s handle on the back. The image was then republished by the official Adidas UK account linking in the user’s handle in the tweet. The promotional campaign was hijacked by Twitter users that had offensive account names, causing it to feature on the image of the shirt and be tweeted directly by Adidas. The racist tweets were posted from the Adidas UK account late on Monday night but have since been removed after Adidas was notified of the abuse. The error also calls into question Twitter’s responsibility in monitoring offensive accounts. (The Guardian)

A global coalition, called the Open Mobility Foundation (OMF), has launched with the mission to promote safety, equity and quality of life in cities. The OMF brings together academic, commercial, advocacy and municipal stakeholders to help cities develop and deploy new digital mobility tools, and provide the governance needed to efficiently manage them. Serving as a forum for discussions about pedestrian safety, privacy, equity and other related topics, the OMF has engaged a broad range of city and municipal stakeholders, including private companies, to ensure comprehensive engagement and expertise on vital issues. In addition to cities and public agencies, the OMF is funded in part by The Rockefeller Foundation and tech companies such as Microsoft. President of the Rockefeller Foundation, Dr. Rajiv Shah stated “The Open Mobility Foundation is a great example of how governments can leverage the power of data to transform and modernize the use of city infrastructure to ensure a more equitable future for all.” (PR Web)

Denim giant, Levi Strauss & Co. has signed a $2.3 million cooperation agreement with the International Finance Corporation (IFC) to help the company meet its science-based targets for reducing greenhouse gas emissions and water use in its supply chain. By 2025, Levi’s has committed to achieving a 40 percent reduction of greenhouse gas emissions across their whole global supply chain. The partnership with the IFC is seen by the firm as a critical element of achieving this target. The agreement will see the company follow the IFC’s Partnership for Cleaner Textiles (PaCT) approach within which the IFC will work with 42 of Levi’s suppliers to reducing greenhouse gas emissions and make water-saving interventions across 10 countries. The agreement follows trials of the co-operation project between the two organisations in six suppliers across four countries, which resulted in 20 percent emission reductions and a decrease in operating costs of $1 million across all the sites. (Environmental Leader; Edie)

KLM Royal Dutch Airlines has issued an open letter urging the aviation industry as a whole, as well as individual travellers, to join forces to create a more sustainable future for aviation. The letter, from KLM’s CEO, Pieter Elbers, calls for a collaborative effort to make responsible travel decisions. Forming part of KLM’s campaign to “Fly Responsibly”, the initiative is rooted in the belief that a collective approach with key stakeholders in aviation, including other airlines and passengers, is essential to create change. KLM has even prompted travellers to reconsider their options before taking the plane for a journey. Previously, KLM became the first airline to invest in sustainable aviation fuel at large scale by investing in the first sustainable fuel plant in Europe. The aviation industry is responsible for 2 to 3 percent of global man-made CO2 emissions.  (Sustainable Brands)