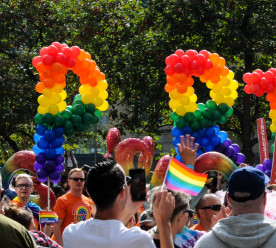 Employees at Google who wanted to march with the company at this weekend’s Pride parade in San Francisco were warned that they cannot take part in the parade as Google employees and at the same time protest against YouTube’s LGBTQ+ policies.

Google bought YouTube in 2006, and the issue over the company’s LGBTQ+ policy has arisen due to frustration by employees about YouTube’s handling of the homophobic and racial slurs against a Vox journalist in a video posted by conservative commentator, Steven Crowder. YouTube decided it didn’t violate YouTube’s terms of service and therefore has not been removed. It led Google CEO Sundar Pichai to respond by promising to review harassment policies and work more closely with its LGBTQ+ community.

The activism of Google employees reflects a shift in the expectation of employees that their companies share the same values. LinkedIn’s Workplace Culture Trends report in 2018, found that 71% of professionals say they would take a pay cut to work for a company that has a mission they believe in and shared values. A company’s values translate into the position taken on certain issues.

Where company practices are fundamentally at odds with the moral position of employees, they will make their voices heard.  Further examples include:

Less overtly, companies may face objections if there is a failure to proactively take a position on an issue. Microsoft employees were also disgruntled by the company’s contract with the Immigration and Customs Enforcement agency, the vehicle for the Trump administration’s “zero tolerance” immigration policies. Over 500 Microsoft employees signed a petition calling on the company to cancel its contract with the agency. Remaining neutral on a political issue is no longer enough to avoid criticism.

What these examples show, is that employees are increasingly looking for their employers to reflect their values and position on political issues. Companies need to understand the voices of their employees, and take a position backed up with action and leadership from all levels.