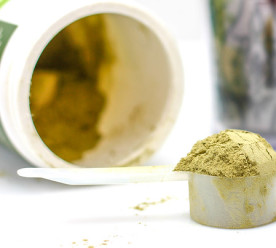 Solar Foods Plan to sell 50 million meals made from electricity, water and air

A start-up company that makes food from electricity, water and air, Solar Foods, has said it plans to have 50 million meals’ worth of its product sold in supermarkets within two years. The Helsinki-based company creates a powder, known as Solein, that can be given texture through 3D printing, or added to dishes and food products as an ingredient. One quarter of the world’s carbon footprint is due to food production, but the UN has said there needs to be an increase in food of 50-70 percent by the middle of the century. The powder, which could provide an environmentally-friendly solution to future food production, is produced through a process similar to brewing beer. Living microbes are put in liquid and fed with carbon dioxide and hydrogen bubbles, which have been released from water through the application of electricity. The microbes create protein, which is then dried to make the powder. Dr Pasi Vainikka, the chief executive of the start-up, said the company had produced a carbon-neutral way to produce a fully natural protein source without wasting land or water. Pre-engineering on a full-scale factory had just started, he added. (The Guardian)

Australia’s big four banks are financing companies accused of land grabs, deforestation and labour abuses in developing countries. ANZ, the Commonwealth Bank, NAB and Westpac have funded, directly or indirectly, companies accused of improperly acquiring land from local people, child labour violations and land clearing, according to a new report by Friends of the Earth Australia. The report compiled dozens of allegations of systematic human rights abuses in the supply chains of companies and subsidiaries in the palm oil trade financed by Australia’s largest banks. Between 2010 and 2018, the big four banks’ total financial involvement was at least $6.4 billion in six major companies involved in the palm oil supply chain, the report says. Singapore-based agribusiness group, Wilmar International, which has repeatedly been granted funding extensions by all four banks, has consistently been linked to human rights abuses that span several decades and numerous continents. None of the banks commented on specific client relationships, but all reiterated their commitment to continual assessment of the environmental and social impacts of those they provide credit to. (Sydney Morning Herald)

The Swiss government is to set up a working group on sustainable finance, tasked with considering the implications for Switzerland of the European Commission’s action plan. The group is also supposed to carry out work to inform decisions about Switzerland’s participation in international initiatives such as the Coalition of Finance Ministers for Climate Action, which was launched in April. It is thought the group will comprise members of the Swiss federal administration, with private sector and other interested parties when necessary. It is to be headed by the state secretariat for international finance, a unit of the federal finance ministry, and work closely with the environment department. The working group will also be asked to target the conclusion of industry agreements with financial market players. The government said these should lead to increased transparency and a voluntary industry commitment to a representative participation in portfolio climate alignment tests “with a view to achieving specific targets”. (IPE)

US insurer Chubb pulls back from coal

Chubb is set to become the first of the big US insurers to announce a ban on coverage for coal companies. While there has been a growing movement in Europe to stop selling insurance to coal-based power plants and coal mines so far US-based insurers have resisted joining in, despite increasing pressure from environmental action groups. Chubb will no longer sell insurance to new coal-fired power plants or sell new policies to companies that derive more than 30 percent of their revenues from thermal coal mining. The company, which is officially based in Switzerland but does much of its business in the US, will also stop making new investments in companies that have a big exposure to thermal coal mining or coal-based energy production. Joseph Wayland, Chubb’s general counsel, said that the decision was driven by business interests as well as broader environmental concerns. Wayland said the firm recognises that “as a global insurer we are impacted by climate change, in everything from increasing fire risk to flooding.” Chubb’s decision could increase the pressure of other big US insurers such as AIG and Travelers to act. (Financial Times)*

At the start of London Climate Action Week, four more leading companies have announced new commitments to source 100 percent clean energy and scale up electric fleets as part of The Climate Group’s RE100 and EV100 initiatives. Sportswear retailer JD Sports has pledged to source 100 percent renewable electricity for its operations in Europe by 2022 and globally by 2025. Property investor, Derwent London, similarly pledged its support for RE100 with a commitment to source 100 percent renewable electricity by 2020 for its entire portfolio of Central London properties. Additionally, shopping centre owner Intu and car park management firm APCOA Parking Group have both officially joined the EV100 campaign, unveiling plans to ensure their entire fleet of road vehicles are battery-powered in the near future. Intu plans to transition all its own vehicles to electric by 2030 and install over 80 EV charge points across shopping centres in the UK by 2020. APCOA has pledged to switch its mopeds, cars, vans, and buses to electric models by 2030, and install associated charging infrastructure over the same timeframe. (Business Green)