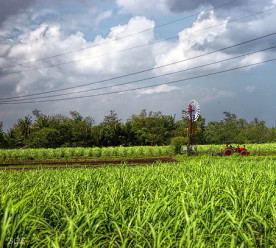 Yesterday Britain became the first among the major G7 countries to put their 2050 net zero greenhouse gas emissions target into law. The net zero target was recommended by the Committee on Climate Change last month. The move will require huge changes such as greater renewable electricity generation, phasing out new petrol and diesel cars by at least 2035 and a 20 percent cut in beef and lamb consumption. The net zero target replaces a previous goal to cut the country’s emissions by 80 percent compared with 1990 levels by 2050, a target campaigners said did not go far enough to meet pledges made under the 2015 Paris climate agreement to try to limit a rise in global warming to 1.5⁰C. The UK has already reduced emissions by 42 percent while growing the economy by 72 percent and plans to put clean growth at the heart of its modern Industrial Strategy. This could see the number of “green collar jobs” grow to 2 million and the value of exports from the low carbon economy grow to £170 billion a year by 2030. (Reuters; GOV.UK)

Henry Dimbleby, a co-founder of the British restaurant chain Leon, has been appointed by the government to lead a landmark review of the UK food system to determine a national strategy lasting decades beyond Brexit. The review will be the first significant assessment of the British food system in 75 years and could be one of the final actions by Michael Gove as environment secretary. The “farm to fork” study will start taking evidence in the coming weeks with a full report due in 2020. The review will examine the interlocking issues of environment, agriculture, health and big business, including the responsibilities of supermarkets and the restaurant trade. Dimbleby’s brief is to look at how a post-Brexit Britain will deliver “safe, healthy, affordable food” regardless of income, as well as examine sustainability of supply, jobs and the impact of the climate crisis. The Department for Environment, Food and Rural Affairs said the national strategy would build on the agriculture bill currently before parliament alongside the childhood obesity strategy and the forthcoming environment bill. (The Guardian)

Southeast Asian and Chinese companies with more women on their boards delivered better financial results than those dominated by men, according to a study by the International Finance Corp (IFC) in partnership with the Women’s Empowerment Working Group and the Indonesia Stock Exchange. Boards where more than 30 percent of members are women reported an average return on assets of 3.8 percent, compared with 2.4 percent for those without female representatives. The return on equity for companies with more than 30 percent female board representation was 6.2 percent, beating the 4.2 percent rate at those with all-male boards. Among Southeast Asian nations covered in the survey, Thailand is the most gender-diverse with women holding around 20% of board seats in listed companies. Almost 40% of surveyed companies in Southeast Asia had no female board members. Director of finance and human resources at the Indonesian Stock Exchange, Risa E. Rustam, said the study proves the “business case for board gender diversity is strong and relates not just to performance but also to corporate governance, reputation, and fairness.” (Bloomberg)

Dutch food retailer Ahold Delhaize has issued its first sustainability bond for €600 million with a term of six years. The company says that proceeds from the bond will finance environmental projects and community initiatives. These new or existing initiatives fall into three categories: sustainably produced product procurement, climate impact reduction, and the promotion of healthier eating, according to the company. The Ahold Delhaize Sustainability Bond Committee plans to oversee the allocation of proceeds as well as report on them. Megan Hellstedt, vice president of sustainable retailing for the retailer, said that the company plans to invest in procuring sustainably produced certified products such as seafood, coffee, tea, and cocoa. Other investments, she said, will be in green buildings, energy efficiency, renewable energy, and waste prevention, in addition to expanding healthier eating initiatives. Sustainalytics, an independent global provider of ESG and corporate governance research and ratings to investors, has been appointed to conduct an annual review of the investments. (Environmental Leader)

Alternative protein manufacturer Calysta has announced a $30 million investment from BP Ventures to support the worldwide rollout of its Feedkind protein, a pioneering fish and animal feed that aims to reduce environmental impacts across the food sector. The investment will help Calysta expand production of its single-cell protein, which uses a state-of-the-art fermentation process that requires no arable land and very little water. Instead, a bacterium called methylococcus is placed in fermentation tanks and fed methane, before being spun at high speeds to remove moisture and produce dry pellets that can be easily fed to fish and livestock. The investment agreement will also see BP and Calysta establish a strategic partnership. Currently, over 60 percent of cereals grown globally are used in animal feed, requiring millions of hectares of land and resulting in destructive deforestation and loss of biodiversity. Calysta’s FeedKind is one of several lab-developed alternatives to conventional animal feedstocks aiming to meet growing demands for food while avoiding deforestation and allowing the restoration of abandoned and unproductive land. (Business Green)