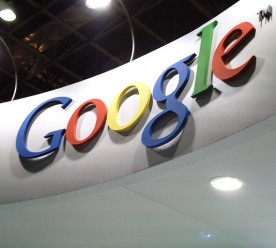 Investors managing more than $34 trillion (£27 trillion) in assets, nearly half the world’s invested capital, are demanding urgent action from governments on climate change, piling pressure on leaders of the world’s 20 biggest economies meeting this week. In an open letter to the “governments of the world”, groups representing 477 investors stressed “the urgency of decisive action” on climate change to achieve the Paris Agreement target. The letter argues that “there is an ambition gap” that needs to be addressed with urgency. The investor letter was signed by the chief executives of the seven founding partners of The Investor Agenda, including the Institutional Investors Group on Climate Change and the United Nations-backed Principles for Responsible Investment. Large investors signing the statement included Legal & General Investment Management and the California Public Employees’ Retirement System. The letter comes ahead of a June 28th – 29th G20 summit in Japan and as United Nations Secretary-General Antonio Guterres urges countries to back more ambitious climate goals. (Reuters)

Britain’s biggest carbon capture project is to be built by Tata Chemicals Europe in Cheshire, north-west England, after securing government funding. The scheme will mark a step forward in developing a carbon capture usage and storage industry in Britain — a technology described by the Committee on Climate Change, an advisory body, as “crucial” to hitting the UK’s newly adopted 2050 net zero emissions target. The £16.7 million demonstration project will capture 40,000 tonnes of carbon dioxide a year from a gas-fired plant that was installed by Tata Chemicals in 2000 to provide steam and power for its manufacturing works in Winnington. Britain is yet to develop a commercial-scale carbon capture project, which typically catch 1 million or more tonnes of carbon dioxide a year. Norway developed its first project at that scale in 1996. The UK’s slow approach to carbon capture and storage was criticised this year in a message by MPs on the business, energy and industrial strategy select committee. The technology is seen as critical for dealing with emissions from heavy industries, such as cement, chemicals, steel, and oil refining. (Financial Times)*

About 100 Google employees have urged the organizer of this weekend’s San Francisco Pride parade to remove the company out of the celebration, escalating pressure on the internet giant to overhaul its handling of hate speech online. The petition, which was posted online, asks that Google be dropped as a sponsor of the parade as well as excluded from having a presence at the event. A Google spokeswoman said the company participates in Pride to celebrate the LGBTQ+ community, and that employees in Google’s “Gaygler” community are divided on the controversy, with some circulating a counter-petition in support of Google being represented at the event. Francisco Pride Celebration Committee have responded saying that Google will still participate in the parade as the company “has historically been a strong ally to LGBTQ+ communities.” Google and YouTube “can and must do more to elevate and protect the voices of LGBTQ+ creators on their platforms,” the San Francisco Pride Celebration Committee said. Still, the company has “acknowledged they have much work to do to promote respectful discussion and exchange of ideas,” the group added. (Bloomberg)

Several hundred people, including employees of Wayfair Inc, rallied in Boston on Wednesday to protest the online retailer’s sale of furniture for a Texas detention facility housing migrant children. Wayfair employees walked off the job to protest an order for more than $200,000 of bedroom furniture destined for a facility in Carrizo Springs, Texas, that would house migrant children seeking asylum. After about an hour, many in the crowd drifted away from the rally. The protest drew the support of high-profile Democrats including US Representative Alexandria Ocasio-Cortez and US Senator Elizabeth Warren of Massachusetts, a presidential candidate. Employees have cited an internal document on the sale. A post on Twitter said that 547 employees had signed a petition demanding that Wayfair halt all business with border camps but the “CEO said no.” They demanded that Wayfair stop selling to migrant detention camps and that it give profits of the sale, which they claim amount to $86,000, to a Texas-based non-profit agency offering legal services to immigrants. A Wayfair spokeswoman declined to comment on the alleged sale. (Reuters)

Ikea works with BoKlok to build affordable homes in UK

Homebuyers in the British town of Worthing, where properties typically cost almost 12 times local salaries, may soon have a low-cost option from Ikea after a UK council agreed to work with an affordable housing developer co-owned by the retailer. The deal is with BoKlok, a company jointly owned by the Swedish retailer and the construction firm, Skanska, which specialises in factory-built housing that can be constructed at a low cost. BoKlok sets property prices so that buyers have money left to live on after they have paid their housing costs, and its website says “a single parent can afford to buy and live in a newly built two-bedroom BoKlok apartment”. Under the plans the council will license the developer to use the land rather than selling it off, charging it an annual ground rent. In return it will get 30 percent of the properties to use as affordable housing to rent to local people, while the remaining properties can be sold by BoKlok based on its ‘left to live’ affordability model. The ‘left to live’ policy looks at how much residents can afford to pay after tax and monthly living costs have been deducted, and usually assumes that people can use about 33 percent of their take-home pay for a mortgage. (The Guardian)