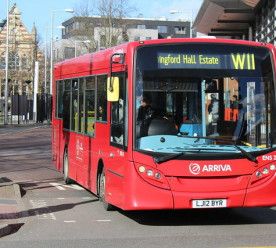 According to analysis by the Energy and Climate Intelligence Unit (ECIU), 16 percent of GDP is now covered by net-zero carbon emission ambitions, with fifteen nations, states and regional areas intending to reach the target by 2050. Many of the countries have made commitments in policy documents, with two countries – Norway and Sweden – setting the target into law. Other countries aim to also make legally binding declarations with only two – Bhutan and Suriname – already absorbing more greenhouse gases than they emit. The nations are joined by 11 states and regions, including California, Catalunya and Scotland, and at least 23 cities including Barcelona, Los Angeles and New York on the net-zero map. The news follows the UK House of Commons passing the net zero amendment to the 2008 Climate Change Act without any objections. The report was launched at the UN climate meeting in Bonn, Germany, alongside the ECIU’s net-zero tracker, which collates information on countries, regions, cities and states that have set net zero targets, and countries that are planning to do so. (Edie; Business Green)

European passenger transport company Arriva has signed a contract with TomTom Telematics to install their telematics systems on up to 15,000 buses across the UK and nine countries in Mainland Europe, which could reduce carbon emissions by 72,000 tonnes each year. According to the company, the deal will provide drivers with instant feedback on driver performance, such as braking, idling and accelerating. Data will then be used by Arriva to make decisions that reduce fuel use from its bus operations by up to 6 percent annually, cutting emissions by 72,000 tonnes as a result. Arriva claims this is the equivalent of reducing greenhouse gas emissions generated by 15,000 cars annually. Telematics will also be used on Arriva bus fleets located in Croatia, Czech Republic, Italy, Hungary, Poland, Slovakia, Spain and the Netherlands and are already in use in Denmark, Portugal, Serbia and Sweden. (Edie)

Japanese beverage giant Suntory Holdings has said it would work with rival Coca-Cola as well as Nestle to push the government in Vietnam, among the biggest contributors to plastic waste in the ocean, to create a large-scale recycling system. The alliance will also include the local operations of companies including Tetra Pak and NutiFood. The news comes amid growing global outrage over plastic pollution, with the European Union voting to outlaw some single-use plastic items such as straws. Japan plans to discuss the issue at the G20 summit it hosts this month. Suntory, the maker of Hibiki whisky as well as soft drinks, plans to switch out pure petroleum-based plastic bottles in all markets by 2030, using only recycled or plant-based materials. This would cost around 50 billion yen ($467 million), Suntory Chief Executive Takeshi Niinami told Reuters. This goal is particularly challenging in Suntory’s Southeast Asian markets, including Vietnam, where it has a joint venture with PepsiCo. Much of the region lacks sophisticated systems for collecting, sorting and treating used plastic. (Reuters)

Robots are on track to displace almost a tenth of the world’s manufacturing jobs with the brunt borne by lower-income areas in developed nations, research by Oxford Economics says. While automation should boost the economy as a whole, it is likely to create greater inequality as employment losses are concentrated in certain industries and countries. Manufacturing could lose 20 million positions by 2030, making the sector 8.5 percent smaller than would be the case without robots, according to the research firm’s report.  The report highlights that while displaced factory workers in the US over the past two decades were absorbed into three main employment categories – transport, construction and maintenance, and office and administration work – these categories are now most vulnerable to automation. However, the report highlighted that regions surrounding knowledge-intensive cities, such as Toulouse in France or Stuttgart in Germany, typically show much lower levels of vulnerability. (Bloomberg)

Members of Britain’s elite, who hold the top jobs in politics, the judiciary, media and business, are five times more likely to have been to private school than the general population, according to research by the Sutton Trust and the Social Mobility Commission. The study found that a small elite of privately educated people, many of whom went to Oxbridge, continue to dominate high-ranking jobs. In politics, they found that 39 percent of the cabinet (at the time the analysis was carried out) went to fee-paying schools, and 65 percent of senior judges, and 59 percent of civil service permanent secretaries come from a private school background. In the media, 43 percent of the 100 most influential news editors and broadcasters, and 44 percent of newspaper columnists went to fee-paying schools. Women continue to be underrepresented in top jobs, but those who are also are considerably more likely to have attended a private school than the population at large. While the study found there had been some increase in the diversity of educational backgrounds of those at the top since an equivalent exercise five years ago, change is happening slowly. (The Guardian)