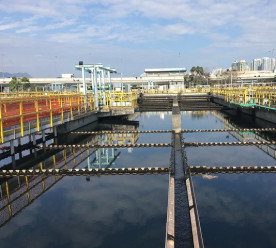 UK private utility company Southern Water faces prosecution by the Environment Agency after being handed a record penalty for “shocking” failures at its sewage treatment sites. The package imposed by the regulator Ofwat includes £123 million in compensation to customers over five years and a £3 million fine. The Environment Agency said it was pursuing its own criminal investigation into Southern Water, which began in 2016. Southern Water were found to have not been operating a number of sewage treatment facilities properly, including not making the necessary investments, leading to equipment failures and spills of wastewater. It also found the company manipulated its wastewater sampling process and misreported the performance of several sewage treatment sites. Southern Water said it was “deeply sorry” and that the costs of the penalty would not be passed on to customers through higher prices. Ofwat said the package of penalties is the biggest it has ever imposed. The regulator’s chief executive, Rachel Fletcher, said the case “shows the company was being run with scant regard for its responsibilities to society and the environment.” (The Guardian)

A landmark ruling by an Australian judge has found that publishers are legally responsible for pre-moderating comments on Facebook. The New South Wales supreme court judge found that commercial entities, including media companies, could be regarded as the publishers of comments made on Facebook, and as such had a responsibility to ensure defamatory remarks were not posted in the first place. The judgment has potentially profound impacts on the way news organisations in Australia interact with the social media giant and has prompted immediate backlash from the country’s largest media companies. News organisations in Australia were already liable for Facebook comments made on articles posted on their public pages, but until now the test related to whether a publisher had been negligent in not removing potentially defamatory comments. The ruling comes as News Corp Australia, Nine and the ABC prepare to ask the Australian government this week for an overhaul of media protection laws following Australian Federal Police raids against media companies which sparked press freedom concerns. (The Guardian)

French utility company EDF has adopted new MSCI climate change indices for its €28.1 billion nuclear plant decommissioning fund. The indices aim to increase exposure to companies providing solutions to address climate change, with twice the exposure to clean technology companies compared with the underlying benchmark. Bernard Descreux, director of the asset management division at EDF, said: “As a responsible asset manager, we firmly believe that enabling the transition to a low carbon economy is crucial to the development of a sustainable financial system.” According to an EDF Group spokesperson, the utility planned to switch some of its passive investments into indexed funds using the new MSCI indices as soon as these were launched, although they did not say how much of the fund’s €28 billion assets under management would be affected. In France, all nuclear operators have to set aside assets dedicated to financing the decommissioning of nuclear power plants and the long-term management of radioactive waste. (IPE)

British luxury fashion brand, Burberry, has set an approved science-based target to keep emissions in line with a 1.5C pathway – the most ambitious target of the Paris Agreement. The company will aim to reduce its scope 1 and 2 emissions by 95 percent against a 2016 baseline, alongside a targeted 30 percent absolute reduction in scope 3 emissions by 2030 against the same baseline. The new commitments expand on an existing goal to become a carbon-neutral operation by 2022. Burberry joins organic herbal tea producer Pukka Herbs, BT, Tesco and Carlsberg in setting a public 1.5C target. Burberry has already achieved carbon neutral status across the Americas region, EMEIA retail stores and its UK operations. The company is also a member of the Climate Group’s RE100 initiative to encourage corporates to transition to 100 percent renewables; Burberry currently obtains 58 percent of its energy and 68 percent of its electricity from clean energy sources. (Edie)

Despite promising a decade ago to phase out fossil fuel subsidies, the world’s leading economies more than doubled subsidies to coal-fired power plants over three years, putting climate goals at risk, energy researchers have said. Between 2014 and 2017, G20 governments more than halved direct support for coal mining, from $22 billion to about $10 billion on average each year, according to a report by the London-based think-tank, the Overseas Development Institute (ODI). Over the same period they boosted backing for coal-fired power plants – particularly supporting construction of the plants in other, often poorer nations – from $17 billion to $47 billion a year, the report noted. China and Japan – which will host a G20 summit later this week – were the biggest providers of public finance for coal-fired power, followed by South Korea and India. While spending from national budgets on coal fell, as did tax breaks for it, other forms of support – from development finance institutions, export-credit agencies and state-owned enterprises – soared, the report said. (Thomson Reuters Foundation)