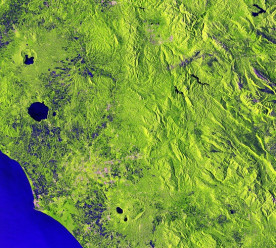 Unilever’s ‘Sustainable Living’ brands, those which integrate sustainability into products and values, grew 69 percent faster last year than the rest of the business, according to the consumer goods company’s latest update. Unilever’s Sustainable Living division now covers 28 of the company’s brands after Close Up, Wheel, Calve and Bango were added to the portfolio in 2018. Seven of the consumer goods giant’s largest brands – Dove, Knorr, Persil, Sure, Lipton, Hellman’s and Wall’s Ice Cream – notably fall within the Sustainable Living brands division. Responding to the latest figures posted by Unilever’s Sustainable Living brands division, chief executive Alan Jope said they are “clear and compelling evidence that brands with purpose grow”. “Purpose creates relevance for a brand, it drives talkability, builds penetration and reduces price elasticity,” Jope said. Unilever is currently working towards its sweeping set of Sustainable Living Plan goals. These bear a headline ambition of decoupling the business’s growth from its environmental impact – to the point that its overall environmental footprint is halved – while increasing the company’s positive social impact. (Edie)

Food retailers and producers can monitor deforestation risks throughout their supply chains in real time using satellite images accessed via a new website, developers said on Tuesday. Led by the Global Forest Watch (GFW) team at the Washington-based World Resources Institute (WRI), the GFW Pro platform enables commodity producers and buyers, investors and green groups to act faster to protect forests. More than 80 commodities companies and organisations are already using the website, including Cargill, Golden Agri-Resources, Louis Dreyfus Company, Mondelez, Olam, Procter & Gamble and Unilever. “It is globally applicable and works everywhere for any commodity,” Luiz Amaral, a WRI director who co-led the project, told the Thomson Reuters Foundation. “Now, if trees fall anywhere in the globe, everybody sees,” he added. “There are no more excuses not to monitor.” Commodities that can be tracked include cocoa, sugar, rubber, timber, palm oil, soybeans and beef, WRI said. Amaral said it would help corporate users – big and small – prioritise which suppliers to work with and set up programmes to tackle deforestation. (Thomson Reuters Foundation)

Swiss pension funds and other institutional investors are calling upon members of Switzerland’s parliament to back legislation making it mandatory for Swiss companies to carry out human rights due diligence. In a statement sent to lawmakers, the investors said the legislation would help Swiss companies avoid breaching human rights and environmental standards in their subsidiaries and supply chains. It would also help the investors fulfil their duties, they said. The letter stated: “The disclosure and mechanisms required by mandatory human rights due diligence would enable investors to assess the human rights and environmental oversight and mitigation systems implemented by Swiss companies, thereby allowing institutional investors to fulfil their fiduciary duty towards their beneficiaries.” The statement came from Ethos Foundation, a Swiss pension fund-backed responsible investment organisation, and more than 20 Swiss and foreign asset owners and asset managers. Swiss pension funds backing the statement in their own name included CPEG, CAP Prévoyance, Retraites Populaires, and Pensionskasse Stadt Zürich. According to Ethos, the statement had the support of investors with €352 billion assets under management. (IPE)

Manufacturers in the UK are increasingly saving money from sustainability measures, a new report shows. The survey, released by Make UK, indicates that 71 percent of companies say their last environmental improvement reduced costs. Overall, businesses are starting to look past the immediate cost saving drivers with an eye toward sustainability for the long term. Despite the challenge of Brexit, 50 percent of manufacturers are making headway with their sustainability programs, with energy efficiency being the most typical first step because cost efficiencies are easily quantifiable. Half of respondents said they were taking steps toward greater energy efficiency, while nearly a fifth are embarking on “cutting edge energy efficiency projects” such as demand-side response, the report states. Strategies put in place include onsite battery storage, installation of onsite renewable heat systems and onsite renewable power generation. According to the findings, the businesses which were most successful in driving sustainability improvements adopted a boardroom to shop-floor approach to promoting change, ensuring they took the whole of the workforce with them on the sustainability journey. (Environmental Leader)

The United States creates more planet-warming greenhouse gas emissions through its defence operations alone than industrialized countries such as Sweden and Portugal, researchers said on Wednesday. The Pentagon, which oversees the US military, released about 59 million metric tons of carbon dioxide and other greenhouse gases in 2017, according to the first study to compile such comprehensive data, published by Brown University. The Pentagon’s emissions were “in any one year…greater than many smaller countries’ greenhouse gas emissions”, the study said. If it were a country, its emissions would make it the world’s 55th largest contributor, said Neta Crawford, the study’s author and a political scientist at Boston University. Using and moving troops and weapons accounted for about 70 percent of its energy consumption, mostly due to the burning of jet and diesel fuel, Crawford said. (Guardian)