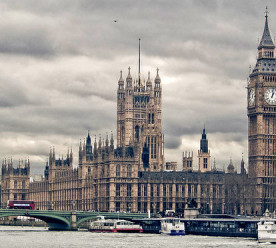 Prime Minister Theresa May has confirmed that UK Parliament will implement the recommendations of the Committee on Climate Change (CCC), creating a legally binding net-zero carbon target for 2050. Announced last night, the Prime Minister revealed that the statutory instrument to amend the Climate Change Act of 2008 to account for a net-zero target by 2050 will be laid in Parliament on Wednesday. This would enable the legislation to be fast-tracked through both house of Parliament if other parties agree. The move comes just over a month after the CCC published its recommendations to Government on legislating for a net-zero carbon economy. Britain is the first major nation to propose this target – and it has been widely praised by green groups. The government said it was “imperative” other countries followed suit, so there would be a review within five years to ensure other nations were taking similarly ambitious action and British industries were not facing unfair competition. (Edie; BBC)

Thirty leading business network and individual brands have called for negotiators to deliver a new International Labour Organisation (ILO) convention to end violence and harassment in the workplace that benefits business and employees globally. A statement, initiated by the NGO CARE, and supported by Business Fights Poverty, The B Team, BSR and individual brands Unilever, Marks & Spencer, Diageo and Avon has been endorsed ahead of the International Labour Conference to negotiate a new global standard to keep workers everywhere safe from violence and harassment. French companies L’Oreal, Kering, Sodexo, BBDO and BNP Paribas also highlighted their support for a new global convention to protect female workers and further their economic empowerment. The Ethical Trading Initiative has also encouraged members to support the convention with a letter to the UK Government signed by 18 brands. Companies are increasingly recognising that there is a strong business case for addressing violence against women as gender-based violence continues to affect companies through productivity loss, high turnover, reputation risks and challenges in attracting and retaining a female workforce. (Business Fights Poverty)

An area twice the size of the UK has been destroyed for products such as palm oil and soy since 2010, according to analysis by the environmental group, Greenpeace. Analysis suggests that by the start of 2020, an estimated 50 million hectares of forest are likely to have been destroyed in the growing demand for and consumption of agricultural products. This is despite members of the Consumer Goods Forum in 2010 pledging to eliminate deforestation by 2020. The ‘Countdown to Extinction’ report argues that since 2010, the area planted with soya in Brazil has increased by 45 percent and palm oil production in Indonesia has risen by 75 percent. Greenpeace accused major brands of failing to meet their commitments and warned that action is necessary to “prevent climate and ecological breakdown”. About 80 percent of global deforestation is caused by agricultural production, which is also the leading cause of habitat destruction, the group said. (Business Green)

Deutsche Bank has warned almost 1,000 corporate clients that they will lose access to basic banking services within weeks because it has not received documents needed to verify their identity. The Frankfurt-based lender has sent hundreds of the termination letters to blue-chip companies in a bid to meet tougher anti-money laundering rules introduced by regulators around the world in recent years. As many as three hedge funds operated by Blackstone were briefly in line to receive the letters, people familiar with the situation said, surprising executives at the world’s biggest alternative asset manager who had just signed one of the biggest real estate financings on record with a different part of the bank. The hundreds of other affected clients have been told they have only a few weeks to overturn the termination notices by providing additional documentation. Contracts that have been signed will not be affected by the cut-off, according to the letters. (Financial Times)*

ESG groups try to thin a thicket of sustainability metrics

Two of the leading initiatives trying to make corporate America pay more attention to sustainability and social issues are joining forces, in the hope of thinning a thicket of new ESG metrics. Just Capital  says it will start using metrics developed by the Coalition for Inclusive Capitalism in its rankings of US companies. The partnership will focus initially on improving disclosure of workforce issues such as employee turnover rates, diversity policies and gender pay equity.

The model Just Capital is adopting emerged from the Embankment Project on Inclusive Capitalism (Epic), a partnership between the auditor EY and the non-profit Coalition. Participants such as fund managers BlackRock and Vanguard, large pension funds, and companies including Johnson & Johnson and PepsiCo have begun taking action on its recommended metrics. “For us, it’s about value, not values,” said Cyrus Taraporevala, chief executive of State Street Global Advisors, a Coalition member. (Financial Times)*