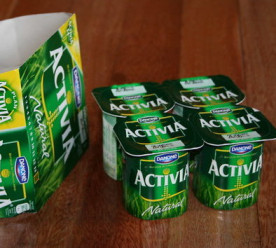 Danone, Veolia, Nestlé and Tetra Pak have jointly launched a global initiative aimed at standardising and accelerating corporate action on plastics. The ‘3R Initiative’ will support consumer goods firms, retailers and packaging producers by giving companies access to a digital tool which allows them to trade plastics credits issued by recycling and recovery providers worldwide. These credits can then be used to prove compliance and to “offset” corporate plastic use, with the money raised through this system set to fund projects tackling plastic leakage “hotspots” and social inequalities in developing nations. The ‘3R Crediting Mechanism’ is undertaking 12 initial pilots of potential credit-issuing projects across Asia, Africa and Latin America, including a scheme helping Brazil’s waste pickers to generate additional income. The 3R Initiative will also give participants access to a new standard against which their efforts to tackle plastic waste can be independently assessed. Called the ‘3R Corporate Standard’, the aim of the framework is to help businesses “credibly” quantify and compare the impact of their actions through third-party assessment. (Edie)

Nearly 200 CEOs from cosmetic, technology and media industries have signed a letter opposing laws that restrict access to abortion, saying they are “bad for business.” The letter appeared yesterday as a full-page ad in the New York Times with the title “Don’t Ban Equality.” Among the companies represented in the letter were Yelp, H&M, M∙A∙C Cosmetics, Ben & Jerry’s, and Bloomberg L.P.  Together the executives represent more than 108,000 workers. The letter argues: “restricting access to comprehensive reproductive care, including abortion, threatens the health, independence and goes against our values and is bad for business.” The letter was spearheaded by abortion-rights advocates Planned Parenthood Federation of America, NARAL Pro-Choice America, the American Civil Liberties Union and the Center for Reproductive Rights. The groups say they are welcoming more CEOs and business leaders to sign the letter online. The support from executives comes after Netflix, Disney and WarnerMedia stated they would stop filming in Georgia if the law goes into effect in 2020. (USA Today)

British online supermarket Ocado is investing £17 million into the emerging “vertical farming” industry, further diversifying the group’s business. Vertical farming involves producing food indoors, with crops grown on a series of stacked levels in a controlled environment. Ocado has formed a joint venture called ‘Infinite Acres’ with vertical farming participants 80 Acres Farms and Priva Holding. Ocado is contributing its software and hardware systems, including robotics, automation and AI to the initiative. Ocado said it has also acquired a 58 percent stake in Jones Food Company (JFC), Europe’s largest operating vertical farm. Produce from the indoor farms, which help save energy and conserve water, are expected to be delivered to M&S customers, when Ocado begins its distribution deal with M&S in 2020. Vertical farming has the potential to reduce the environmental impacts of farming, offering a system that decreases loss of nutrients to the environment and crops from pests and disease, reduces land requirement, and improves control of waste. (Reuters; BBC)

Carbon dioxide emissions from healthcare in the world’s largest economies account for around 4 percent of global carbon footprints, according to a new study led by scientists at the Potsdam Institute for Climate Impact Research. The research found that the combined emissions from hospitals, health services and the medical supply chain across the OECD group of market-based economies, as well as China and India, make up around 4 percent of the global total. This is a larger share than either aviation or shipping. The paper presents the first comparable estimates of healthcare-related CO2 emissions for OECD countries. Healthcare itself is highlighted as a “significant cause” of the emissions driving these changes, but improvements have the potential to cut emissions and also improve public health. As the sector grows with ageing populations and medical advances, the authors say it is reasonable to expect emissions to grow as well. This news follows a study published earlier this month that found the pharmaceutical industry emits more greenhouse gases than the global car industry. (Eco Business)

The Scottish government has approved ScottishPower‘s plans to install a massive 50MW battery on the Whitelee wind farm, the UK’s largest wind farm. The installation will occupy a space half the size of a football pitch and will be able to reach a full charge from the wind farm’s 215 turbines in less than an hour. It is set to be the largest wind farm battery in the UK when it becomes operational next year and will mark a vital step towards making renewables a reliable source of power for the UK grid, ScottishPower said. The ‘super battery’ will allow the wind farm to store excess power at times when demand is low or wind turbine output is high – for instance at night – which can then be released at times of higher demand and low wind. It will also be used to provide “bursts” of power to help stabilise the UK grid on a second-by-second basis, ScottishPower said. (Business Green)