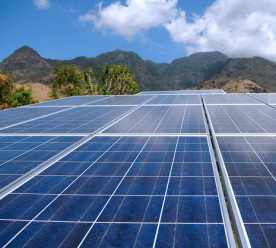 French bank Crédit Agricole has pledged to align its activities with the Paris Agreement in a new strategic growth published yesterday. The world’s largest cooperative financial institution, which consists of almost 40 local and regional banks as well as the central Crédit Agricole institute, said it would commit all its entities to a common Paris Agreement-compliant climate strategy to be published in 2020. Crédit Agricole, which manages approximately €1.8 trillion assets, will also fully phase out coal from its financing and investment portfolio by 2030 in EU and OECD countries, and will do the same by 2040 in China and by 2050 globally. The bank also aims to finance a third of renewable energy projects in France, double the size of its green loans portfolio to €13 billion by 2022, and “promote clean and responsible investment policies” by incorporating ESG criteria in all funds managed by is asset management arm Amundi. The strategy will be certified by an independent body and based around the recommendations of the Task Force on Climate-related Financial Disclosures (TCFD). (Business Green)

Australia’s workplace regulator has issued a landmark ruling that Uber drivers are not employees and therefore have no right to a minimum wage or holiday pay, a decision that could inform similar investigations by regulators across the world. The two-year investigation by the Fair Work Ombudsman concluded drivers are not subject to any formal or operational obligation by the ride-hailing company to perform work — a key consideration required under Australian law to determine whether an employment relationship exists. The ruling removes the risk of the ombudsman taking action against Uber. The ruling marks a major victory for Uber, which is facing similar probes in multiple jurisdictions. In December, a UK court upheld a ruling by an employment tribunal that determined Uber drivers were workers and should have received minimum pay and other worker entitlements. Uber’s business model relies on maintaining that drivers are not employees — meaning it is not subject to rules on pay and benefits — as a means of reducing costs. But that has brought fierce criticism and prompted legal claims and investigations by regulators, as drivers have looked to secure better terms. (Financial Times)*

Efforts to disclose climate-related data aligned to the recommendations of the Task Force on Climate-related Financial Disclosures (TCFD) have increased by more than 50 percent, but concerns remain that companies aren’t providing enough information to inform the investor community. The TCFD published its 2019 Status Report to the Financial Stability Board (FSB) on Wednesday (5 June), providing an overview of disclosure practices aligned with the TCFD’s recommendations. The new report notes that almost 800 organisations have expressed support for the recommendations, an increase of 50 percent on the  2018 Status Report. Supporters include the world’s largest banks, asset managers and pension funds, responsible for assets of $118 trillion. However, despite the increase in support for the recommendations, the report expresses concerns that “not enough companies are disclosing decision-useful climate-related financial information”. Furthermore, the report highlights that of those companies using scenarios, the majority do not disclose information on the resilience of their strategies. Investors need this information to be more capable of making sound decisions. (Edie)

The average person eats at least 50,000 particles of microplastic a year and breathes in a similar quantity, according to the first study estimating human ingestion of plastic pollution. The research, published in the journal Environmental Science and Technology, took data from 26 previous studies that measure the amounts of microplastic particles in fish, shellfish, sugar, salt, beer and water, as well as in the air in cities. The true number of ingested plastic particles is likely to be many times higher, as only a small number of foods and drinks have been analysed for plastic contamination.  Some of the best available data is on water, with bottled water containing 22 times more microplastic than tap water on average. A person who only drank bottled water would consume 130,000 particles per year from that source alone, the researchers said, compared with 4,000 from tap water. The health impacts of ingesting microplastic are unknown, but some pieces are small enough to penetrate human tissues, where they could trigger immune reactions. (The Guardian)

Beverage giant, Anheuser-Busch, has announced it is on track to meet its 100 percent renewable energy by 2021 goal four years ahead of schedule, following a purchase agreement for a 222MW solar project in Texas. The deal is enough to cover 50 per cent of the electricity consumption of the company’s US operations. In honour of the achievement, Anheuser-Busch president and CEO Michel Doukeris signed a giant, symbolic contract with the sun for five billion years — the projected amount of time until the sun burns out — at Budweiser brewery in Fairfield, California. The contract was burned into a giant piece of wood using a technique that uses the actual power of the sun. Anheuser-Busch – parent company of Budweiser, Michelob, Stella Artois and Corona, among others – announced a 100 percent renewables commitment in 2017. Last year, the brewer debuted its 2025 sustainability goals for the United States, which included a 100 percent renewable energy target and a 25 percent reduction of carbon dioxide emissions across its operations. (Business Green)

Image Source: Jeda Villa Bali Solar by Selamat Made on Flickr. CC BY 2.0