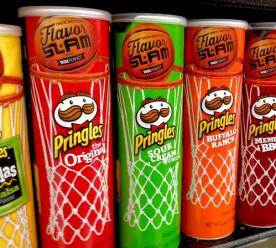 The new CEO of consumer goods giant Unilever, Alan Jope, has written to trade associations and business groups asking for clarity on whether they believe a transition to net-zero emissions by 2050 is essential. The open letter to business groups and trade associations that Unilever is a member of seeks to determine whether views on climate action are consistent with Jope’s belief that corporates should “advocate for policies that advance the goal of the Paris Agreement”, , which, for the 1.5⁰C target, would require net-zero emissions by 2050. Unilever has championed the low-carbon transition, notably through its ‘Sustainable Living Plan’. The letter states that “the climate crisis has now reached a point where there can be no room for misinterpretation on the scale of the challenge, or indeed on the importance of regulatory measures to support businesses in driving the transition to a net zero emissions economy.” The Dutch-Anglo firm has consistently proved the business case of sustainability through this strategy, with the firm’s ‘Sustainable Living’ brands accounting for a record 70 percent of turnover growth last year and growing 46 percent faster than the rest of the business. (Edie)

UK Chancellor of the Exchequer has warned the Prime Minister that reducing greenhouse gas emissions to net zero by 2050 will cost the UK over £1 trillion. In a letter to Theresa May, Philip Hammond said the cost would mean less money for schools, police, hospitals and other areas of public spending. He also warned that the target would render some industries “economically uncompetitive” without huge government subsidies, unless competitor countries adopted the same climate policy. May, whose tenure as Prime Minister will end next month, is hoping the carbon emissions legislation will be one of her most important legacies after she leaves office. The 2050 net zero target — one of the most ambitious in the world — was recommended by the Committee on Climate Change (CCC), the UK’s independent climate advisory body, last month. The CCC has estimated that reaching net zero will cost £50 billion a year, but the Department for Business, Energy and Industrial Strategy puts the figure at £70 billion, according to the Chancellor’s letter. (Financial Times)*

Junk food adverts for brands including Pringles, Marks & Spencer and Asda have been found appearing alongside videos on YouTube channels directed at children in an investigation by the ad watchdog, the Advertising Standards Authority (ASA). The ASA conducted a “compliance sweep” using new avatar technology that simulates the online profiles of children in order to identify which adverts are targeted at them on the internet. The study found that 2.3 percent of adverts served to child avatars were for products high in fat, sugar or salt (HFSS). By law, companies are not allowed to target adverts for HFSS products at children under the age of 16. Eight brands – Asda, Kellogg’s, KFC, KP Snacks, Lidl, M&S and Pringles – were found to be showing inappropriate adverts to children, with 490 adverts for HFSS products served on 55 of the 87 channels monitored. YouTube has been contacted to avoid breaches of the rules in the future, while the Committee of Advertising Practice will be reviewing its guidance and rolling out advice and training workshops for the industry. (Marketing Week)

Olay has become the first major global skincare brand to test refillable packaging in an attempt to reduce plastic waste. The brand, owned by the consumer goods company Procter & Gamble (P&G), will sell each jar of its ‘Regenerist Whip’ moisturiser with a recyclable refill pod that can be placed inside the container. They will be sold and shipped in a container made of recycled paper rather than cardboard, and without cellophane wrapping. According to Anitra Marsh, P&G’s associate director of brand communications, the trial is “important for us to get it right because only then can we bring this concept to market at scale.” The three-month trial will start in the US and the UK in October. Product refills in the beauty sector have so far been driven by luxury and niche brands, including Rituals for body cream and L’Occitane for body cleanser. On the high street, Lush is expanding its range of solid shampoos and skincare, including facial oils, cleansing balms and an eye mask, without excessive plastic packaging. (The Guardian)

London’s business hub Canary Wharf has become the world’s first commercial centre to be awarded ‘Plastic Free Community’ status by marine charity Surfers Against Sewage. This comes one year after the area’s managing body, Canary Wharf Group (CWG), launched its flagship plastic reduction scheme. Under its 2018 commitment to become a plastic-free estate, companies using CWG’s 37 office buildings and 300 shops, cafés, bars and restaurants were each asked to remove at least three single-use plastics products. Where possible, businesses were encouraged to eliminate all uses of single-use plastics. Surfers Against Sewage claims that CWG has removed more than two million single-use plastic items over the past 12 months by taking these actions. A total of 15 water refill stations have also been installed since June 2018 in a bid to encourage visitors to use refillable vessels rather than buying single-use drinks bottles. CWG’s head of sustainability, Martin Gettings, said that following the achievement of their 2018 goal, continuing plastic reduction has “now become business as usual” for the Group. (Edie)