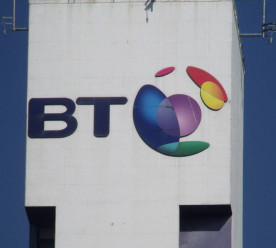 More than 200 of the world’s largest listed companies forecast that climate change could cost them a combined total of almost $1 trillion, largely over the next five years, according to environmental charity CDP. The findings also suggest that many companies still underestimate climate change risks. CDP, which runs annual environmental questionnaires of the world’s largest companies, analysed 2018 survey responses for financial risk questions from 215 of the largest companies, ranging from Apple and Microsoft to Unilever, UBS, Nestle, China Mobile, Infosys, Sony and BHP. The companies anticipated a total of $970 billion in extra costs due to factors including hotter temperatures, chaotic weather, and pricing of greenhouse gas emissions. However, 225 large companies making survey responses to CDP in 2018 saw potential opportunities worth $2.1 trillion, spanning faster-than-expected demand for electric vehicles to investments in renewables. The gap between costs and opportunities means that investors should expect “a significant shift in climate-friendly products and services from the world’s largest companies,” according to CDP. (Reuters; CNN)

Telecommunications giant BT generated almost one-quarter of its total annual 2018 revenue through products and services which contribute to carbon savings at a consumer level, the business has revealed. BT’s latest Digital Impact and Sustainability report shows that the revenue the company generated through carbon-combative products last year was £5.5 billion, up from £5.3 billion in 2017. BT products and services helped customers cut carbon emissions by 11.7 million tonnes during 2018, largely through energy efficiency improvements and a greater dependence on renewable energy. The report is the first to be published by BT since the firm set a net-zero carbon target for its own operations last autumn in the wake of the Intergovernmental Panel on Climate Change’s (IPCC) landmark report on global warming. With an end date of 2045, the ambition builds on BT’s science-based target for 2030, which is aligned with the Paris Agreement’s 1.5⁰C trajectory and requires BT to reduce emissions by 87 percent by 2030 against a 2016/17 baseline. (Edie)*

One of Europe’s largest pension funds, AP2, has blacklisted around 60 tobacco companies and all firms involved with the modernisation and maintenance of nuclear weapon systems. The SEK334.8 billion (€31.5 billion) fund – the second of Sweden’s four main state pension buffer funds – announced the changes to its portfolio as part of a decision to re-evaluate its approach to the “underlying purpose” of international conventions. AP2 said its divestment from tobacco companies was in line with the World Health Organisation’s ‘Framework Convention on Tobacco Control’, which targets a sharp reduction in tobacco consumption and the harmful effects of tobacco smoke. AP2 said it had previously excluded nuclear weapons companies operating in countries that are not allowed to have them, according to the Non-Proliferation Treaty. According to the new legislation, the buffer funds must manage their assets “in an exemplary way” through responsible investments and responsible ownership. (IPE)

JLR and BMW to collaborate on electric vehicle innovation

Carmakers Jaguar Land Rover and BMW will work together to develop electric-vehicle technology, the latest collaboration as rival carmakers across the world seek to spread their investment costs. The two companies will jointly work on electric drive units and pool some research and development resources and purchasing. Few specifics have been released about which current technologies will be shared but the companies plan to manufacture the jointly developed parts in their respective plants. Carmakers are being forced to invest in electric cars to meet tightening CO2 rules in Europe and electric sales mandates in China, piling additional pressure on motor groups at a time of falling sales and waning profits in their major markets. Carmakers of all sizes are pooling resources or seeking scale to try and increase their chances of survival as the sector tilts towards electric vehicles. Fiat Chrysler is seeking to merge with Renault to lower its development costs, while Volkswagen and Hyundai are both seeking buyers for their respective battery electric and hydrogen fuel cell technologies. (Financial Times)*

Hotel giant Accor partners with app to save 13,000 meals from going to waste

A partnership with food app Too Good To Go has helped hotel chain Accor UK save more than 13,000 meals from going to waste. The app fights food waste by enabling users to buy leftover meals from participating eateries at reduced prices shortly before they are thrown away. The app lists participating outlets with GPS-locations so people can find the closest available food first. Accor UK began working with the app 18 months ago and now has 69 UK hotels registered with the database, including high profile brands such as ibis, Mercure, and Novotel. Statistics from the app released this week show that 5,761 unique customers in the UK have used it to buy food from Accor hotels. According to Accor, the total amount of food saved by the purchases equates to 32.5 tonnes of CO2 emissions, the same as four years electricity use for one household. European Accor properties have also worked with the food waste platform since September 2016, saving 170,000 meals from going to waste across 500 hotels. (Business Green)