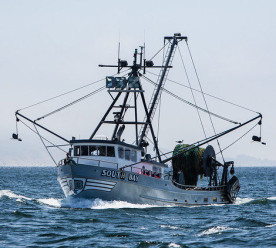 London Stock Exchange Group (LSEG) has acquired Beyond Ratings, a Paris-based provider of environmental, social and governance (ESG) analytics for fixed income. LSEG said Beyond Ratings would sit within its information services division, which includes benchmark provider FTSE Russell. Waqas Samad, group director of information services at LSEG, said the acquisition “will accelerate LSEG’s ability to deliver research-driven multi-asset solutions in sustainable finance investing to our global client base.” The acquisition is the latest in a series of transactions involving ESG service providers. Earlier this year Moody’s Investors Services took a majority stake in Vigeo Eiris, another French provider of ESG research, data and assessments. Last week Solactive, a German index provider, announced a strategic investment in Minerva Analytics, a UK shareholder voting research and data firm. Beyond Ratings was part of this consolidation trend before the acquisition by LSEG: last year it merged with compatriot Grizzly RI, an ESG and climate change scenario analysis provider. (IPE)

Finland to be carbon neutral by 2035

Finland will go carbon neutral by 2035, under a coalition deal published on Monday, setting one of the world’s earliest timelines for reaching that mark. After more than a month of negotiations, five parties agreed on the goal championed by incoming Social Democrat prime minister Antti Rinne. Rinne told reporters it was time to “invest in the future”, presenting the climate strategy as part of a package with increased welfare spending. Unlike Norway, which has an even earlier 2030 carbon neutral target, Finland does not intend to rely on buying credits for carbon cutting projects in other countries – although that is subject to review in 2025. The target is a compromise between Finland’s left and previously dominant centre parties. The former wanted to reach net-zero emissions sooner, arguing Finland had a responsibility to lead as a rich country, while the latter raised concerns about the impact on energy and forestry interests. Environmentalists welcomed the programme, which includes energy tax reforms, investment in railways and nature conservation, and sustainability rules for generating energy from burning wood. (Climate Home News)

Fashion brands Levi’s, H&M and Gap Inc. have backed a court ruling that restricts the use of short-term contracts for garment workers in Cambodia, where critics say they are widely used to control staff and silence dissent. The three brands said they stood by an arbitration council’s ruling that a factory supplying them must give permanent contracts to 408 workers it employed on a short-term basis. The factory’s owner, Taiwan based Roo Hsing Garment Co., indicated it would challenge the ruling. Workers on short-term contracts are less likely to be involved in unions, to report abuses, or to challenge bosses racing to meet rising production targets, for fear of losing their job. The ruling is significant because it could force hundreds of others to follow suit, ending what labour rights campaigners have condemned as the historic abuse of short-term contracts in Cambodia’s $7 billion garment industry. (Thomson Reuters Foundation)

About 80 percent of the world’s biggest canned tuna brands do not know who caught their fish, putting workers in the industry at risk of exploitation and slavery, according to a report by human rights group Business and Human Rights Resource Centre (BHRRC). Of 35 tuna companies and supermarkets surveyed by the BHRRC, only 20 percent detailed their supply chains in the Pacific region, which provides 60 percent of the world’s tuna, according to the World Bank. The report said only seven companies, including Bumble Bee Foods, Aldi Nord and Thai Union, the world’s largest canned tuna company, disclosed their entire supply chains. As demand for tuna grows – an industry worth about $42 billion – so does the risk of human rights abuses including labour exploitation, slavery and trafficking. BHRRC said most companies had failed to enforce their modern slavery policies throughout their supply chains, such as ensuring all subcontractors complied with their policies, or providing a complaints system to all workers down the chain. (Eco Business)

UK supermarket chain Waitrose & Partners is starting a trial aimed at reducing packaging by removing plastic from flowers, plants, fruit and vegetables. The initiative, called ‘Unpacked’, has removed packaging from 160 fruit and vegetable lines, opting for ‘loose’ items and recyclable paper alternatives. Waitrose will also encourage customers at the Oxford store to use their own containers to buy and refill produce such as pasta, rice and cereals. Produce in Waitrose’s unpacked refill stations will be up to 15 percent cheaper and consumers will be encouraged to use their own containers apart from for beer and wine and Ecover products. In what it describes as a first in the UK, customers will be able to “borrow a box’ to take their produce home for £5 deposit which is refundable when the box is returned. Waitrose & Partners have not yet confirmed whether it has plans to extend or expand the offering. (BBC; Edie)