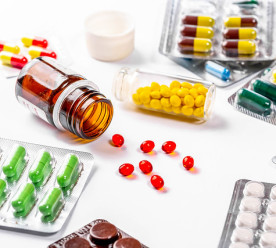 All Britons putting money into savings products and pensions are to be given the chance by a new independent institute to choose investments that can do good and get financial returns. The Impact Investing Institute will look for more ways to combine financial returns with a social purpose. Britain’s Culture Secretary, Jeremy White, said the government wanted to make it as simple as possible for “ordinary savers” to put money into issues they care about. This includes social and environmental challenges, such as housing the homeless and funding renewable energy companies. The initiative is being led by Elizabeth Corley, former chief executive of fund manager Allianz Global Investors, and Harvey McGrath, chairman of social investment firm Big Society Capital. The Impact Investing Institute is backed by finance companies and charities as well as Britain’s Department for Digital, Culture, Media and Sport, Department for International Development and the City of London Corporation. (Thomson Reuters Foundation)

Experts urge Theresa May to confront Trump over climate crisis

Hundreds of climate crisis experts have urged the UK Prime Minister to confront President Donald Trump over his approach to climate change during his State Visit to the UK this week. A letter, signed by 250 academics from universities and research bodies across the UK, states the US President’s “refusal” to tackle climate change is “increasing risks for lives and livelihoods” around the world. Since entering office, Trump has removed large amounts of climate change information from the websites of the White House, Government Departments and federal agencies, and announced his intention to withdraw the US from the Paris Agreement. The US is currently the second largest emitter of greenhouse gases. The letter urges the Prime Minister to tell Trump to accept the scientific evidence of the threat of the man-made climate crisis; support policies in the US to reduce greenhouse gases to zero by 2050; and collaborate with international efforts to combat the climate crisis. While the UK’s progress on climate change and its contribution to key research is applauded, the letter argues that the visit of Trump is incompatible with the credibility of global leadership of the UK on climate change.  (The Guardian)

Researchers have found that the pharmaceutical industry emits more greenhouse gases than the global car industry. The study by Eco-Business researchers, is the first to assess the carbon footprint of the pharma sector, revealing it to be a significant contributor to climate change. Emissions intensity of the pharmaceutical sector were found to be 55 percent greater than the automotive sector. Emissions intensity varied greatly between companies in the study – Procter & Gamble’s CO2 emissions were five times greater than Johnson & Johnson, even though the two companies generated the same level of revenues and sell similar lines of products. The research also found that the three leading emissions-reducing pharma companies, Roche, Johnson & Johnson and Amgen, were the ones with the highest level of profitability and revenue growth in the sector. More than 200 companies represent the global pharmaceutical market, yet only 25 have consistently reported their direct and indirect greenhouse gas emissions in the past five years. (Eco-Business)

The world’s top clothing brands are failing to fulfil their own promises to pay workers a fair living wage that covers basic family needs, according to a report led by the University of Sheffield. According to researchers, most major garment companies lack plans for calculating or achieving a living wage in their global supply chains, despite signing up to initiatives that push for better pay. Only three of 20 big clothes companies studied by Sheffield University—H&M, and Dutch giants C&A and G-Star RAW—have committed to living wages. However, there is little evidence that corporate commitments to living wages translate to meaningful change on the ground. Questioned about the findings, companies including Amazon and Decathlon said their suppliers respected local laws on pay and benefits but did not mention a living wage. German sportswear group Puma said wages should be negotiated locally—and involve workers, management and government—not mandated by global companies or international organisations. (Thomson Reuters Foundation)

No country is set to achieve gender equality by 2030

No country is on track to achieve gender equality by 2030, according to a new index measuring progress against Goal 5 of Sustainable Development Goals (SDGs). The SDG Gender Index, developed by the Equal Measures 2030 partnership, found that 2.8 billion women and girls currently live in countries that are not doing enough to improve women’s lives. Even the Nordic states, which score highly in the index, would need to take huge strides to fulfil gender commitments in the 17 sustainable development goals (SDGs) by 2030. The index measured progress in 129 countries on SDG targets that specifically reference gender equality or have a disproportionate effect on women and girls. Women’s underrepresentation in governments, the gender pay gap and gender-based violence were among the areas all countries are struggling to tackle. the best performing country was, Denmark, achieving an index score of 89.3. Only twenty countries scored over 80. (The Guardian)

Image Source: Lots of colorful and different shapes of pills and capsules on white background by wuestenigel on Flickr. CC BY 2.0