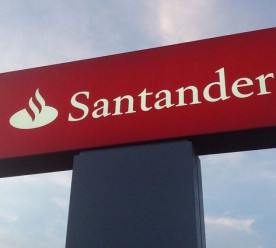 More than 120 UK businesses have sent a letter to Theresa May urging the prime minister to legislate for a net zero emissions target in 2050, a bold climate goal that could become one of her most important legacies if passed before she leaves office. The letter from leaders of businesses including telecoms company BT, consumer group Unilever and the CBI employers’ lobby, asks May to push through “immediately” a legally binding requirement for the UK to reduce greenhouse gas emissions to net zero by 2050. The UK’s current target is an 80 percent reduction in emissions from 1990 levels. The letter, which is also signed by retailer John Lewis, insurer Aviva, and utility Anglian Water, reads “by being the first major economy to legislate an ambitious, domestically achieved net-zero target…the UK can show leadership on a global level while strengthening the UK economy.” Putting the target into law would require the PM to introduce a “statutory instrument”, a form of secondary legislation, to amend the existing 2008 Climate Change Act. That would then require a simple majority vote in both houses of parliament. (Financial Times)*

The U.S. government has approved the formation of a new Silicon Valley stock exchange following regulatory criticism late last year. Backed by technology leaders, such as venture capitalist Marc Andreessen, the Long-Term Stock Exchange (LTSE) was born out of concern from the public market’s focus on near-term profit. Its mission is to create a “market that reduces short-term pressures and encourages a steady cycle of innovation and investment in long-term value creation that would benefit companies and their investors alike,” according to its website. The LTSE said in a release that it anticipates being ready to accept listings and start trading later this year after completing administrative and technical steps. Prior filings indicated that a key aspect of the exchange could include scaled voting power the longer an investor holds a stake in a company. Firms listed on the exchange may also be required to abide by certain rules, including a ban on tying executive pay to the company’s short-term financial performance. (CNBC)

British bank, Santander UK, has provided £30 million to build the UK’s first university focused on digital skills – MK:U. Based in Milton Keynes, the university will aim to strengthen Milton Keynes’ position as Europe’s leading Smart City. MK:U is being developed by Cranfield University and is expected to serve at least 5,000 students with an opening date of 2023. Santander’s contribution is one of the biggest corporate donations to British higher education in recent years. Alongside £10 million in capital financing, Santander will contribute £20 million in running costs for the university. MK:U will have a strong focus on digital technologies, and will offer two-year degrees, higher apprenticeship-level qualifications, and work placements designed alongside employers. The curriculum will include content which is delivered and designed by industry partners – in fields like artificial intelligence, machine learning and robotics. Santander UK CEO, Nathan Bostock said, “MK:U will cement Milton Keynes’ growing reputation as a key national and international hub for technology and innovation”, as well as helping to develop new talent for the sector. (Business Cloud)

While entertainment platform Netflix became the first major Hollywood studio to publicly take a stance on Georgia’s new abortion law,  Netflix co-founder and CEO, Reed Hastings, contributed to the campaigns of Republican state lawmakers whoapproved similarly restrictive abortion legislation in Missouri. Netflix had declared that it would reconsider filming its movies and television series in the state if the anti-abortion law goes into effect. However, Hastings donated a total of $124,300 to the campaigns of 61 Republican state representatives and senators who voted for the Missouri anti-abortion bill. In addition, Hastings donated to the campaign of Governor Mike Parson, who signed the bill into law last week. Meanwhile, campaigners have urged Disney and Netflix to boycott production in Northern Ireland, which has even stricter laws on abortion. Campaigners of the Northern Irish group Alliance for Choice urged for “consistency” in the media giants’ actions. Disney and Netflix have not responded to the boycott calls. (Huffington Post; The Guardian)

Silicon Valley tech giant, Salesforce, is barring firearms retailers from using its technology to market products, manage customer service operations and fulfil orders. Salesforce’s new acceptable-use policy bars customers that sell a range of firearms — including automatic and semiautomatic — from using its e-commerce technology. The policy also precludes customers from selling some firearm parts. This spells big change for the company whose clients include gun retailers, such as Camping World that spends more than $1 million a year on Salesforce’s e-commerce software. The change in Salesforce’s policy shows how a technology giant is trying to influence what retailers in America sell and alter the dynamics of a charged social issue. Its decision to take a stand on gun retailers was criticised by industry advocates. Mark Olivia, public affairs director of the National Shooting Sports Foundation, argued the rules are “corporate-policy virtue signalling” and discriminate against gun owners, whose rights are protected by the Second Amendment. (Washington Post)*