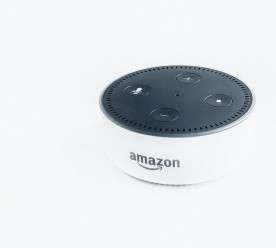 Multinational tech giant, Amazon, said yesterday that its shareholders had voted down proposals that would have pushed the company to reconsider its societal impact from climate change. The proposals asked Amazon to develop a more comprehensive approach to reducing its carbon footprint. Activist investors typically bring forth shareholder proposals, but the climate change initiative was pushed by Amazon employees. More than 7,500 workers signed a letter supporting the climate change proposal, disclosing their names publicly. The initiative would have pushed the company to develop a public report describing how Amazon plans for climate-related disruptions such as extreme weather and how the company will reduce its dependence on fossil fuels. The proposal was voted down by shareholders who stated the company is already doing enough to mitigate its climate impact. Shareholders also voted down two proposals to limit the company’s sale of its facial recognition tool, Amazon Rekognition. No shareholder resolution at Amazon has ever passed, according to the financial data firm FactSet. (New York Times)*

In a letter published today, 11 top scientists have called on CEOs and chairs of the top 100 wealthiest UK foundations and high net worth families to channel more of their resources into environmental protection. The letter calls for recipients to “look at, reflect upon and then act with all possible resources to respond to the extraordinary ecological collapse that is happening now.” Currently less than three percent – £105 million – of total donations from UK foundations goes towards environmental causes, with a high proportion of that funding focusing on specific conservation projects rather than wider efforts to tackle climate change. Today’s letter, signed by a number of leading scientists including Professor Chris Rapley CBE, professor of climate science at University College London, and Professor Joanna Haigh, of the Grantham Institute for Climate Change and Environment, is a rare direct plea from the scientific community to philanthropic funders. Angela Terry, who orchestrated the letter in her role as CEO and Founder of the Climate Alliance, said foundations and individuals “have the power to change the course of history”. (Business Green)

Four pharmaceutical firms have been accused of illegally colluding to restrict the supply of an anti-nausea tablet, driving the price paid for it by the UK’s National Health Service (NHS) up by 700%. The Competition and Markets Authority (CMA) said the cost of Prochlorperazine, a drug often prescribed to cancer patients undergoing chemotherapy, rose from £6.49 per pack to £51.68. It claimed that sharp increase was the result of four companies – Alliance, Focus, Lexon and Medreich – agreeing not to compete against each other for the supply of the prescription-only pills. Alliance supplied Prochlorperazine exclusively to Focus, which the CMA says then paid Lexon a share of its profits from the sales. Lexon, the competition regulator alleges, then shared these payments with Medreich. In a statement, Alliance said it had “no involvement in the pricing or distribution of Prochlorperazine since 2013” and “has not had control of or influence on, and nor has it benefited from, any price increases.” (BBC)

Italian luxury fashion house Prada has announced it will stop using animal fur in its products from next year. The designer brand which in the past has sold mink, fox and rabbit pieces is making the change to meet the demand for ethical products from shoppers. Fur will no longer be used in future designs and products from February 2020 after its spring-summer 2020 women’s collection, although items already made will continue to be sold. The move extends to its Miu Miu, Church’s and Car Shoe brands. Prada’s chief executive Miuccia Prada said: “The Prada Group is committed to innovation and social responsibility, and our fur-free policy – reached following a positive dialogue with the Fur Free Alliance”. Other luxury labels recently committing to fur-free include Versace, Gucci, Armani and Burberry. Animal charities are describing Prada’s move as one of the most significant fur-free fashion statements yet. PJ Smith, director of fashion policy at the Humane Society of the United States, said: “With Prada’s fur-free announcement, one of the biggest names in fashion just became a leader in animal welfare and innovation for generations to come.” (Sky; BBC)

BP shareholders back climate resolution in wake of meeting protests

BP shareholders have voted overwhelmingly in favour of a proposal to require the oil giant to disclose more information about how its business aligns with the goals of the Paris Agreement. More than 99 percent of shareholders approved a resolution calling for BP to publish more details about its greenhouse gas emissions and explain how its activities square with the Paris Agreement to keep global temperature rises “well below” 2⁰C. BP management had already backed the resolution, which was brought by Climate Action 100+, a coalition of investors managing $32 trillion in assets. The latest win means that BP will release more information in its annual report next year on the firm’s carbon emissions and whether its strategy is compliant with Paris Agreement goals. However, a subsequent resolution filed by Dutch investor group Follow This, which would have required BP to set binding targets on both its direct emissions and those caused by consumers using its products, was roundly rejected by more than 90 per cent of shareholders. (Business Green)

Image Source: Hi Alexa (Part I) by Rahul Chakraborty on Unsplash. Free to use.