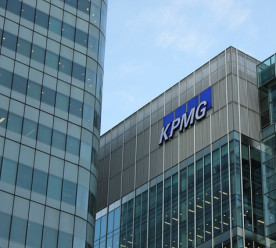 In a new report, non-profit Chatham House outlines the benefits for developing nations in investment in the recycling, reuse and repair sectors. The document states that such support could create millions of jobs and help mitigate both material costs of up to $630 billion annually by 2025 and a large proportion of the emissions associated with global manufacturing. For these benefits to be realised, the report urges national policymakers to “weave” circular economy principles into existing frameworks and to collaborate with neighbouring nations, local authorities and business. It additionally calls for international finance institutions such as The World Bank and the European Investment Bank (EIB) to invest more into developing regional trade and processing hubs for materials such as plastics, and to ensure that these funding decisions also champion other aspects of environmental and social sustainability. Unilever, Nestle, Diageo and Coca-Cola recently launched a joint initiative aimed at expanding the plastics recycling economy in Africa’s Sub-Saharan region. Such collaboration to support recycling in developing nations is encouraged in the report. (Edie)

Government should create a market for carbon removal to deliver net zero emissions by 2050, according to research

A new report published by the London School of Economics’  Grantham Research Institute on Climate Change and the Environment and the Economic and Social Research Council  argues a market for greenhouse gas removals in the UK is the best way to deliver net zero emissions by 2050. According to the study, companies should be able to bid for government contracts to remove carbon emissions from the air. It suggests that creating a market for ‘negative emissions’ – where technologies or natural projects are used to remove greenhouse gases from the atmosphere – would drive investment in crucial new approaches. The authors argue that hiking up carbon prices in certain key sectors, such as aviation, vehicles, and agriculture, could drive emissions reductions and efficiency gains in the short to medium term, while also generating revenue to help fund negative emissions approached elsewhere. However, the plan would likely face opposition from parts of heavy industry, where carbon prices have repeatedly been accused of undermining competitiveness, despite government schemes to provide financial assistance to carbon intensive companies. (Business Green)*

British regulators have called for “Big Four” auditor, KPMG, to be fined at least a record £12.5million for misconduct in its work for Bank of New York Mellon. The case relates to reports produced by KPMG on how BNY Mellon complied with rules on safeguarding client assets in 2011. The work, which referred to about £1 trillion of client assets held in custody by the US bank, did not meet UK standards designed to protect customers. KPMG have argued the fine should be no more than £1.4 million based on precedents from similar cases and the fact that the misconduct was unintentional, didn’t involve any criminality and none of BNY Mellon’s clients had lost money or assets as a result. The UK Financial Reporting Council, the audit industry’s watchdog, said the penalty would be justified because of the size of the US bank’s operations and the “truly exceptional” seriousness of the abuses. Due to the disagreement over the size of the fine an independent disciplinary tribunal will decide the appropriate sanction after the three-day hearing. (Financial Times)*

Fast food giant, McDonald’s Corp, was accused yesterday in 25 new lawsuits and regulatory charges of condoning sexual harassment in the workplace and retaliating against employees who speak up. The cases announced by the American Civil Liberties Union (ACLU), the labour group Fight for $15, and the Time’s Up Legal Defence Fund cover alleged misconduct at McDonald’s locations in 20 US cities. McDonald’s has faced more than 50 such charges and lawsuits in the last three years, the ACLU said. Last September, McDonald’s workers in 10 cities staged a one-day strike to protest alleged sexual harassment. More than 90 percent of McDonald’s restaurant locations are franchised, and the company has long maintained it should not be liable for how employees in franchised restaurants behave. Chief Executive, Steve Easterbrook, said his company has improved and more clearly defined its harassment policies, has trained most franchise owners, and will be training front-line employees and setting up a complaint hotline. (Thomson Reuters Foundation)

China approved its first consignment of subsidy-free wind and solar projects with a combined capacity of 20.76 gigawatts (GW), according to the country’s top planning agency this Wednesday. The news follows China’s vow in January to launch a series of unsubsidized renewable power projects this year to tackle a payment backlog amid a decline in construction costs in the sector. The National Development and Reform Commission (NDRC) also urged grid companies to sign long-term power purchase contracts with operators of the unsubsidized renewable projects, it said in a statement. A total of 56 wind power projects, 168 solar power projects and 26 pilot distributed renewable projects in 16 cities and regions in China were approved by the NDRC. By April, China had installed wind power capacity of 280 GW and solar capacity 130 GW, official data showed. (Reuters)