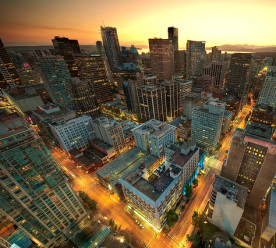 Collaborating with luxury fashion label, Stella McCartney, Google will build a cloud-based tool to improve data collection and analysis for the fashion industry, enabling key end-users to implement more sustainable management practices across the supply chain. At the Copenhagen Fashion Summit, the world’s leading business event on sustainability in fashion, Google announced that it is building a Google Cloud data analytics and machine learning service that will “give brands a more comprehensive view into their supply chain,” particularly at the level of raw production. The technology will be used to help brands estimate the environmental impact of items of clothing at the sourcing and design stages, enabling companies to focus their sustainability targets. The launch is in response to growing awareness around the environmental impact of the fashion industry that accounts for around 20 percent of wastewater and 10 percent of carbon emissions globally. (Edie; Independent)

Early this week, environmental reporting non-profit, CDP, published scores for 596 cities worldwide as part of its 2018 disclosure programme. This marks the first time CDP has released a list of the cities awarded an “A score”. Scores are based on how effectively cities are managing, measuring, and tackling greenhouse gas emissions, and adapting to climate-related risks including water security. Of the cities scored, 43 — which represent 7 percent— scored an A for climate leadership and action. Cities in the CDP A-List include Barcelona, London, Paris, Cape Town, Hong Kong, and San Francisco. Of the top scoring cities, thirteen set goals of becoming climate or carbon neutral by 2050. The Hague, Boston, and Sydney are among them. Kyra Appleby, global director for cities, states and regions at CDP, said: “Cities house more than half of the world’s population and are responsible for over 70 percent of the world’s energy-related carbon emissions, so they could make or break efforts to tackle climate change.” CDP says it named top ranking cities in a bid to drive up ambition in the face of growing urgency around climate change. (Environmental Leader)

In a first for the sector, the world’s fourth largest cement-maker, HeidelbergCement, has pledged to cut its emissions in line with Paris climate goals. Heidelberg, which operates in 60 countries, committed to reduce direct emissions by 15 percent per tonne of its products by 2030 from 2016 levels. The company also committed to cut indirect emissions by 65 percent a tonne within the same time-frame. The commitment is part of the company’s wider vision to realise carbon neutral concrete by 2050. Jennifer Gerholdt, corporate engagement director at We Mean Business, a coalition of companies promoting climate action, said Heidelberg’s commitment “is a powerful signal that the built environment is transitioning towards a zero-carbon future.” According to the International Energy Agency, the cement sector accounts for around seven percent of global carbon dioxide emissions and is one of the hardest man-made substances to decarbonise. (Business Green)

Huawei hits back over Trump’s national emergency on telecoms ‘threat’

Chinese telecommunications firm, Huawei, has hit back at Trump’s administration after it declared a national emergency to ban technology from “foreign adversaries” and subjected the company to strict export controls. The executive order was issued by the US president on Wednesday that empowers the government to ban the technology and services deemed to pose “unacceptable risks” to national security. In response, Huawei told the state-run Global Times that: “if the US restricts Huawei, it will not make the US safer… it will only force the US to use inferior and expensive alternative equipment, lagging behind other countries.” Critics argue that ban will have unintended consequences, spurring Chinese tech companies to accelerate their own capacity. This appears to be the case with Huawei. In an internal note to employees, He Tingbo, chief executive of HiSilicon, Huawei’s wholly owned semiconductor subsidiary, explained the company had turned its “Plan Bs into Plan As overnight.” Rather than relying on US chipmaker, Qualcomm, Huawei is now enhancing efforts to increase its own self-reliance, dropping ties with US suppliers. (The Guardian; Financial Times*)

A report commissioned by the UK’s second largest supermarket, Sainsbury’s, has estimated that a quarter of Brits could be vegetarian and half ‘flexitarian’ by 2025. Sainsbury’s ‘Future of Food’ report, foresees a continuing shift towards plant-based diets in the UK – vegetarianism increasing from 12.5 percent to 25 percent of the population – due to rising environmental, health, and animal welfare concerns. The report predicts alternative proteins such as banana blossom could be regularly seen on menus as a replacement for fish, while algae milk could become a popular plant-based drink alternative to nut-based versions of today. Additionally, the report suggests people will soon start feeling more comfortable eating insects, through products such as cricket flour and grasshopper pasta, which will help diversify human diets beyond the dominance of wheat, maize, rice, and soybean. The report also suggests that by 2050, cultured or lab-grown meat could move from expensive oddity to an everyday item for many consumers. (Business Green)