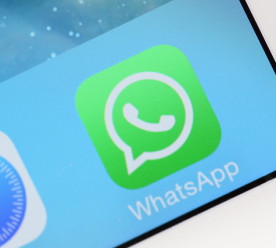 Australia’s largest pension fund, AustralianSuper, is strengthening its campaign for more women on boards. With almost all of the top 200 listed companies now having at least one female director, AustralianSuper is raising the bar and pushing for at least two women board members, said Andrew Gray, director of ESG and stewardship at the Melbourne-based fund. “Better gender diverse boards will have greater diversity of thought,” which is vital for long-term returns, Gray said. AustralianSuper’s move supports the Australian Council of Superannuation Investors’ (ACSI) recent drive to pressure Australia’s largest listed companies to improve board diversity. The group, which represents funds holding more than A$2.2 trillion in assets, has asked members to vote against either the chairman, chair or member of the nominations committee or the longest-serving director seeking re-election, at companies with poor gender diversity. More than a quarter of companies in the S&P/ASX 200 Index fall foul of AustralianSuper’s and ACSI’s new target of at least two women directors, including Cimic Group and Magellan Financial Group Ltd. Four companies, including TPG Telecom Ltd., have no female directors. (Bloomberg)*

A vulnerability in the messaging app WhatsApp has allowed attackers to inject commercial Israeli spyware on to phones, the company said. WhatsApp, which is used by 1.5 billion people worldwide, discovered in early May that attackers were able to install surveillance software on to both iPhones and Android phones by ringing up targets using the app’s phone call function. The malicious code, developed by the Israeli cyber intelligence company NSO Group, could be transmitted even if users did not answer their phones, and the calls often disappeared from call logs. The company is too early into its investigations of the vulnerability to estimate how many phones were targeted using this method. NSO’s flagship product is Pegasus, a program that can turn on a phone’s microphone and camera, trawl through emails and messages and collect location data. NSO advertises its products to Middle Eastern and Western intelligence agencies, and says Pegasus is intended for governments to fight terrorism and crime. However, NSO faces a legal challenge to its ability to export its software, which is regulated by the Israeli ministry of defence, as critics argue the spyware abuses human rights. (Financial Times)*

A coalition of business giants from across the food and drink sector, including Nestle, Tesco, Sainsbury’s and Waitrose & Partners, yesterday made a joint commitment to halve their food waste outputs by 2030, in line with the UN’s Sustainable Development Goals (SDGs). Convened by the Department for Food, Environment and Rural Affairs (Defra), the new ‘Step up to the Plate’ pledge commits signatories to align with SDG 2, Zero Hunger, by adopting WRAP’s food waste reduction roadmap. Defra’s new pledge additionally requires signatories to take part in the Department’s first Food Conversation Week of Action in November, which will highlight the changes all actors can make to reduce the 10.2 million tonnes of food wasted across the UK annually. Food business signatories must report annually on their food waste and use their voices to empower public behaviour change. The pledge is also open to non-commercial organisations and can be signed by individuals. Environment Secretary Michael Gove and Minister Thérèse Coffey were among the first to sign up to the commitment on an individual basis – a move which has seen them vow to change their shopping, cooking and food storage habits, and to encourage similar behaviour from their peers. (Edie)

Coffee giants, Starbucks and Mercon Coffee Group, separately announced sustainability-focused loan facilities on Monday, signalling the coffee sector’s growing emphasis on sustainability as climate change and low global prices threaten the future of the crop. Starbucks announced a $1 billion sustainability bond led by Morgan Stanley, its third such bond but largest to date, which will use its proceeds to supporting the purchase of ethically sourced coffee, farmer support programs, and the building of greener retail stores. Netherlands-based Mercon announced a $450 million sustainability-linked senior secured revolving credit facility, led by Rabobank, which will specifically fund initiatives related to sustainability. These initiatives will include programmes through which Mercon will offer technical assistance to farmers. Organizations and governments around the world are increasingly looking at how to support coffee farmers as coffee futures languish because of a global glut. Meanwhile, climate change is making it difficult to cultivate coffee in parts of the world that used to be growing areas, threatening many coffee species with extinction. (Reuters)

Singapore’s United Overseas Bank (UOB), Southeast Asia’s third largest bank, has announced it will stop funding coal-fired power plants to focus on funding renewable projects in the region. It is the third of Singapore’s big three banks to quit coal. The past month marks an important time for sustainable finance in Southeast Asia, with OCBC Bank declaring it would stop funding new coal-fired power stations on 15 April, and DBS Bank following two days later. UOB has stopped the financing of all new coal-fired power plants since January 2018. The move marks a significant change in stance from the bank, which had previously defended its position on coal lending, saying that fossil fuel stills play a role in supporting the region’s economic growth. Over the last five years, UOB has financed coal power deals worth $262 million. Singapore’s banks are the first in Southeast Asia to take a tougher stance on coal as the world’s financial services industry backs away from the fossil fuel, which is the single biggest contributor to man-made greenhouse gas emissions. (Eco-Business)

Image Source: Whatsapp by Tim Reckmann on Flickr. CC BY 2.0