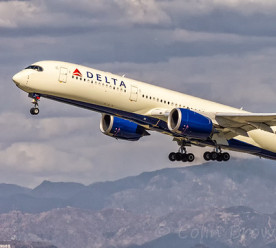 Supermarket giants Marks & Spencer, Tesco and Morrison’s, alongside British American Tobacco, have been named as the top four corporates leading the FTSE 100’s drive for better compliance with the Modern Slavery Act (MSA). Published by Development International, the 2019 Global Governance FTSE 100 Index ranks businesses based on whether they have published, as the MSA requires, a public statement on modern slavery this year or during 2018, and how strong these statements are. The top four companies remain unchanged from the 2018 edition of the rankings, while alcoholic beverage giant Diageo rose up the table to rank fifth. The top ten is rounded off by BT, Unilever, Rentokil, Pearson and Lloyd’s Banking Group. According to the index, 87 percent of the FTSE 100 firms to have reported on their modern slavery efforts in 2019 had demonstrated year-on-year improvement. Nevertheless, Development International emphasised the fact that the average overall score is still just 48 percent, indicating that wider progress on eliminating modern slavery is not being made fast enough. (Edie)

Delta Air Lines is hindering its employee’s unionization efforts through posters claiming that union dues would be better spent on “a new video game system.” While the airlines pilots and dispatchers are represented by their own union, other Delta employees do not have union representation. Employees involved in a unionization campaign for Delta’s ramp workers claim that the airline puts a cap on the number of hours part-time employees can work and provides expensive and inadequate health insurance. This is not the first time that Delta has been condemned for its anti-unionisation tactics. Last year, a leaked website called “Don’t Risk It. Don’t Sign It.”– the “it” being a union card –and posters claiming that the unions are run by rich people who aim to make money from poor unionized employees, prompted criticism from the public. Delta’s statement in response to the latest scandal, claims their “employees have the best total compensation in the industry, including the most lucrative profit-sharing programme in the world,” and Delta makes it clear that “deciding whether or not to unionize should not be taken lightly.” (Fast Company)

The University of Cambridge is planning to establish a research centre to develop radical ways to fix the Earth’s climate, the first of its kind in the world. The ‘Centre for Climate Repair’ will investigate geoengineering approaches to repair the climate, such as refreezing the Earth’s poles and removing CO2 from the atmosphere. Scientists, engineers and social scientists will collaborate under the initiative, which could lead to dramatic reductions in carbon emissions. One of the ideas being considered by scientists is spraying salt water high into the atmosphere to “whiten” clouds in the Arctic region to reflect heat back into space. Another proposal is “re-greening” and “greening” areas of the planet with vegetation, on sea and on land, to remove carbon dioxide from the air. Some geoengineering approaches, such as ocean greening that could potentially disrupt the ecosystem, have previously been thought of as unsuitable, but are now being considered due to fears that current carbon reduction approaches alone will not stop climate change’s dangerous and irreversible damage to the planet. (BBC; The Ecologist)

UN Secretary-General, Antonio Guterres, has warned countries to stop building new coal from next year or face “total disaster.” In an interview with the Associated Press, the UN Secretary-General declared countries should call time on new coal-fired power plants from 2020 and to put a price on carbon emissions, warning inaction on climate change could bring “total disaster” to the world. This news comes after the National Grid revealed on Wednesday that the UK’s domestic electricity grid has been operating without any energy generated through coal plants for one week, the first time since the Industrial Revolution. The global pipeline for new coal projects has shrunk in recent years, as environmental regulations have tightened and competition from low cost renewables and gas has intensified. However, it remains far from clear whether major developing nations such as China and India would countenance ending development of new coal plants as early as next year, given both are still building out coal-fired power stations with more in the pipeline for well beyond 2020. (Business Green)

One of Facebook’s co-founders, Chris Hughes, has called for the social network to be broken up by regulators, arguing that CEO Mark Zuckerberg’s “unchecked power” has created a monopoly and given him “unilateral control over speech”. Hughes, one of Facebook’s earliest employees, said on Thursday that Zuckerberg’s pursuit of market domination had “erased competition from the social networking category”. He also criticised his co-founder for poor corporate governance. In an opinion piece in the New York Times, Mr Hughes urged the US Federal Trade Commission and the justice department to “undo” Facebook’s acquisitions of Instagram, the photo-sharing app, and the WhatsApp messaging app, and to ban future mergers “for several years”. He also called for the creation of a new government agency to regulate tech companies, with privacy as a priority. Democratic senators including Elizabeth Warren and Richard Blumenthal have also called for the break-up of Facebook, as the social network tries to settle mounting legal and regulatory woes related to data privacy concerns. (Financial Times)*