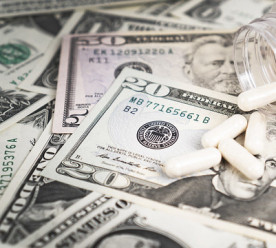 The Federal Reserve is taking steps to prepare the American financial system for the effects of climate change, according to Federal Chairman Jerome Powell. However, Powell noted that climate-related risks do not fit squarely within the central bank’s existing framework for assessing financial stability. According to Powell, the Federal Reserve currently views climate risks through the lens of potential “shocks to the system” in the form of severe weather events, rather than as a systemic vulnerability. The 12 regional reserve banks that operate under the Federation’s supervision are prepared to meet increased demand for cash related to disruptive weather and the central bank plays a critical role in ensuring financial markets can recover and resume activities following natural disaster, Powell claims. However, senior US Senator from Hawaii, Brian Schatz rebuked Powell’s stance, stating that the American financial system “is in direct contrast to almost every other industrialized country and their regulatory agencies” who are “taking financial risk related to climate change seriously.” (CNBC)

Governments need to increase investment in nature restoration and raise the tax burden on companies that degrade wildlife, according to a report by the Organisation for Economic Cooperation and Development (OECD) given to the G7 countries. The proposals are part of a growing debate on how to radically change humanity’s relationship with nature in the wake of a new UN report that showed an alarming decline in the Earth’s life-support systems. Head of the OECD, Angel Gurría, highlighted that environment-related taxes currently accounted for only 1.6 percent of global economic output. The balance of incentives also needs to shift, according to the OECD report, which found that finance flows for biodiversity may be as little as £38 billion a year, which is just a tenth of the subsidies paid to fossil fuel companies and agribusiness, the main drivers for the climate breakdown and ecosystem collapse. The OECD expects opposition to the proposed transformative change from those with vested interests in the status quo, but “such opposition can be overcome for the broader public good.” (The Guardian)

Singapore has passed sweeping legislation to tackle the spread of false information online but has alarmed technology companies, academics and human rights groups who worry about the power it grants the government. Under the new law, Singaporean authorities can publish corrections alongside claims about public institutions that it deems false. Those who publish false statements with “malicious intent” face criminal sanctions, including fines of up to S$1 million ($740,000) and jail sentences of up to 10 years. Singapore’s legislation will also apply to platforms with end-to-end encryption such as the Facebook-owned messaging app, WhatsApp. A spokesperson for Google, which has its Asia-Pacific headquarters in Singapore, said that the company was “working hard” to address misinformation and was “concerned that this law will hurt innovation and the growth of the digital information ecosystem.” Deputy director at Human Rights Watch in Asia, Phil Robertson, raised further alarm, referred to the passing of the bill as “the day internet freedom in south-east Asia first came under the thumb of unaccountable government authoritarians.” (Financial Times)*

Drugmakers told to disclose prices in US TV ads

Drugmakers are being told to show the list price of their products when they are advertised on US television, according to a new disclosure rule announced by US Health and Human Services Secretary, Alex Azar. The rule covers any drug with a list price over $35 for a month’s supply or for a normal course of treatment and which is covered by Medicare, the US government-backed healthcare plan for seniors, or Medicaid, which covers low-income Americans. However, the rule will be enforced by the industry itself – if a drugmaker does not include the price, its rivals will be able to sue claiming unfair competition. The move comes as the Trump administration seeks to bring down the cost of pharmaceuticals — a policy goal shared by the White House and congressional Democrats. The rule has faced backlash from the pharmaceutical industry. The president of the industry lobby group PhRMA, said the final rule may violate First Amendment rights to free speech, and could create operational challenges, including implementing it within 60 days as required. (Financial Times)*

A $1.7 million Google grant will see satellite imagery used to track emissions from the world’s largest power plants. The new project, led by sustainable investment thinktank Carbon Tracker, is set to ensure anyone with an internet connection can track carbon emissions from the world’s largest power plants, monitoring in real-time their contribution to a warming planet. The scheme aims to hold power plants accountable to environmental standards and boost the effectiveness of advanced emissions reduction technologies, through Google AI Impact Challenge funding. The project will be run in collaboration with tech non-profit Watt Time and the World Resources Institute (WRI), which maintains the world’s most comprehensive Global Database of Power Plants. AI technology will use the image processing algorithms, including thermal infrared technology, to detect signs of power plant emissions, drawing on multiple indicators to identify them. Indicators will then measure carbon emissions from each plant, making the data available to the public. (Business Green)

Image Source: Healthcare by Pictures of Money on Flickr. CC BY 2.0